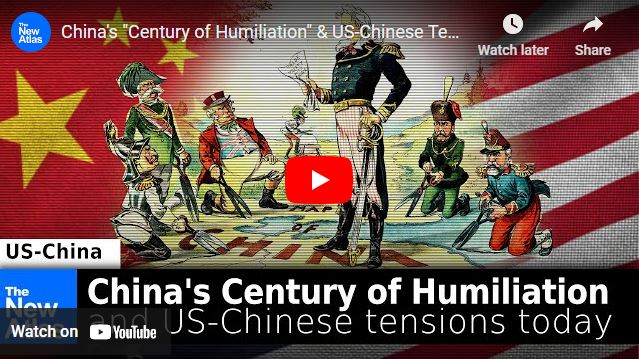 This is a long, but extremely informative explanation of China’s “Century of Humiliation” and will leave no doubt in your mind as to why China wants a unified society and a powerful military.

Historian Carl Zha of the Silk & Steel podcast joins me to talk about China’s “Century of Humiliation” at the hands of Western powers and how it connects directly to US-Chinese tensions today.

– How the US has repeatedly made treaties and agreements with China only to betray them when US interests demand;

– The threat China faced for lacking a strong military and a unified population;

– The clear motivations China has for a military and political system used to protect itself from further interference and exploitation;

New Atlas LIVE: Protests in China, US Setbacks in Taiwan

China Keeps Aggressively Surrounding Itself With US Bases: Notes From The Edge Of The Narrative Matrix