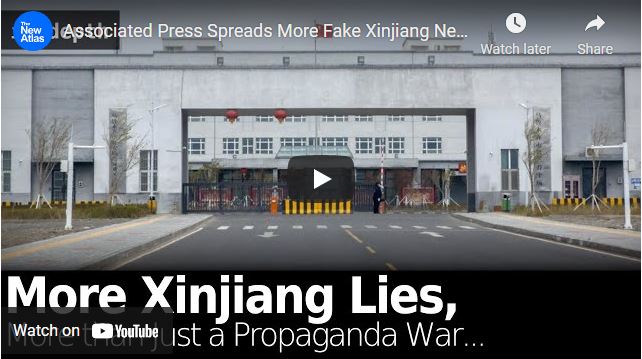 AP visits a detention center in Xinjiang it claims can hold up to 10,000 (based on satellite images) but admits there were no signs of torture or abuse, and that not even half of the alleged 10,000 detainee capacity was used.

AP tries to downplay the terrorism that prompted security measures in Xinjiang – terrorism AP had admitted was widespread – even global as recently as 2017 when arrests – according to a graph in its most recent article – spiked.

I break down the ongoing propaganda campaign the West continues to wield against China regarding Xinjiang and explain just how utterly dangerous – perhaps more so than most think – this propaganda war is.

In 2018 the US Was at War With Uyghur Terrorists. Now It Claims They Don’t Even Exist