HOME / WORLD / Why Wasn’t There Any Post-Election Turmoil In Tajikistan? 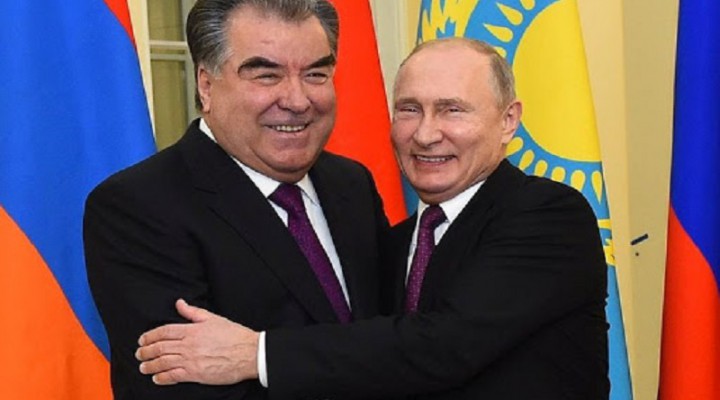 Unlike fellow former Soviet Republics Belarus and even neighboring Kyrgyzstan, Tajikistan’s latest elections didn’t result in any turmoil even though one might have expected it to have due to some similarly discernible risk factors, but that wasn’t the case (at least not yet) for five primary reasons.

Tajikistan’s latest elections came and went without any turmoil unlike the recent ones in fellow former Soviet Republics Belarus and even neighboring Kyrgyzstan, the first of which is now in the midst of an ever-intensifying Color Revolution while the latter just experienced a successful regime change operation which led to the president’s resignation. Some observers expected Tajikistan to follow in their footsteps, especially since it has some similarly discernible risk factors such as a long-serving ruler, an impoverished population (even before the onset of World War C), and a history of internationally criticized election results (to put it mildly). The very fact that this wasn’t the case, however (at least not yet), can be attributed to five primary factors:

Tajikistan’s former civil war from 1992-1997 was a complex conflict with regional, clan, and religious dimensions. It’s estimated to have killed at least 65,000 people and internally displaced 20% of the population. President Rahmon, who first took office at the beginning of the conflict, still rules the country to this day. Although some members of the population might still be unhappy with him or eventually became fatigued after his nearly three-decade-long rule, they all remember what a tragedy the civil war was and few want to risk doing anything that could repeat it, such as unleashing a Color Revolution or returning to anti-state militancy.

Even among those “well-intended” members of society who might silently wish for profound political change, they’re keenly aware of the ISIS-K terrorist threat in neighboring Afghanistan. In the event that Tajikistan is destabilized because of post-electoral unrest, the world’s most notorious terrorist group might be able to more easily exploit events in order to establish a territorial foothold in Central Asia. Lucid memories of the former civil war already act as a powerful regime change deterrent for many, but for the most “passionate” among them who might still clamor for change, then the threat of ISIS-K might deter all but the most radical “activists”.

* The “Islamic Renaissance Party” Is Banned & Foreign-Linked NGOs Are Regulated

The “Islamic Renaissance Party” (IRP) played a key role supporting the opposition during the civil war and resultantly earned the right to be legalized as the only such Islamist party in the region after the conflict ended. It was once again banned five years ago and subsequently linked to several terrorist attacks in the country. Some Westerners argue that banning it radicalizes its members, but one can also argue that the IRP was already becoming a front for radical goals. Tajikistan’s regulation of foreign-linked NGOs complemented its crackdown on the IRP by reducing external influence over its domestic political processes, thus stabilizing the state.

Objectively speaking, Tajikistan’s contemporary politics are a textbook example of a “strongman” system. President Rahmon has thus far succeeded in keeping regional and clan conflicts under control unlike neighboring Kyrgyzstan which jettisoned its “strongman” model after its Color Revolutions in 2005 and 2010. As can now be seen, so-called “democratic” Kyrgyzstan (as described by its many NGOs’ Western patrons) is much more unstable than “strongman” Tajikistan, which vindicates many of the controversial moves that President Rahmon made during his time in office. To his credit, he’s kept the peace for almost a quarter of a century.

Tajikistan is Russia’s first line of defense from Afghan-emanating Hybrid War threats, both those related to ISIS terrorism and also the “Weapons of Mass Migration” which might be driven from the Central Asian region to the Eurasian Great Power due to the first-mentioned trigger factor. It’s likely a lot easier for Russian intelligence to thwart these threats by cooperating real closely with its political allies within a “strongman” system compared to a “democratic” one like in Kyrgyzstan. It therefore can’t be ruled out that Russia played a leading role behind the scenes in ensuring that there wasn’t any post-election turmoil in Tajikistan.

The five primary factors that were elaborated upon above help explain why Tajikistan didn’t become destabilized after its latest election unlike Belarus and Kyrgyzstan. That said, instability might eventually erupt in the country if the younger generation has little to no memory of the civil war and becomes politically and/or religiously radicalized through the internet. It’s difficult for a faraway observer such as the author to measure those variables, though they mustn’t be discounted in principle since they represent latent threats that could spiral out of control if left unchecked. One should assume that there are domestic and external forces interested in exploiting them, but the speculated role that Russian intelligence plays in securing the country’s political stability should hopefully suffice for ensuring that no such dark scenarios transpire anytime soon.

The Kyrgyz Compromise: Submitting To The Color Revolution Or Pragmatic Move For Peace?

0 thoughts on “Why Wasn’t There Any Post-Election Turmoil In Tajikistan?”