What Just Happened In Jordan? 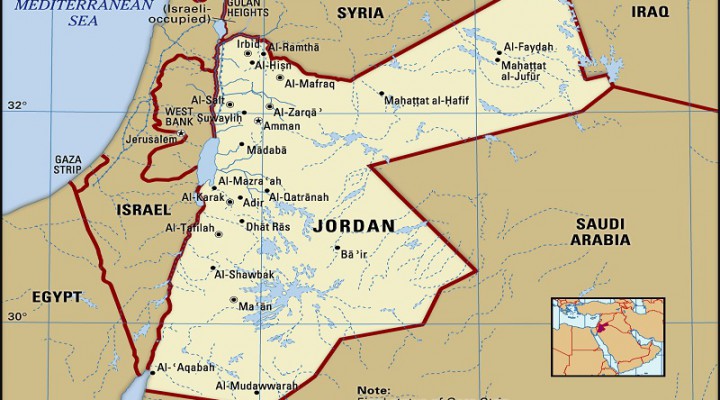 Last weekend’s arrest of several prominent people in Jordan, including the unofficial house arrest of former Crown Prince Hamzah, on suspicion of conspiring to destabilize the country in possible coordination with foreign intelligence agencies is more than likely a preemptive security operation aimed at thwarting a latent threat and not an urgent response to what some have feared was an imminent regime change attempt.

An Unexpected Conspiracy In The Heshemite Kingdom

Jordan is one of those few countries that’s friends with everyone and enemies with no one, which is why the world paid attention last weekend after the arrest of several prominent people on suspicion of conspiring to destabilize the country in possible coordination with foreign intelligence agencies. This included the unofficial house arrest of former Crown Prince Hamzah, who subsequently released footage of himself condemning alleged corruption in the monarchy that he claimed was responsible for worsening his citizens’ living standards, after which he pledged loyalty to King Abdullah II to de-escalate the crisis (presumably while under pressure). Former Crown Prince Hamzah had also reportedly met with some tribal leaders who’ve purportedly been unhappy with the stagnant – if not, according to some accounts, gradually deteriorating – socio-economic situation in the Kingdom. Amman has since banned all coverage of this palace scandal on traditional and social media in an attempt to quell the uncertainty that it provoked in this so-called “oasis of regional stability”.

These fast-moving developments prompted a lot of speculation about what might really be going on behind the scenes, especially concerning the possible role of foreign intelligence agencies. It can’t be known for sure, but it doesn’t seem like there was any imminent regime change attempt that was thwarted at the last possible minute by the security services. Rather, it appears to be the case that the government staged a preemptive security operation after finally obtaining enough indisputable evidence that something foul was afoot, hoping to nip this latent threat in the bud long before it blooms. Some have suggested that the connections that two of the detained individuals have with Saudi Arabia hints at Riyadh’s covert involvement in recent events. Others, meanwhile, saw a hidden “Israeli” hand behind everything due to the Mossad ties that the businessman who reportedly offered to fly former Crown Prince Hamzah out of the country is alleged to have. It’s unlikely, however, that those secretly allied governments played any significant role in what just happened in Jordan.

It’s an open secret that foreign intelligence agencies, especially those based and/or active in the Mideast, cultivate a broad network of agents, informants, and “useful idiots”. Neither Saudi Arabia nor “Israel” have any serious problems with Jordan that can’t be amicably resolved, and therefore wouldn’t benefit from a destabilizing regime change in the neighboring kingdom between them. It’s therefore likely the case that while both of their intelligence agencies probably at least have some indirect presence close to the Jordanian royal family, they each lack the strategic motivation whether unilaterally or jointly with one another to overthrow King Abdullah II. In all likelihood, they might have been aware of former Crown Prince Hamzah’s recent meetings with increasingly unhappy tribal leaders and perhaps even his speculative resentment at being passed over for the throne by the current King in favor of the latter’s son in 2004, but it’s doubtful that they sought to operationalize this in any way. They likely only observed and monitored it, that’s all.

A Possible Disruption To The “Phased Leadership Transition”?

This brings the analysis around to discussing the domestic situation in Jordan. Many people are reportedly unhappy with everything there, and have allegedly been so for quite a while already, but the majority of the population is also loyal to the royal family and doesn’t seem to harbor any serious aspirations of replacing it with a republican form of government or any other. Like all monarchies, Jordan will inevitably undergo a “phased leadership transition” one way or another when power is transferred from the current King to his successor at some point in the future, but it’s here where the security services might have feared that a speculatively resentful former Crown Prince Hamzah might try to make a last-ditch move in an attempt to reassert what he and his unclear network of supporters (likely a combination of civil society elements, tribal leaders, and perhaps even some members of the royal family) believe is his rightful claim to the throne. They therefore probably acted preemptively in order to thwart that scenario before it had a chance to materialize.

As it stands, Jordan’s stability doesn’t seem threatened. Palace intrigue is normal in any monarchy, just like intrigue between members of a democracy’s permanent military, intelligence, and diplomatic bureaucracies (“deep state”) is too, but it was nevertheless unexpected that something so dramatic took place in Jordan last weekend since few thought that such intrigue had became so intense to warrant such a high-profile security response. At the very least, former Crown Prince Hamzah’s reported closeness with increasingly frustrated but also supposedly influential tribal leaders was a cause of serious concern for the Kingdom’s security services since they feared that it represented a latent regime change threat which might materialize in the midst of the inevitable “phased leadership transition” from King Abdullah II to his son sometime in the future. There might even be a bit more to it than just that, but it’s extremely unlikely that any such speculation will ever be confirmed. For now, King Abdullah II doesn’t seem to have anything to worry about except for the economy.

What happened in Jordan?

0 thoughts on “What Just Happened In Jordan?”