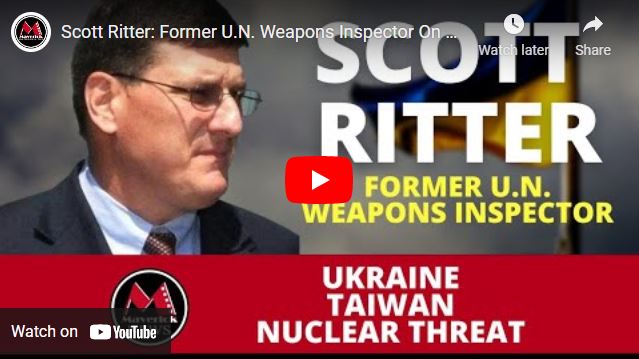 Scott Ritter talks about the Ukraine Conflict and why NATO plans to train more Ukrainian troops will fail. Other subjects include rising tensions between China and the United States over Taiwan, and his perspective on the FBI raid on Donald Trump’s residence at Mar-a-Lago.

‘US destabilizing world by irresponsible push for expansion of NATO’

Russia vs. Ukraine: Who Has Better Weapons?