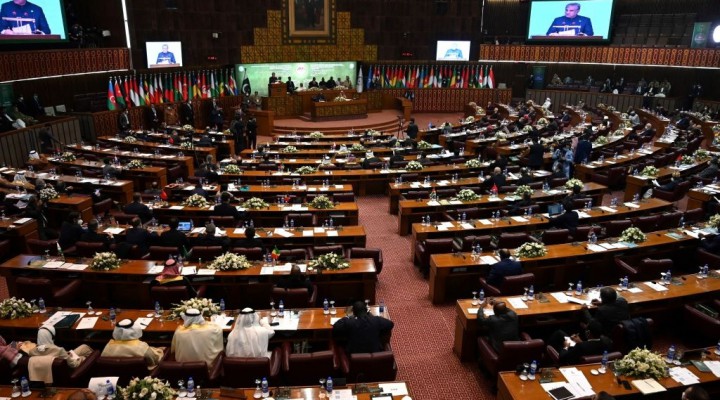 Exclusive- Pakistan hosted an extraordinary session of the Organization of Islamic Cooperation (OIC) over the weekend aimed at averting Afghanistan’s impending humanitarian crisis. The war-torn country is presently suffering from famine and still remains at very serious risk of terrorist threats. The US’ freezing of Afghanistan’s funds and the pressure it put upon the IMF and World Bank to suspend aid to it have complicated this sensitive situation even more. The OIC meeting was the largest Afghanistan-focused gathering in decades and was attended by representatives from major powers like the US and Russia.

This was a step in the right direction but much work still remains to be done. The only tangible outcome of this summit was the shared desire to establish a Humanitarian Trust Fund (HTF) for Afghanistan under the auspices of the Islamic Development Bank. The OIC also called on its members and their partners to announce pledges to this fund. They all agreed to do whatever they can to encourage the unfreezing of Afghanistan’s financial assets abroad too, which implies that they regard the US’ related decision to freeze its funds as regionally destabilizing.

None of the participating countries recognize Afghanistan’s de facto Taliban-led government as legitimate, and some such as Russia still officially regard them as terrorists. Nevertheless, Moscow and all others are still pragmatically engaging with them out of their shared interests in peace, stability, and development. They know that Afghanistan’s further collapse following America’s chaotic withdrawal in August could create an unprecedented refugee crisis that’ll inevitably spill over into Europe and other regions. That’s why it’s so urgent of a priority for them to stabilize that country as soon as possible.

Pakistan was able to present itself as part of the solution instead of the “problem” that it’s previously been considered by some like the US to be. By hosting this extraordinary summit and taking the lead to propose all sorts of options for resolving this crisis, that country successfully reshaped some international perceptions. At the very least, its fellow OIC members all acknowledge that Pakistan is the most crucial international stakeholder in Afghanistan’s stability, which is why all of its proposals should be considered sincere since it’ll suffer the most if that neighboring country further collapses.

Another supplementary benefit of last weekend’s summit is that Pakistan also showed the world that it isn’t “isolated” like some have claimed in recent years. To the contrary, the above-mentioned observation of the responsible role that Pakistan plays in resolving this globally significant crisis means that the entire world is depending on it to various extents. This can in turn be leveraged by that country to more actively engage foreign partners, get them to reconsider their prior perceptions of Pakistan, and explore new opportunities for cooperation, especially when it comes to stabilizing Afghanistan.

With this in mind, the OIC Summit wasn’t just a step in the right direction for Afghanistan and thus the broader region due to its direct stakes in that country’s stability, but also particularly for Pakistan when it comes to the realm of international perceptions. Islamabad successfully hosted one of the largest summits in decades outside of the UN’s aegis. It brought together dozens of stakeholders in order to brainstorm solutions to Afghanistan’s interconnected crises. Even though wasn’t much achieved in terms of substance, Pakistan ensured that the international community remained focused on this issue.

Afghanistan: between pipelines and ISIS-K, the Americans are still in play

Scott Ritter Talks About The Drone Strike That Killed 7 Children

ISIS-K is taking over Afghanistan. The US is to blame