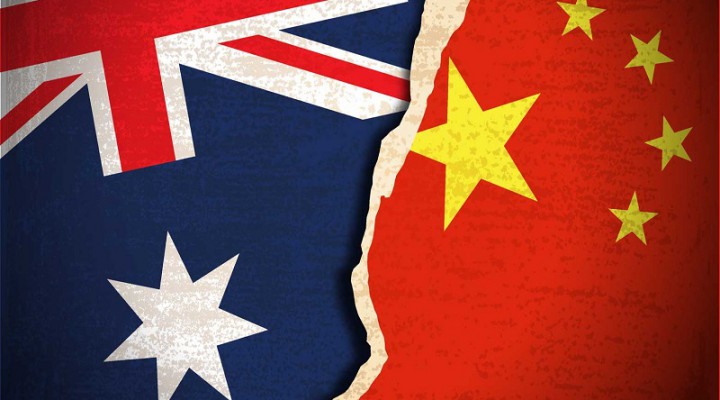 The Quad is against China in all respects, especially when it comes to military and economic affairs. Canberra’s canceling of Victoria’s two BRI agreements is therefore consistent with this unstated but increasingly obvious strategy.

The Australian federal government recently canceled two Belt & Road Initiative (BRI) deals that the state of Victoria signed with China in 2018 and 2019 as part of its new policy enabling the central authorities to overrule international agreements clinched by lower-level administrative entities. China vowed to respond to this extremely unfriendly move which further worsens their bilateral relations after several years of steady decline due to Australia’s unprovoked actions against the People’s Republic. Examples of the latter prominently include politically meddling in Hong Kong and promoting harmful conspiratorial claims about COVID-19’s origins.

The latest developments amount to a serious escalation in the ongoing Hybrid War on BRI, which Australia arguably committed at its American ally’s behest. The two nations are part of the emerging Quad military bloc in what both countries regard as the “Indo-Pacific”. Plenty of observers have voiced concern that this growing network is aimed at containing China, which is seemingly proven by what just happened. The Quad is against China in all respects, especially when it comes to military and economic affairs. Canberra’s canceling of Victoria’s two BRI agreements is therefore consistent with this unstated but increasingly obvious strategy.

What’s even more disturbing about all of this is that Australia voluntarily joined the Regional Comprehensive Economic Partnership (RCEP) last November alongside China and over a dozen other regional nations. The expectation among many, however naive in hindsight, was that Australia would moderate its approach towards China and perhaps enter into a long-overdue rapprochement with its top trade partner. Alas, that doesn’t seem to have much chance of happening now that the country canceled those two BRI deals which were supposed to serve as flagship projects of cooperation between them heralding in a new era of economic cooperation.

American strategists must be delighted that they succeeded in convincing their junior Australian partners to sacrifice their own economic interests out of political solidarity with Washington, albeit on the pretext of so-called “national interests”. Regarding that flimsy justification, which has recently been bandied about with abandon in Australia, it’s vague enough to be used as a pretext for anything actually. The appeal to “national interests” also automatically attracts the support of nationalist elements in society who are programmed to positively respond to anything that the authorities say is in advance of that concept.

Objectively speaking, it’s actually against Australia’s national interests to cancel its BRI deals. For starters, they were agreed to by two internationally recognized governments, albeit Victoria’s being a state one and not federal. This means that abruptly canceling them on a vague pretext harms Australia’s reputation by making it appear unreliable, especially since many suspect that it did so to please its American ally. Secondly, the federal government could have at least in theory attempted to renegotiate parts of these deals if it really had a problem with them instead of just scrapping both of those pacts entirely. This hints at its ulterior motives.

It’s understandable that some countries have complex relations between their state and central governments, especially those nations that practice Western forms of democracy and whose concept of “national interests” could possibly change every few years after the next election. Nevertheless, domestic disputes between administrative entities mustn’t result in international implications like what just happened in terms of greatly harming Chinese-Australian relations. The very fact that this occurred in a country that proudly presents itself as a politically stable model for others proves just how destabilizing democratic systems can sometimes be.

The Australian people must realize that their understanding of “national interests” is being manipulated by some of their authorities and the latter’s foreign allies in America as part of the Hybrid War on BRI, which is a major component of the larger Hybrid War on China. It’s a pity that their objective economic interests are being sacrificed as part of this aggressive scheme. The only ones who will suffer are those same Australian people, many of whom had high hopes about taking their countries’ promising economic ties with China to the next level through BRI. It can only be hoped that their authorities regain their senses and reverse this latest move.

What is Australia’s Problem with China?

Australia: Willing Pawn in US Struggle with China