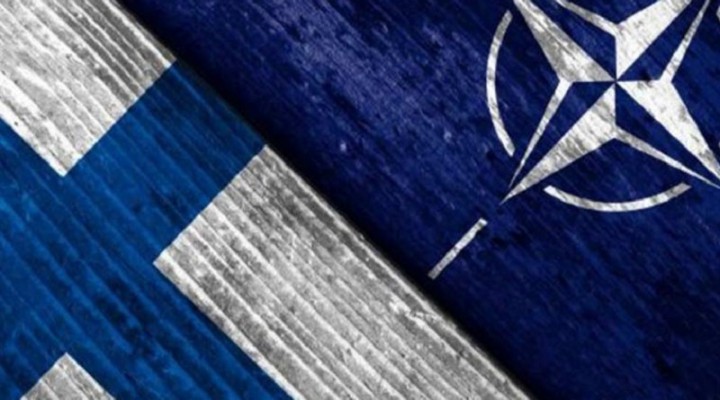 These analyses of the unstated motives behind Finland’s planned membership in NATO are credible since it was none other than that country’s ambassador to the bloc who discredited his country’s pretext for joining by telling CNN that Russia doesn’t constitute a “direct military threat” to it.

The US-led Western Mainstream Media’s narrative related to Finland’s planned application for membership in NATO is that it needs the bloc’s nuclear umbrella in order to ensure its national security interests against Russia. According to them, Moscow’s ongoing special military operation in Ukraine poses an unprecedented threat to its territorial integrity, ergo accelerated push to join this anti-Russian alliance. That pretext was just discredited by none other than Finland’s Ambassador to NATO, however, in an interview that he recently gave to CNN.

Klaus Korhonen told the outlet that he doesn’t see any “direct military threats” from that neighboring nation and only expects cyberattacks and disinformation from it, which he in any case described as “nothing new”. The joint statement from his President and Prime Minister earlier this week confirming their intentions to join the bloc also didn’t mention any imminent military threat connected to Russia’s special operation in Ukraine like the Mainstream Media claims has suddenly materialized since the onset of that campaign on 24 February. This raises serious questions about why Finland wants to join NATO.

In all actuality, it’s already an informal member of “Shadow NATO”, which refers to its interoperability and close coordination with that alliance despite not falling under its nuclear umbrella. Joining the bloc is therefore pretty much just a formality, one that’s most immediately designed as an information warfare provocation to be manipulated by the Mainstream Media for the purpose of claiming that Russia’s special military operation in Ukraine was “counterproductive”. The narrative goes that since Russia intervened after NATO crossed its red lines there, it’s against its interests for Finland to now join.

That’s technically true since Russia is always against the expansion of this adversarial alliance closer to its borders, which in the case of Finland’s incorporation would result in NATO directly appearing on over 800 miles of that targeted country’s doorstep. This means that Finnish membership is actually meant to serve as a military provocation for escalating the NATO-led proxy war on Russia through Ukraine by potentially opening up another long-term front, albeit not a hot one but nevertheless a theater where “missile defense systems” and strike weapons could potentially be deployed one day.

Nobody should doubt Russia’s capability to ensure its national security red lines along that Arctic front even without commencing a kinetic operation modeled off of the Ukrainian one prior to Finland’s formal membership in NATO since the strategic dynamics are very different than the ones in that former Soviet Republic from where the bloc could have conventionally invaded Russia in the coming future like President Putin warned on 24 February. It’s therefore a security irritant to Russia but not an insurmountable one like if Ukraine joined NATO then proceeded to attack Crimea, for example.

There’s an ulterior motive driving Finland’s membership in the bloc and that’s the precedent established by the US extending so-called “security assurances” to it in the interim period before it formally joins. This is relevant with respect to the Asia-Pacific whereby AUKUS could team up with Japan to extend similar such assurances to Taiwan in order to create maximum ambiguity about whether they’d directly intervene in the event that the island one day becomes embroiled in a hot war with the mainland. By “normalizing” these assurances, the US might hope to hold them as a Damocles’ sword over China.

These analyses of the unstated motives behind Finland’s planned membership in NATO are credible since it was none other than that country’s ambassador to the bloc who discredited his country’s pretext for joining by telling CNN that Russia doesn’t constitute a “direct military threat” to it. This debunks the US-led Western Mainstream Media narrative about why that country supposedly needs come under its nuclear umbrella as soon as possible, which in turn reveals that nothing is as it seems whenever it comes to the “official explanation” about anything related to Russia.