HOME / SOCIAL/CULTURAL / Alt-Media Is Lying: ISIS-K Isn’t Fake, Russia’s Been Warning About It For Years! 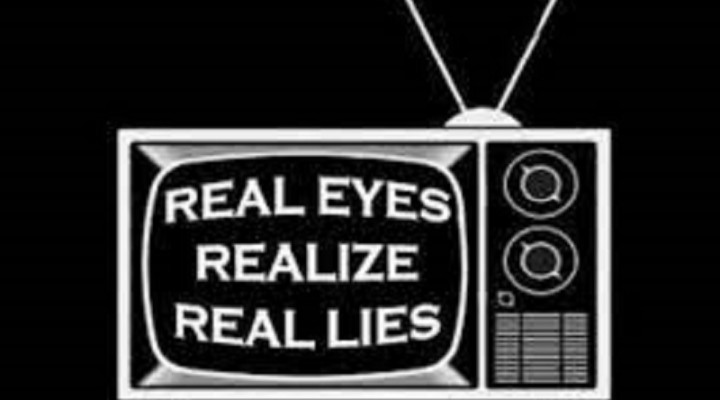 Hopefully those who’ve been misled by these influential voices will challenge them to publicly account for their lies by confronting them with the facts that were shared in this analysis in order to restore integrity to the community.

Influential voices in the Alt-Media Community have recently begun implying that no such thing as ISIS-K exists after the terrorist group took credit for Thursday’s attack against the Kabul Airport and one of its organizers was subsequently assassinated by the US in eastern Afghanistan. The emerging narrative is that the American government simply invented this group out of thin air and that it’ll now be exploited as the pretext for continuing the country’s militancy in the region. While it’s unclear whether the US will continue bombing it in Afghanistan from time to time, there should be no doubt that the Alt-Media Community is once again lying to its audience by pretending that ISIS-K is fake since Russia’s been warning about the group for years already.

Here are six reports from publicly financed Russian media over the years that confirm the group’s existence:

Many more such examples abound but these should be sufficient for proving the point.

In fact, the piece about the Pentagon’s response to Russia’s warnings actually shows that the US initially downplayed this threat. Interestingly, this means that those in the Alt-Media Community who imply that ISIS-K is fake are actually regurgitating the US government’s outdated narrative from several years ago whether they’re aware of this or not. In addition, Russian Special Presidential Envoy to Afghanistan Zamir Kabulov said earlier this month that the Taliban fights “viciously” against ISIS in Afghanistan and that its top representatives personally told him that “there will be no captives.”

Russian Foreign Ministry spokeswoman Maria Zakharova also officially accused the US over the summer of supporting ISIS-K, which built upon prior comments from her country’s representatives over the years about unmarked helicopters conducting flights in areas where those terrorists were active. According to publicly financed TASS‘ report about her claims, “It would have been impossible to carry out such activities unbeknownst to the US and NATO forces that had complete control of Afghanistan’s airspace.” She also referenced local reports alleging that “this is how terrorists received reinforcements and evacuated the wounded, as well as dead bodies.”

This suggests that the US supported ISIS-K’s rise in Afghanistan just like it supported the original organization’s rise in Syria and Iraq. That, however, doesn’t mean that either group is completely US proxies and that literally every single thing that they do is authorized by America. Rather, it appears as though the US decided to cultivate those groups as “autonomous proxies” in their fight against common foes, which are the Taliban in Afghanistan and the Syrian Arab Army (SAA) in Syria. It “corralled” them in the direction of shared interests but doesn’t fully control them. This method is commonly employed by intelligence agencies the world over but also sometimes backfires against them as seen by ISIS’ and ISIS-K’s attacks against American interests.

The Alt-Media Community would therefore be correct in concluding that the US contributed to ISIS-K’s rise but would be wrong to claim that it fully controls them. Nevertheless, no one should deny that the group exists since it’s been proven in this piece that Russia’s been warning about it for years. Those who claim otherwise are simply manipulating their audience by exploiting their tendency to instinctively reject the Mainstream Media narrative about everything and automatically believe the opposite of whatever they’re being told. Hopefully those who’ve been misled by these influential voices will challenge them to publicly account for their lies by confronting them with the facts that were shared in this analysis in order to restore integrity to the community.

0 thoughts on “Alt-Media Is Lying: ISIS-K Isn’t Fake, Russia’s Been Warning About It For Years!”