HOME / WORLD / Trump To Move US Troops from Syria to Iraq to “Watch” Iran, “Protect Israel”

Trump To Move US Troops from Syria to Iraq to “Watch” Iran, “Protect Israel” 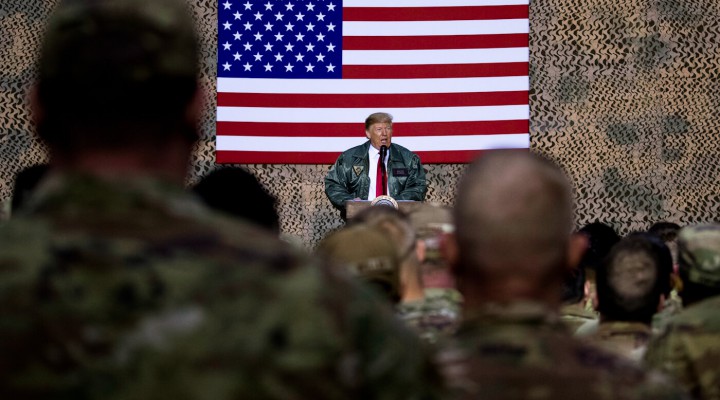 In a pre-Super Bowl interview on Sunday, President Donald Trump discussed his plan for a troop withdrawal from Syria, which, as it turns out, doesn’t involve many troops vacating the Middle East. Instead, Trump said the troops would mostly be “going to our base in Iraq.”

CBS’s Margaret Brennan held a wide-ranging interview with Trump, in the course of which she asked him about the intelligence community’s “concern” that a “vacuum” left by the U.S. pullout could cause a “resurgence of ISIS.”

Brennan pressed the president on a timeline for the “withdrawal” (read: relocation), but Trump wouldn’t give an estimate, saying “We have to protect Israel. We have to protect other things that we have.” It isn’t clear what U.S. assets Trump is looking to safeguard.

Have the troops and their families been informed that they have been sent far, far away to fight and possibly die to “protect Israel?” https://twitter.com/RealAlexRubi/status/1092515856897191942 … 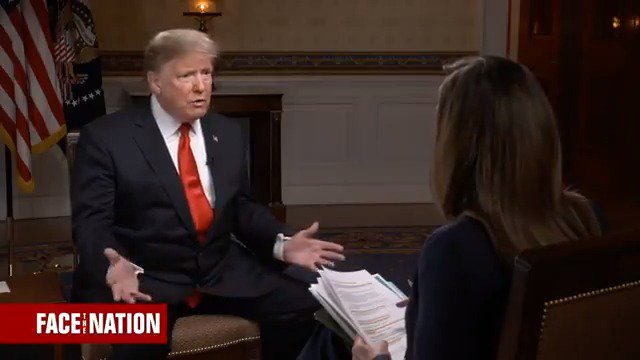 718 people are talking about this

He likes to watch

Trump said that the U.S. “spent a fortune on building this incredible base. We might as well keep it. And one of the reasons I want to keep it is because I want to be looking a little bit at Iran because Iran is a real problem.”

“Whoa, that’s news. You’re keeping troops in Iraq because you want to be able to strike in Iran?” Brennan questioned.

“No, because I want to be able to watch Iran,” Trump responded. “All I want to do is be able to watch. We have an unbelievable and expensive military base built in Iraq. It’s perfectly situated for looking at all over [sic] different parts of the troubled Middle East.”

Keeping US troops in Iraq to “protect Israel.” So nice of Trump to sacrifice American soldiers for the Israelis, that’s exactly why they signed up for the military I’m sure https://twitter.com/RealAlexRubi/status/1092515856897191942 …

297 people are talking about this

Trump’s remarks caught the attention of Iraqi President Barham Salih, who on Monday said that the U.S. has not asked his country’s permission to conduct surveillance operations against Iran from across the border. He said the U.S. should stick to fighting terrorists.

When Trump visited the Al Asad Air Base in December, he said the U.S. would continue to use the base to fight ISIS. Sunday was the first admission that the base would be used to surveil Iran and “protect Israel.”

This, folks, is how empire works. Spending all that money violently occupying an enormous chunk of the planet and none on life-affirming programs (healthcare, housing, education) back home. #DivestFromWar https://twitter.com/RealAlexRubi/status/1092515856897191942 …

57 people are talking about this

“Don’t overburden Iraq with your own issues,” Salih said. “The U.S. is a major power … but do not pursue your own policy priorities. We live here.”

He added that should the U.S. use Iraqi soil as a launch pad for an attack against other countries, it would be “unacceptable.”

In the interview, Trump also pushed back on CIA Director Gina Haspel’s assessment that Iran was still in compliance with the Joint Comprehensive Plan of Action (JCPOA, or Iran Nuclear Deal), and asserted the U.S. would be using the base in Iraq to see “if there’s trouble, if somebody is looking to do nuclear weapons or other things, we’re going to know it before they do.” Trump pulled out of the deal in May, citing Israeli intelligence that Iran was breaking its side of the agreement. Israeli Prime Minister Benjamin Netanyahu has himself bragged that he convinced Trump to cancel the deal.

Forget the fear mongering of Iranians. Here’s a dose of reality. This is a map of U.S. military bases surrounding Iran. Who’s threatening who here? Who is the expansionary power promoting division & violence? How does ending the Iranian nuclear deal make the U.S. any safer? 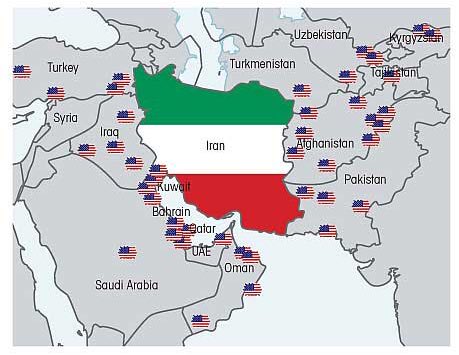 537 people are talking about this

While U.S. regime-change efforts against Iran seem to have been placed on the back burner amid the U.S.-backed coup attempt in Venezuela, Trump’s rhetoric on Iran was as hawkish as ever, calling Iran a “vicious country that kills many people. In the typical fashion of an American leader, Trump justified the U.S. presence in “many many locations in the Middle East in huge difficulty,” presumably referring to Syria, Iraq, Afghanistan and Yemen because “every single one of them was caused by the number one terrorist nation in the world, which is Iran.”

Trump To Move US Troops from Syria to Iraq to “Watch” Iran, “Protect Israel”

0 thoughts on “Trump To Move US Troops from Syria to Iraq to “Watch” Iran, “Protect Israel””