HOME / WORLD / Has Donald Trump been forced to give up? 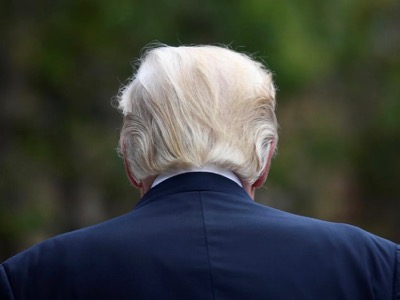 Has President Donald Trump abandoned the idea of transforming US politics ? Has he bowed to the ex-ruling class of his country ? Over the last two months, his administration seems to have restructured AfriCom, CentCom and SouthCom. The first military command of the Pentagon has apparently been authorized to join battle against Chinese projects on the African continent ; the second has been engaged to divide the Greater Middle East between Arabs and Persians; and the third to destroy the State structures of the Caribbean Basin. These new missions are accompanied by a return of the neo-conservatives.

Since the mid-term elections on 6 November 2018, President Trump has been under extreme pressure. Federal administrations have been closed since 22 December (the shutdown), because of parliamentary opposition to a budget proposition which included the financing for a Wall at the Mexican frontier. The crisis only came to an end 35 days later, on 25 January 2019, when President Trump provisionally bowed to the demands of the Democratic Party. According to S&P Global Ratings, the shutdown will have cost more than 6 billion dollars, which is more expensive than the Wall it was supposed to economize [1].

During this period, the Trump administration multiplied signs that it was renouncing its foreign and Defense policies, and rallying with US imperialism. Taking into account the real estate promoter’s method of governing, it is quite possible that this total change of direction is only apparent, and destined to be called into question on 12 February, the date of the end of the budget agreement. In any case, for the moment, numerous elements suggest that Donald Trump may have given up making the changes he promised.

On 13 December 2018, at the Heritage Foundation, National Security Advisor John Bolton revealed the new US strategy for Africa [2] :
• (1) develop commerce,
• (2) fight Islamic terrorism,
• (3) verify the use of US aid.

Nothing new, then, apart from the fact that commercial objectives were exhaustively presented not as rivalry against the old colonial powers (France and the United Kingdom), but as a violent combat against China and Russia.

On 20 December, Secretary of Defense General James Mattis addressed a public letter of resignation to President Trump [3]. Contrary to what was reported in the Press, he was in agreement with the withdrawal of troops from Syria, but was worried about the message that this might send to the Allies of the anti-Daesh Coalition, and therefore the possible end of US leadership [4]. Considering that he needed no public lessons, Trump immediately fired Mattis without allowing him the possibility of exercising his responsibilities until a replacement was found.

However, yielding to his critics, President Trump reversed his position and admitted that the withdrawal of troops would take longer than planned.

On 3 January 2019, at the opening of the 116th session of Congress, Democrat representative Eliot Engels and Republican senator Marco Rubio tabled two propositions for a law (H.R. 31 [5] and S. 1 [6]) incorporating an almost identical passage aimed at enacting sanctions blocking the rebuilding of Syria. Thereafter, Engels (the author of the Syria Accountability Act of 2003) was elected president of the Chamber’s Foreign Affairs Committee, while James Rich was elected to the equivalent Senate Committee. Rich immediately rallied to the proposition of the law against Syria.

The two texts argue that it was the Syrian Arab Republic, and not the jihadists, who tortured the victims photographed in the « Caesar report », which would justify the blockage of the rebuilding of the country. The Senate text goes even further by supporting military aid to Israël, at the very moment when the Hebrew state admitted that it was carrying out an intense bombing campaign against Syria.

On 10 January 2019, Secretary of State Mike Pompeo revealed the new strategy for the Greater Middle East during a conference at the American University in Cairo [7]. The strategy includes :
• (1) fighting Islamic terrorism,
• (2) fighting Iran and its allies,
• (3) military withdrawal from the region to the profit of an Israëlo-Arab « NATO ».

However, apart from the fact that dividing the region between Arabs and Persians is even more dangerous than the current situation, the creation of an Israëlo-Arab military alliance seems unlikely – it would have the support of governments which are already collaborating in secret, certainly, but not that of popular opinion. Simultaneously, National Security Advisor John Bolton set up a terrorist internationale against Iran, including elements of the Sunni Arabs of Daesh and Persian Chiites from the People’s Mujahedin [8].

On the same day, 10 January, Secretary of State Mike Pompeo published a declaration against Venezuela, giving the signal to Juan Guaido to self-proclaim himself as interim President [9]. This was followed by the constitutional crisis that we see today.

While the Western Press and the Venezuelans interpreted the conflict as questioning the Bolivarian government, we announced – a little early – the events that the Pentagon intended to apply to the Caribbean Basin, the same strategy that it applied earlier to the African Great Lakes, then to the Greater Middle East [10]. After long internal discussions, the Russian Minister for Foreign Affairs adopted the same position [11]. In particular, Moscow declared: «The deliberate and clearly well-organised creation of a double power structure and an alternative centre of decisions in Venezuela opens the door to chaos and the erosion of the Venezuelan state».

On 22 January, the Democratic Party demanded that the Chamber of Representatives adopt a law forbidding President Trump from leaving NATO [12]. This text was co-written by Eliot Engels.

Although this law had not been discussed during the mid-term election campaign, it was considered by the Democratic Party as taking priority over its engagements on Obamacare. In July 2018, Eliot Engels had co-written, with the Secretary General of NATO, Anders Fogh Rasmussen, an op-ed piece in favour of the Alliance [13].

On 26 January, Mike Pompeo announced that neo-conservative Elliott Abrams would be his special envoy for Venezuela. However, two years ago, Abrams had been the imperialist candidate for the post of Secretary of State. His name remains associated with the worst secret US actions in Latin America during the Cold War.

Neo-conservatism is a form of Trotskyism, and therefore ideologically part of the extreme left wing, rallied to the US state structure under the Reagan administration. Its partisans have never stopped swinging from left to right and vice-versa with every political alternation. They opposed the election of Donald Trump, but are now joining with him.

There was indeed a re-organisation of Africom, CentCom and SouthCom which authorises all three to defend not the interests of the People of the United States, but those of transnational companies and Israël. Still associated with this policy, the neo-conservatives, or at least one of the most illustrious among them, are back.

These elements tend to attest to the fact that the Republican Party and the Trump administration are radically changing their policy and returning – with the exception of the refusal to allow terrorist organisations to administer states – to the Democrat Party policies of President Barack Obama and Hillary Clinton : military imperialism in the service of transnational giants.

This renunciation seems to be implemented by the main sponsors of the Republican Party. Thus, the Koch brothers have recently announced that they will not be supporting the reelection of Donald Trump [14].

0 thoughts on “Has Donald Trump been forced to give up?”