HOME / Multimedia / Interview with the New President of Honduras

Interview with the New President of Honduras 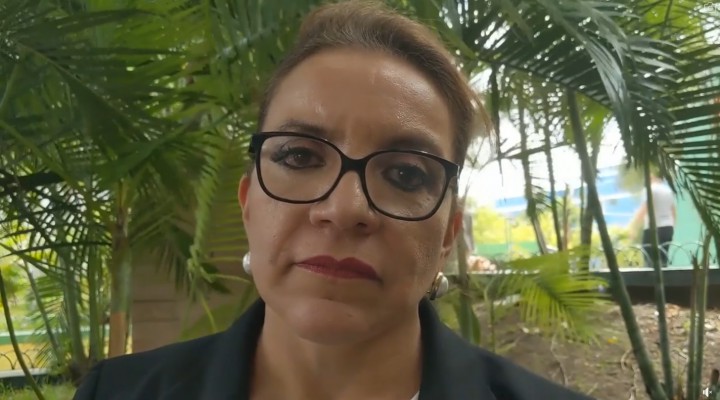 I spoke about the US-backed coup in Honduras with the country’s newly elected president, Xiomara Castro Zelaya, back in 2019.

Assuming that the National Party does not attempt to steal the election, as it did in 2017, the election results represent a reason for hope in the second poorest country in the hemisphere, next to Haiti.

The new president, Xiomara Zelaya, is the wife of Manuel Zelaya who was ousted in the 2009 coup d’état.

Since 2009, the country has been in free-fall as major public services have been privatized and human rights have become, essentially, nonexistent. I have previously written at length about this descent into what I’ll call Narcocracy, or a government of drug lords.

The outgoing president, Juan Orlando Hernandez, has deep ties to cartels and was an unindicted co-conspirator in his brother, Tony Hernandez’s trial in the United States. He even used $1.5 million in drug money as campaign funds back in 2013.

While the Biden White House has said its strategy to mitigate the migrant crisis is to address the “root causes” of the issues, the Obama-Biden-backed coup in Honduras has been the single biggest driver of Central Americans seeking asylum in the United States. If the White House is going to be true to its words, it must accept the legitimacy of Xiomara Zelaya’s electoral victory.

I interviewed her back in 2019. You can watch it on Facebook here, or on Twitter here, with English subtitles.

“At the exact moment when we were beginning a process… of reforming and transforming our people and our countries, giving citizens a real opportunity to participate, to feel they’re a part of the process and not just a tool — that’s when the US got scared,” she told me.

“Today the Honduran people are stronger. Today we understand — along with many sectors that were indifferent to the coup but are now with us in this fight — that on that June 28 when they perpetrated the coup d’état, taking their president out of the country, along with everything else we’ve lost, the people understand that the coup d’état wasn’t done so everything would remain the same. They did it to harm the vast majority of the people.”

Hear what she told MintPress News in 2019

Honduras: As Presidential Elections Near, Still Coping with U.S.-Backed Coup

0 thoughts on “Interview with the New President of Honduras”