Honduras: As Presidential Elections Near, Still Coping with U.S.-Backed Coup 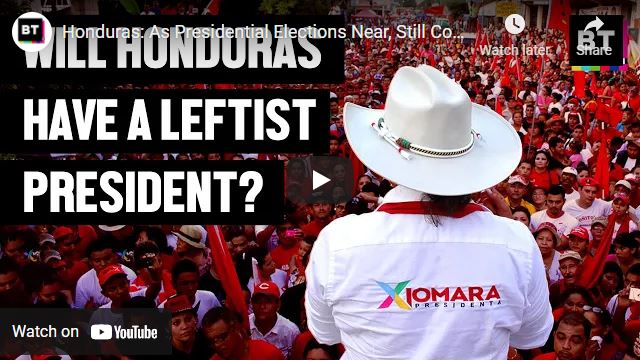 The Honduran presidential election is coming up November 28, and the leftist LIBRE candidate Xiomara Castro is in the lead. But the country is still plagued by the effects of the U.S.-orchestrated coup in 2009, and elections since the coup have had wide-scale fraud.

0 thoughts on “Honduras: As Presidential Elections Near, Still Coping with U.S.-Backed Coup”