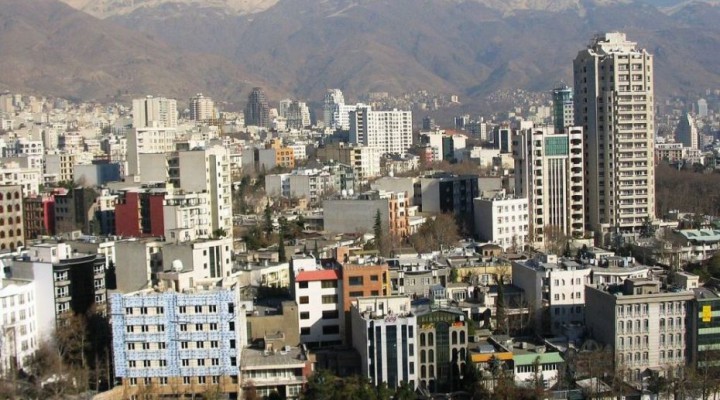 There is consensus amongst the Washington foreign policy élite that all factions in Iran understand that – ultimately – a deal with Washington on the nuclear issue must ensue. It somehow is inevitable.

There is consensus amongst the Washington foreign policy élite that all factions in Iran understand that – ultimately – a deal with Washington on the nuclear issue must ensue. It somehow is inevitable. They view Iran simply as ‘playing out the clock’, until the advent of a new Administration makes a ‘deal’ possible again. And then Iran surely will be back at the table, they affirm.

Maybe. But maybe that is entirely wrong. Maybe the Iranian leadership no longer believes in ‘deals’ with Washington. Maybe they simply have had enough of western regime change antics (from the 1953 coup to the Iraq war waged on Iran at the western behest, to the present attempt at Iran’s economic strangulation). They are quitting that failed paradigm for something new, something different.

The pages to that chapter have been shut. This does not imply some rabid anti-Americanism, but simply the experience that that path is pointless. If there is a ‘clock being played out’, it is that of the tic-toc of western political and economic hegemony in the Middle East is running down, and not the ‘clock’ of US domestic politics. The old adage that the ‘sea is always the sea’ holds true for US foreign policy. And Iran repeating the same old routines, whilst expecting different outcomes is, of course, one definition of madness. A new US Administration will inherit the same genes as the last.

And in any case, the US is institutionally incapable of making a substantive deal with Iran. A US President – any President – cannot lift Congressional sanctions on Iran. The American multitudinous sanctions on Iran have become a decades’ long knot of interpenetrating legislation: a vast rhizome of tangled, root-legislation that not even Alexander the Great might disentangle: that is why the JCPOA was constructed around a core of US Presidential ‘waivers’ needing to be renewed each six months. Whatever might be agreed in the future, the sanctions – ‘waived’ or not – are, as it were, ‘forever’.

If recent history has taught the Iranians anything, it is that such flimsy ‘process’ in the hands of a mercurial US President can simply be blown away like old dead leaves. Yes, the US has a systemic problem: US sanctions are a one-way valve: so easy to flow out, but once poured forth, there is no return inlet (beyond uncertain waivers issued at the pleasure of an incumbent President).

But more than just a long chapter reaching its inevitable end, Iran is seeing another path opening out. Trump is in a ‘China bind’: a trade deal with China now looks “tough to improbable”, according to White House officials, in the context of the fast deteriorating environment of security tensions between Washington and Beijing. Defense One spells it out:

“It came without a breaking news alert or presidential tweet, but the technological competition with China entered a new phase last month. Several developments quietly heralded this shift: Cross-border investments between the United States and China plunged to their lowest levels since 2014, with the tech sector suffering the most precipitous drop. US chip giants Intel and AMD abruptly ended or declined to extend important partnerships with Chinese entities. The Department of Commerce halved the number of licenses that let US companies assign Chinese nationals to sensitive technology and engineering projects.

“[So] decoupling is already in motion. Like the shift of tectonic plates, the move towards a new tech alignment with China increases the potential for sudden, destabilizing convulsions in the global economy and supply chains. To defend America’s technology leadership, policymakers must upgrade their toolkit to ensure that US technology leadership can withstand the aftershocks.

“The key driver of this shift has not been the President’s tariffs, but a changing consensus among rank-and-file policymakers about what constitutes national security. This expansive new conception of national security is sensitive to a broad array of potential threats, including to the economic livelihood of the United States, the integrity of its citizens personal data, and the country’s technological advantage”.

Trump’s China ‘bind’ is this: A trade deal with China has long been viewed by the White House as a major tool for ‘goosing’ the US stock market upwards, during the crucial pre-election period. But as that is now said to be “tough to improbable” – and as US national security consensus metamorphoses, the consequent de-coupling, combined with tariffs, is beginning to bite. The effects are eating away at President Trump’s prime political asset: the public confidence in his handling of the economy: A Quinnipiac University survey last week found for the first time in Trump’s presidency, more voters now say the economy is getting worse rather than better, by a 37-31 percent margin – and by 41-37 percent, voters say the president’s policies are hurting the economy.

This is hugely significant. If Trump is experiencing a crisis of public confidence in respect to his assertive policies towards China, the last thing that he needs in the run-up to an election is an oil crisis, on top of a tariff/tech war crisis with China. A wrong move with Iran, and global oil supplies easily can go awry. Markets would not be happy. (So Trump’s China ‘bind’ can also be Iran’s opportunity …).

No wonder Pompeo acted with such alacrity to put a tourniquet on the brewing ‘war’ in the Middle East, sparked by Israel’s simultaneous air attacks last month in Iraq, inside Beirut, and in Syria (killing two Hizbullah soldiers). It is pretty clear that Washington did not want this ‘war’, at least not now. America, as Defense One noted, is becoming acutely sensitive to any risks to the global financial system from “sudden, destabilizing convulsions in the global economy”.

The recent Israeli military operations coincided with Iranian FM Zarif’s sudden summons to Biarritz (during the G7), exacerbating fears within the Israeli Security Cabinet that Trump might meet with President Rouhani in NY at the UN General Assembly – thus threatening Netanyahu’s anti-Iran, political ‘identity’. The fear was that Trump could begin a ‘bromance’ with the Iranian President (on the Kim Jong Un lines). And hence the Israeli provocations intended to stir some Iranian (over)-reaction (which never came). Subsequently it became clear to Israel that Iran’s leadership had absolutely no intention to meet with Trump – and the whole episode subsided.

Trump’s Iran ‘bind’ therefore is somehow similar to his China ‘bind’: With China, he initially wanted an easy trade achievement, but it has proved to be ‘anything but’. With Iran, Trump wanted a razzmatazz meeting with Rohani – even if that did not lead to a new ‘deal’ (much as the Trump – Kim Jung Un TV spectaculars that caught the American imagination so vividly, he may have hoped for a similar response to a Rohani handshake, or he may have even aspired to an Oval Office spectacular).

Trump simply cannot understand why the Iranians won’t do this, and he is peeved by the snub. Iran is unfathomable to Team Trump.

Well, maybe the Iranians just don’t want to do it. Firstly, they don’t need to: the Iranian Rial has been recovering steadily over the last four months and manufacturing output has steadied. China’s General Administration of Customs (GAC) detailing the country’s oil imports data shows that China has not cut its Iranian supply after the US waiver program ended on 2 May, but rather, it has steadily increased Iranian crude imports since the official end of the waiver extension, up from May and June levels. The new GAC data shows China imported over 900,000 barrels per day (bpd) of crude oil from Iran in July, which is up 4.7% from the month before.

And a new path is opening in front of Iran. After Biarritz, Zarif flew directly to Beijing where he discussed a huge, multi-hundred billion (according to one report), twenty-five-year oil and gas investment, (and a separate) ‘Road and Belt’ transport plan. Though the details are not disclosed, it is plain that China – unlike America – sees Iran as a key future strategic partner, and China seems perfectly able to fathom out the Iranians, too.

But here is the really substantive US shift taking place. It is that which is termed “a new normal” now taking a hold in Washington:

“To defend America’s technology leadership, policymakers [are] upgrading their toolkit to ensure that US technology leadership can withstand the aftershocks … Unlike the President’s trade war, support for this new, expansive definition of national security and technology is largely bipartisan, and likely here to stay.

… with many of the president’s top advisers viewing China first and foremost as a national security threat, rather than as an economic partner – it’s poised to affect huge parts of American life, from the cost of many consumer goods … to the nature of this country’s relationship with the government of Taiwan.

“Trump himself still views China primarily through an economic prism. But the angrier he gets with Beijing, the more receptive he is to his advisers’ hawkish stances toward China that go well beyond trade.”

“The angrier he gets with Beijing” … Well, here is the key point: Washington seems to have lost the ability to summon the resources to try to fathom either China, or the Iranian ‘closed book’, let alone a ‘Byzantine’ Russia. It is a colossal attenuation of consciousness in Washington; a loss of conscious ‘vitality’ to the grip of some ‘irrefutable logic’ that allows no empathy, no outreach, to ‘otherness’. Washington (and some European élites) have retreated into their ‘niche’ consciousness, their mental enclave, gated and protected, from having to understand – or engage – with wider human experience.

To compensate for these lacunae, Washington looks rather, to an engineering and technological solution: If we cannot summon empathy, or understand Xi or the Iranian Supreme Leader, we can muster artificial intelligence to substitute – a ‘toolkit’ in which the US intends to be global leader.

This type of solution – from the US perspective – maybe works for China, but not so much for Iran; and Trump is not keen on a full war with Iran in the lead up to elections. Is this why Trump seems to be losing interest in the Middle East? He doesn’t understand it; he hasn’t the interest or the means to fathom it; and he doesn’t want to bomb it. And the China ‘bind’ is going to be all absorbing for him, for the meantime.

No chance for Washington to attack Iran

0 thoughts on “‘The New Normal’: Trump’s ‘China Bind’ Can Be Iran’s Opportunity”