HOME / WORLD / A Major Regional Reset: The Syria Outcome Will Haunt Those Who Started This War

A Major Regional Reset: The Syria Outcome Will Haunt Those Who Started This War 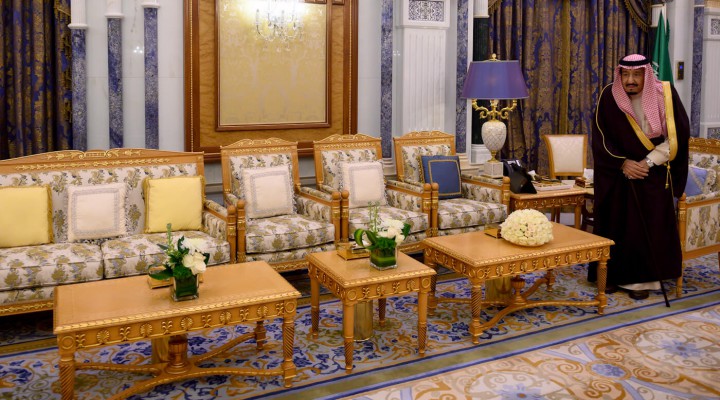 The US and their Gulf Countries and scrambling to salvage what’s left of their diplomatic clout following their failed venture in Syria.

The Middle East is metamorphosing. New fault lines are emerging, yet Trump’s foreign policy ‘hawks’ are still trying to stage ‘old movies’ in a new ‘theatre’.

The ‘old movie’ is for the US to ‘stand up’ Sunni, Arab states, and lead them towards confronting ‘bad actor’ Iran. ‘Team Bolton’ is reverting back to the old 1996 Clean Break script – as if nothing has changed. State Department officials have been briefing that Secretary Pompeo’s address in Cairo on Thursday was “ slated to tell his audience (although he may not name the former president), that Obama misled the people of the Middle East about the true source of terrorism, including what contributed to the rise of the Islamic State. Pompeo will insist that Iran, a country Obama tried to engage, is the real terrorist culprit. The speech’s drafts also have Pompeo suggesting that Iran could learn from the Saudis about human rights, and the rule of law.”

Well, at least that speech should raise a chuckle around the region. In practice, however, the regional fault-line has moved on: It is no longer so much Iran. The GCC States have a new agenda and are now far more concerned to contain Turkey and to put a halt to Turkish influence spreading throughout the Levant. GCC states fear that President Erdogan, given the emotional and psychological wave of antipathy unleashed by the Khashoggi murder, maybe mobilizing a newly re-energized Muslim Brotherhood in the Gulf networks. The aim: to leverage present Gulf economic woes, and the general hollowing out of any broader GCC ‘vision’, in order to undercut the rigid Gulf ‘Arab system’ (tribal monarchy). The Brotherhood favors a soft Islamist reform of the Gulf monarchies – along lines of those once advocated by Jamal Khashoggi.

Turkey’s leadership, in any case, is convinced that it was the United Arab Emirates (UAE), that was the author behind the Kurdish buffer being constructed, and mini-state ‘plot’ against Turkey – in conjunction with Israel and the US. Understandably, Gulf states now fear possible Turkish retribution for their weaponizing of Kurdish aspirations in this way.

And Turkey is seen (by the GCC States) as already working in close coordination with fellow Muslim Brotherhood patron and GCC member, Qatar, to divide the collapsing Council. This prefigures a new round of the Muslim Brotherhood versus Saudi Wahhabism spat for the soul of Sunni Islam.

The GGC states, therefore, are hoping to create a ‘front’ to balance Turkey in the Levant. And to this end, they are trying to recruit President Assad back into the Arab fold (which is to say, into the Arab League), and to have him act, jointly with them, as an Arab counter to Turkey.

The point here is obvious: President Assad is closely allied to Iran – and so is Moscow and Turkey. To be fashionably Iranophobic – as Pompeo might wish the GCC to be – simply would spoil the GCC’s anti-Turkey ‘play’. Syria indeed may be (justly) skeptical of Turkey’s actions and intent in Syria, but from President Assad’s perspective, Iran and Russia are absolutely crucial to the managing of an erratic Turkey. Turkey does represent an existential Syrian concern. And trying to lever President Assad – or Lebanon or Turkey – away from Iran, would be absurd. It won’t happen. And the GCC states have enough nous to understand this after their stinging defeat in Syria. The Gulf anti-Iranian stance has had ‘the burner’ turned sharply down, except when they need to stroke US feathers.

They can see clearly that the ‘master of ceremonies’ in the Levant – putting together the new regional ‘order’ – is not Mr. Bolton, but Moscow, with Tehran (and occasionally Ankara), playing their equal part ‘from behind the curtain’.

Presumably, America’s intelligence services know, and Gulf states certainly are aware, that Iranian forces are almost all gone from Syria -though Syria’s ‘Iranian connection’ remains as firm, as ever – even as Pompeo and Israel say precisely the opposite: that they are pushing back hard at the ‘threatening’ Iranian military ‘footprint’ in Syria. Few in the region will believe it. The second notable emerging regional fault line then, evidently is the one that is opening between Turkey and the US and Israel. Turkey ‘gets it’: Erdogan ‘gets it’ very clearly: that Washington now deeply distrusts him, suspects that Turkey is accelerating into Moscow and Beijing’s orbit and that DC would be happy to see him gone, and a more NATO-friendly leader installed in his stead.

And Erdogan is fully aware that Israel (more so than the Gulf States) still hankers after the old Ben Gurion ideal of an ethnic Kurdish state – allied with Israel, and sitting atop major oil resources – to be inserted at the very pivot to the south-west and central Asia at Turkey’s vulnerable underbelly.

The Israeli’s articulated their support for a Kurdish state quite plainly at the time of Barzani’s failed independence initiative in Iraq. But Erdogan simply, unmistakably, has said to this: ‘never’ (including to Bolton, this week). Nonetheless, Ankara still needs Russian and Iranian collaboration to allow Bolton to ‘climb down his tree’ of a Kurdish mini-state in Syria. He needs Russia to broker a Syrian-led buffer, vice an American-Kurdish tourniquet, strapped around his southern border.

It is unlikely, however, that despite the real threat that America’s arming of the Kurds poses to Turkey, that Erdogan really wants to invade Syria – though he threatens it – and though John Bolton’s ‘conditions’ may end by leaving Turkey no option but to invade. Erdogan understands that a messy Turkish invasion of Syria would send the delicately balanced Turkish Lire into free-fall.

Still … Turkey, Syria, Iran, and Russia now all want America gone from Syria. And for a moment, it seemed it might proceed smoothly after Trump had acquiesced to Erdogan’s arguments during their celebrated telephone call. But then Senator Lindsay Graham demurred against the backdrop of massed howls of anguish issuing from the Beltway foreign policy think-tanks. Bolton did the walk-back, by making US withdrawal from Syria contingent on conditions, ones seemingly designed not to be met and not tied to any specific timeline. President Erdogan was not amused.

It should be obvious now that we are entering a major regional re-set: The US is leaving Syria. Bolton’s attempted withdrawal-reversal has been rebuffed. And the US, in any event, forfeited the confidence of the Kurds in consequence to the original Trump statement. The Kurds are now orientated toward Damascus and Russia is mediating a settlement.

It may take a while, but the US is going. Kurdish forces (other than those linked with the PKK) are likely to be assimilated into the Syrian army, and the ‘buffer’ will not be directed against Turkey but will be a mix of the Syrian army and Kurdish elements – under Syrian command – but whose overall conduct towards Turkey will be invigilated by Russia. And the Syrian army will, in due time, clear Idlib from a resurgent al-Qaida (HTS).

The Arab states are returning to their embassies in Damascus – partly out of fear that the whipsaw of American policy, its radical polarisation, and its proclivity to be wholly or partially ‘walked-back’ by the Deep State – might leave the Gulf unexpectedly ‘orphaned’ at any time. In effect, the GCC states are ‘hedging’ against this risk by trying to reconnect a bifurcated Arab sphere, and to give it a new ‘purpose’ and credibility – as a balance against Turkey, Qatar and the Muslim Brotherhood (Syria’s old nemesis).

And yet – there remains still another layer to this calculus, as described by veteran Middle East journalist, Elijah Magnier:

Indeed the Levant is returning to the centre of Middle East and world attention in a stronger position than in 2011. Syria has advanced precision missiles that can hit any building in Israel. Assad also has an air defence system he would have never dreamed of before 2011 – thanks to Israel’s continuous violation of its airspace, and its defiance of Russian authority. Hezbollah has constructed bases for its long and medium range precision missiles in the mountains and has created a bond with Syria that it could never have established – if not for the war. Iran has established a strategic brotherhood with Syria, thanks to its role in defeating the regime change plan.

NATO’s support for the growth of ISIS has created a bond between Syria and Iraq that no Muslim or Baathist link could ever have created: Iraq has a “carte blanche” to bomb ISIS locations in Syria without the consent of the Syrian leadership, and the Iraqi security forces can walk into Syria anytime they see fit to fight ISIS. The anti-Israel axis has never been stronger than it is today. That is the result of 2011-2018 war imposed on Syria”.

Yes. This is the third of the newly emergent fault-lines, that of Israel on the one hand and the emerging reality in the Syrian north on the other – a shadow that has returned to haunt the original instigators of the ‘war’ to undermine Syria. Netanyahu since has put all the Israeli eggs into the Trump family ‘basket’. It was Netanyahu’s relationship with Trump which was presented in Israel as being the true ‘Deal of the Century’ (not the Palestinian one). Yet when Bibi complained forcefully about US withdrawal from Syria leaving Syria vulnerable to an Iranian insertion of smart missiles as Isreal asserts, Trump nonchalantly replied that the US gives Israel $4.5 billion per year – “You’ll be all right”, Trump riposted.

It was seen in Israel as an extraordinary slap to the PM’s face. But Israelis cannot avoid, but to acknowledge, some responsibility for creating precisely the circumstances of which they now loudly complain.

The bottom line is things have not gone according to plan. America is not shaping the new Levantine ‘order’ – Moscow is. Israel’s continual blatant disregard of Russia’s own interests in the Levant, firstly infuriated, and finally has provoked the Russian high command into declaring the northern Middle East a putative no-fly zone for Israel. This represents a major strategic reversal for Netanyahu and the US.

Finally, it is this repeating pattern of statements being made by the US President on foreign policy that are then almost casually contradicted, or ‘conditioned’ by some part of the US bureaucracy that poses to the region and beyond the sixty-four-thousand-dollar question. The pattern clearly is one of an isolated president with officials emptying his statements of executive authority (until subsequently endorsed, or denied, by the US bureaucracy). It is making Trump almost irrelevant in terms of the setting of foreign policy.

Is this then a stealth process – knowingly contrived – incrementally to remove Trump from power? A hollowing out of his Presidential prerogatives leaving him only as a disruptive Twitterer– achieved, without all the disruption and mess of formally removing him from office? We shall see.

And what next? Well, as Simon Henderson observes, no one is sure – everyone is left wondering:

What’s up with Secretary Pompeo’s extended tour of the Middle East? The short answer is that he is trying to sell/explain President Trump’s “we are leaving Syria” policy to America’s friends … Amman, Jordan; Cairo, Egypt; Manama, Bahrain; Abu Dhabi, United Arab Emirates (UAE); Doha, Qatar; Riyadh, Saudi Arabia; Muscat, Oman; Kuwait City, Kuwait. Wow, even with his own jet and no immigration hassles, that’s an exhausting itinerary … The fact that there now are eight stops in eight days, probably reflects the amount of explaining that needs to be done.”

0 thoughts on “A Major Regional Reset: The Syria Outcome Will Haunt Those Who Started This War”