HOME / Economy / Top 1% Responsible for Double the Carbon Emissions of Bottom Half: Oxfam 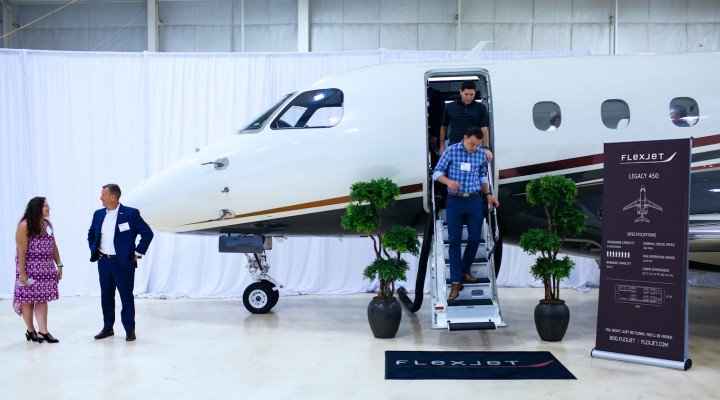 If the wealthiest ten percent of society continue to live as they do, the world’s entire carbon budget will be blown by 2033, even if all other emissions drop to zero.

MPN– A new report published today by international charity Oxfam lays bare the massive disparities in carbon dioxide emissions between the world’s wealthy elite and the rest of society. Titled “Confronting Carbon Inequality,” the study found that over the previous 25 years, the globe’s richest one percent are responsible for 15 percent of all carbon emissions — more than double that of the bottom 50 percent (over three billion people).

The other nine percent of the population who make up the richest decile used up 37 percent of humanity’s CO2 output, meaning that the top 10 percent — mostly located in Europe and North America — are responsible for the majority of the problem. The middle 40 percent used up the remaining 41 percent. This means that the wealthiest one percent use over 100 times the carbon dioxide as someone in the bottom half of humanity.

A new report from Oxfam underlines the astonishing inequality of co2 emissions, with the top 1% responsible for twice as much as the bottom 50%https://t.co/Dy6oJrkDda pic.twitter.com/SLwNKmKdul

The current system, the report warns, is completely unsustainable if humanity is to avoid catastrophic global warming that will challenge organized human society. If the planet is to avoid a temperature increase of over 1.5 degrees Celsius — the target set by the Paris Agreement — then we will have to radically reduce our collective carbon footprint. Unfortunately, Oxfam notes, the rich have been blowing through our remaining carbon budget at a perilously fast rate; the per capita carbon usage of the world’s rich being 35 times higher than the targets for 2030 set by the Paris Agreement.

While energy consumption has dropped during the COVID-related lockdown this year, if the wealthiest ten percent of society continues to live as they do, the world’s entire carbon budget will be blown by 2033, even if all other emissions from the bottom 90 percent drop to zero.

“The over-consumption of a wealthy minority is fuelling the climate crisis yet it is poor communities and young people who are paying the price. Such extreme carbon inequality is a direct consequence of our governments decades long pursuit of grossly unequal and carbon intensive economic growth,” said Tim Gore, Head of Climate Policy at Oxfam.

While many in the West brush off any moves towards radical action on climate change by by pointing to growing populations in the Global South, calling for population control rather than limits on emissions, the reality is that the United States has around 160 times the per capita emissions of Malawi or Uganda, two of the fastest growing populations in the world, meaning that life in Africa is vastly more sustainable than in the U.S.

From wildfires in Australia and the Western United States to tornadoes in the midwest, climate catastrophes have been headline news in 2020, along with the COVID-19 pandemic. The causal link between man made climate change and extreme weather events is well established. Yet both the media and politicians continue to shy away from discussing the problem. If inequality is a driver of climate change as the report states, then 2020 is not good news. The world’s billionaire class has added nearly $1 trillion to their wealth during the pandemic, with multinational companies with robust supply chains and delivery services prospering. On the other hand, small businesses are failing en masse. Data from Yelp shows that 60 percent of American businesses that shut their doors during lockdown are now permanently closed.

By far the largest share of emissions from high earners comes from travel, in particular flights, meaning that the jet set elite bear the brunt of the responsibility. Gore suggested that it was possible and necessary to tackle both the climate and inequality crises together. “Governments must curb the emissions of the wealthy through taxes and bans on luxury carbon such as SUVs and frequent flights. Revenues should be invested in public services and low carbon sectors to create jobs, and help end poverty,” he said.

The report also suggested ending airline companies’ right to buy fuel tax free and a huge investment in public infrastructure projects, such as public transportation networks, that would allow individuals to travel in a more sustainable manner. It even suggested a ban on advertising to reduce the consumption of unnecessary items.

Ultimately, the report demonstrates that the income and wealth gap between the world’s rich and everybody else is inherently unsustainable on a planet with finite resources. The question now is whether we change it or simply watch the world burn.

0 thoughts on “Top 1% Responsible for Double the Carbon Emissions of Bottom Half: Oxfam”