HOME / Economy / Study: Medicare for All Would Save 68,000 lives, Half a Trillion Dollars Per year 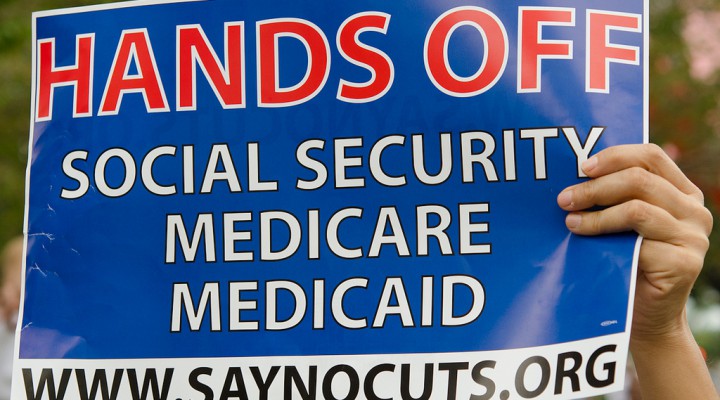 Under U.S. law, the government is barred from negotiating prices with drug companies, leading to a situation where American-made HIV medication sells for $8 in Australia and up to $2,000 in the US.

MPN– A new study published in the prestigious medical journal The Lancet has calculated that a switch to a Medicare for All healthcare system would save the United States over 68,000 lives and over 450 billion dollars annually. The report’s team, headed by Dr. Alison P. Galvani of Yale University, concluded that, “the shift to single-payer health care would provide the greatest relief to lower-income households” and reduce overall health spending by 13 percent.

Entitled “Improving the prognosis of health care in the USA,” the report makes a number of basic calculations based on existing figures that show the difference in costs between private healthcare and the Medicare system in place for those aged 65 or over. It finds that there are huge cost savings that can be made by switching to socialized healthcare. For example, the authors note that administrative costs in the private healthcare industry account for 12.4 percent of all spending, compared with just 2.2 percent under Medicare.

A great deal of onerous paperwork – a major source of physician burnout and a distraction from patient care – would be eliminated under a system that did not have to charge and collect fees from every patient.

The study also estimates that a unified system of billing and administration would greatly streamline the process, saving $219 billion every year. One area where there would be unexpected savings would be in the reduction of fraud. When Taiwan transitioned to a single payer system in the 1990s, there was an 8 percent reduction in overall national healthcare expenditure attributed to the reduction in false claims. The authors claim that a unified, standardized system makes irregularities far easier to detect.

Under U.S. law, the government is barred from negotiating prices with drug companies, leading to a situation where American-made HIV medication sells for $8 in Australia and up to $2,000 domestically. Meanwhile, the cost of insulin tripled during the 2010s, to the point it is now ten times as expensive as in Canada. The state of Utah pays some of its employees to travel to Mexico for lower prescription medication, as airplane tickets are cheaper than drugs.

The exception to the law is the Department of Veterans Affairs (V.A.). If all drugs were bought for the same price the V.A. pays, the United States would save more than $180 billion annually. This is hardly an unreasonable price; indeed, it is likely that the greatly increased purchasing power would lead to even larger savings. But this is not taken into account in the study. Nor does it consider the possible enormous savings that could be made by the government buying patents and producing drugs themselves, as Vermont senator Bernie Sanders has advocated.

In December, MintPress News spoke to economist Dean Baker, who argues for a publicly financed pharmaceutical research network, where the taxpayer pays for medical research upfront and all inventions or drugs that come out of it are publicly available. “Drugs are almost invariably cheap to manufacture. They end up being expensive because of patents and related monopolies,” he explained.

More than 78 million Americans lack adequate health insurance and millions more are at risk of losing what they have. Even accounting for the increased costs of the expansion of care, the authors calculate yearly savings of $59 billion on hospital care, $23 billion on physician and clinical services, $177 billion on prescription drugs and $217 billion on other overheads. As a result, annual healthcare spending per capita would drop from $10,739 to $9,330.

Perhaps more importantly, however, the study also calculated the impact Medicare for All would have on the American mortality rate. It found that universal coverage would save over 68,500 lives and 1.73 million life-years annually compared with the status quo. And compared with the healthcare situation before the Affordable Care Act, which the Trump administration has tried to repeal, that figure would jump to 107,000 lives every year. These are predominantly adults aged under 35, both too young to be covered by Medicare and too poor to afford decent private coverage.

The U.S. spends between two to three times as much on health as other high-income nations, with the worst results among them. For example, the cost of giving birth is $2,333 in Spain compared with $14,910 in the United States, yet maternal mortality in the U.S. is double that of Spain. The crisis in the nation’s health has become an increasingly salient issue, with much of the Democratic presidential candidacy race revolving around the hopefuls’ position on health. An increasing number of people see Medicare for All as a silver bullet to the problem. A September 2018 poll from Reuters found that nearly three-quarters of the country backed a single-payer system, including a majority of Republican voters. Even when costs are emphasized in questioning, over 50 percent of Americans continue to support the idea. Even a majority of physicians in the private healthcare industry back nationalization of the sector.

Last week freshman congresswoman Alexandria Ocasio-Cortez suggested that she and Sanders would, if necessary, compromise on healthcare and settle for a public option when in the White House. However, at a town hall with CNN last night, Sanders rejected the notion, claiming that Medicare for All is already a compromise in itself, and he would go no further.

Healthcare continues to be Americans’ top priority in this election cycle.  This latest Lancet study adds weight to those calling for radical change. While the economic case has been made, the battle to elect legislators to push it through into law remains to be won.

0 thoughts on “Study: Medicare for All Would Save 68,000 lives, Half a Trillion Dollars Per year”