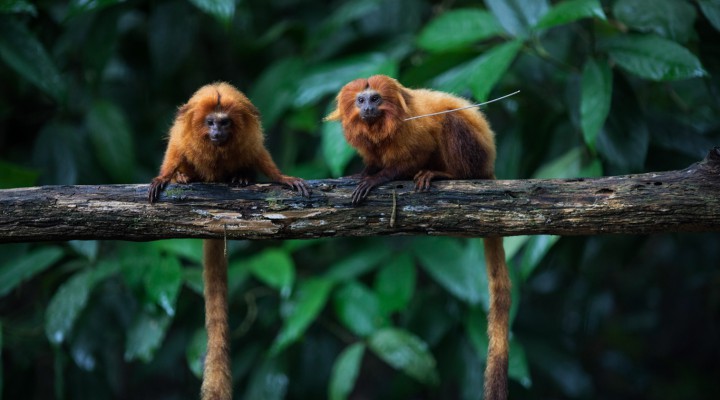 A new report by the WWF shows that humans are overusing earth’s biocapacity by over 50%, rendering over 68% of all the world’s animal life extinct.

MPN- A sobering new report from the World Wide Fund for Nature (WWF) lays bare the consequences that capitalist globalization has wrought on the planet. Since 1970, their research calculates, global populations of mammals, birds, fish, amphibians, and reptiles plunged by 68 percent. Just two years ago in a previous report, that number was only 60 percent. Humans, it notes, are overusing Earth’s biocapacity by at least 56 percent.

The figures for the report were compiled by a worldwide team of 134 experts tracking 4,392 species of vertebrates, finding that species with larger bodies, often called “megafauna,” (e.g. Giant Panda, White Rhinoceros) were faring the worst. This was because they were less resilient to changes in the environment as they require larger and more complex habitats, reproducing more slowly and having fewer offspring.

Latin America and the Caribbean is the region of the world where the most precipitous drop in wildlife has occurred; a 94 percent reduction since 1970. President Bolsonaro of Brazil, where most of the Amazon rainforest is located, is a leader in this charge, vowing in 2017 that under his premiership, not one inch of the Amazon would be left for indigenous groups to live in. In Africa there was a recorded drop of 65 percent, the Asia Pacific region lost 45 percent of its wildlife. Europe and North America were the regions with the least catastrophic animal population reductions, at 24 and 33 percent respectively.

The reasons for the current mass extinction were also laid out. Changes in land and sea use, as humanity continually expands its domain, were the primary factor. But others, including species overexploitation by humans, the arrival of invasive species, pollution, and global warming were also key factors. Thus, humanity, and in particular the growth-obsessed capitalist system we live under, is overwhelmingly responsible for the crisis. The report, for WWF International Director General Marco Lamberini, “underlines how humanity’s increasing destruction of nature is having catastrophic impacts not only on wildlife populations but also on human health and all aspects of our lives.”

The study comes upon the back of an Oxfam report published Monday, which detailed the shocking continued rise in CO2 emissions and the extraordinary inequality between those who pollute and those who do not. Globally, the wealthiest 1 percent are responsible for over twice the amount of CO2 than the bottom half of humanity. “The over-consumption of a wealthy minority is fuelling the climate crisis yet it is poor communities and young people who are paying the price. Such extreme carbon inequality is a direct consequence of our government’s decades-long pursuit of grossly unequal and carbon-intensive economic growth,” said Tim Gore, Head of Climate Policy at Oxfam.

The COVID-19 pandemic and the huge social and economic upheaval it has caused presents an opportunity to implement far-reaching changes that will radically divert our current trajectory towards destruction. But, even middle-of-the-road CNN notes, it is being squandered. While CO2 emissions have decreased in 2020, relative to expectations, the projections are still well above what is needed to meet the Paris Agreement, and vastly over what scientists predict is needed to prevent a devastating rise of 2 degrees Celsius, considered by many to be the upper limit for non-catastrophic changes.

Unfortunately, President Trump has pulled the United States, the world’s only superpower and the country responsible for most carbon dioxide emissions historically, out of the Paris Agreement. His Democratic challenger Joe Biden has pledged to re-enter the accords if elected. However, he has refused to go much further, distancing himself from activists and members of his own party putting forward a Green New Deal.

However, the environment is simply not a pressing issue in elite politics. During the 2016 presidential debates, neither Hillary Clinton nor Trump was asked a single climate-related question. The first 2020 presidential debate is set for Tuesday, and the climate is again off the agenda. Campaign groups such as Climate Power 2020 are organizing so this does not happen again. “It’s impossible to ignore the importance of the climate crisis on people’s lives,” they wrote. “Climate is inextricably linked to each of the debate’s stated topics and its exclusion as a priority is unjustifiable.”

Feature photo | Golden lion tamarins sit on a tree branch in the Atlantic Forest in Brazil, one of the planet’s most threatened biomes, more than 90 percent of it which has been deforested. Leo Correa | AP