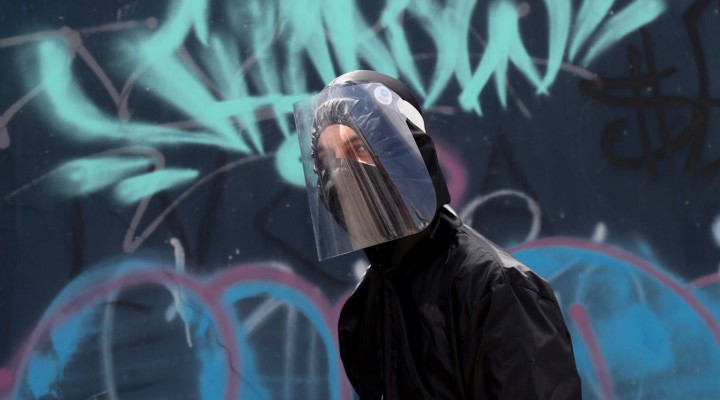 Many Latin American countries have been hollowed out after decades of neoliberal “reforms,” leaving them weaker than ever.

MPN– Latin America appears to be on a precipice, about to lose what little control over the COVID-19 pandemic it had. Across the region, daily positive tests are rising rapidly. Chilean figures show infections have doubled since last week. Around 4,000 Peruvians have tested positive each day in the past week. Meanwhile, Argentina, where an official 12 percent mortality rate suggests authorities are testing nowhere near enough people, suffered its two worst days on Friday and Saturday. As figures are often revised upwards the day after as more information from morgues and hospitals comes in, Sunday’s totals are not yet reliable. Meanwhile in Colombia, six of the worst seven days for infections have been in the last week. A factory in the country has designed a new dual purpose coffin/hospital bed made out of cardboard, which allows medical staff to dispose of deceased patients without having to touch them, an invention which might reassure doctors but is unlikely to put the sick at ease.

These dual-purpose beds are designed for #COVID19 patients

Mexico’s worst four days for infections have all occurred since Wednesday and the country’s leader, Andres Manuel Lopez Obrador, has downplayed the threat of the virus for weeks, holding public events and refusing to observe social distancing restrictions other countries have put in place. Brazil is home to more than half of South America’s COVID-19 cases, with daily cases doubling since last week. Its erratic authoritarian president Jair Bolsonaro dismissed the virus as merely a “little flu” and refused to self-isolate after likely contracting it himself. He has faced resignations from key members of his cabinet over his response, with the main opposition party beginning the process for his impeachment. Funeral workers in hazmat suits remove the body of a homeless man who died in the street in Quito, Ecuador, May 15, 2020. Dolores Ochoa | AP

Arguably the worst hit, however, is Ecuador, the government has essentially given up on collecting data. On one day, authorities reported 7,595 new cases alone; the next two days, zero. As MintPress reported last month, the coastal city of Guayaquil is likely the worst hit area in the world by COVID-19, with thousands of bodies piling up, left on the streets. “The situation in Ecuador is very fucked up. I don’t even have the means to [explain in] English all of what’s happening. The new Minister of Health is an incredible idiot. Coronavirus or not this country is in big trouble with this wildly incompetent government,” said MintPress contributor Camila Escalante, currently in the country’s capital, Quito. Guayaquil has stabilized somewhat, but Quito is bracing for a wave next. The first case among a native Amazon tribe was also announced on Sunday. To compound matters, the right-wing governments of Ecuador, Brazil, and Bolivia all expelled the network of Cuban doctors providing free healthcare to their citizens.

Few restaurants here and there are now open for takeout only around Quito. Most people I’ve seen out since the State of Exception and quarantine began. There are also quite a lot of people living on the streets and in parks compared to before the Coronavirus measures. pic.twitter.com/dKfMsqmeKS

Certainly, the governments of Latin America have a more challenging problem on their hands than developed Western nations. Tens of millions of people in the region live in overcrowded slums, often without running water, making sanitation extremely difficult. In such a situation, self-isolation is next to impossible. Governments’ abilities have also been hollowed out after decades of neoliberal “reforms,” leaving them weaker than ever. However, other poor countries have performed admirably. Vietnam, for example, has still to lose a single citizen from COVID-19, the government orchestrating a huge collective response to the pandemic. Furthermore, there are a few bright spots in the region. Uruguay and Cuba, for instance, have managed to not only flatten their curves but suppress new infections. Venezuela, meanwhile, has tested more than any other Latin American nation per capita and has not lost anybody in a month.

In March MintPress spoke to Olive Albanese, a fifth year student from Milwaukee studying medicine in Cuba. She had faith in the country’s much-vaunted system in dealing with COVID-19:  “I am very confident of Cuba’s public health and epidemiology system, it is all very organized: nationally, provincially, regionally and locally,” she said. It appears her confidence was well placed.

Nevertheless, it seems that authorities across the region were far too slow to react to the deadly pandemic. As a result, citizens are bracing for the coming storm – one that will not quickly pass.

Feature photo | A man wearing face shield amid the spread of the new coronavirus walks in Quito, Ecuador, May 11, 2020. Dolores Ochoa | AP