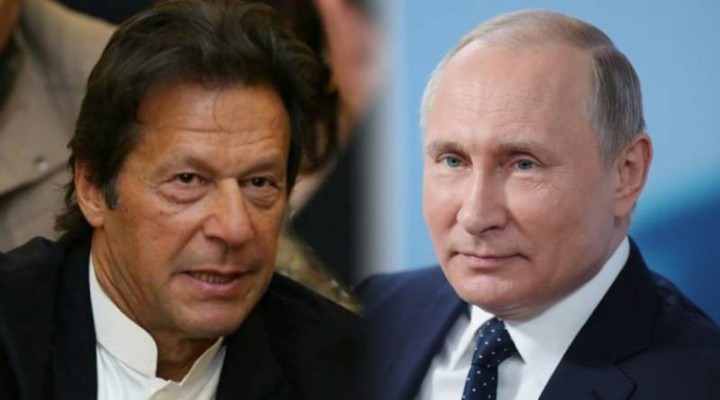 Sputnik reported earlier this month that “Israel” and India shared documents pertaining to the former’s Trans-Arabian Corridor for connecting the Eastern Mediterranean and Afro-Asian (“Indian”) Ocean during the meeting between the former’s Minister of Foreign Affairs Katz (who’s also interestingly the Minister of Intelligence) and the latter’s External Affairs Minister Jaishankar during the Mediterranean Dialogues forum. This development is strategically significant because the success of India’s participation in that “Israeli”-led initiative will render New Delhi’s North-South Transport Corridor (NSTC) with Iran, Azerbaijan, and Russia economically redundant since there wouldn’t be much of a reason for the South Asian state to utilize it for exporting goods to Europe if it can reach its destination much quicker through the Trans-Arabian Corridor while transiting through territories much wealthier than Iran such as the GCC and “Israel” which are more capable of buying some of its wares en route.

Nobody should be surprised this turn of events since India had already agreed to comply with the US’ unilateral anti-Iranian sanctions regime and cut off the Islamic Republic from what had at one time been among its largest energy customers, further exacerbating its ongoing economic crisis as a result. Moreover, India slashed its budget for the NSTC’s terminal port of Chabahar earlier this summer and even deployed its warships to the Gulf following the Ansaraullah’s attack on Saudi Arabia’s Aramco that the West incredulously blamed on Iran. India isn’t a formal member of the US’ so-called “coalition” but it de-facto behaves as such through these means. Adding some more context to its decision to strengthen its integration with the GCC and “Israel” is the fact that India recently rejected joining the Chinese-led “Regional Comprehensive Economic Partnership” (RCEP) last month, which the author analyzed at the time undermined Russia’s “Greater Eurasian Partnership” (GEP) too.

It’s therefore perfectly understandable why India is intensifying its alliance with “Israel”, especially since Prime Minister Modi praised the self-professed “Jewish State” last month for supposedly “sharing and valuing the same principles of democracy”, in spite of this move being aimed against Iranian and even Russian interests. The Islamic Republic is left in the lurch after having naively trusted India to fulfill its NSTC commitments and therefore relieve the country’s increasing US-imposed “isolation”, though Russia is much more strategically resilient because it’s not only interested in constructing the railway portion of the Trans-Arabian Corridor which the author analyzed in two analyses last year on this topic, but is also preparing itself to pioneer what his earlier cited RCEP-GEP analysis described as N-CPEC+. That neologism refers to the expansion of CPEC through post-war Afghanistan for connecting Russia with the Afro-Asian Ocean via the global pivot state of Pakistan.

This isn’t the author’s “wishful thinking” like some critics have alleged, but a serious project that’s proceeding apace after two extremely important developments in Russian-Pakistani relations in just as many months and possibly even a third one that might manifest itself next week. The Russian Trade Representative in Pakistan publicly announced his country’s intent to establish a “reliable and mutually acceptable” banking system following the resolution of their Soviet-era dispute last month, which the author analyzed represents the prerequisite towards making tangible progress on N-CPEC+. Earlier this month, a massive trade delegation from Russia visited Pakistan and committed to at least several billion dollars’ worth of investments, proving that progress on improving the economic dimension of Russian-Pakistani relations is proceeding faster than even the most optimistic observers expected.

As for the third instance, Iran invited Pakistan to participate in the joint naval drills that it’s hosting next week with Russia and China, which would build upon the growing closeness of the Russian and Pakistani navies in recent years which the author analyzed in his piece late last year about “Russia’s Naval Strategy In The Afro-Asian Ocean” should Islamabad take Tehran up on it. So concerned is India about this possible development that the Observer Research Foundation’s Head of the Maritime Policy Initiative Abhijit Singh wrote in his recent piece for Russia’s top think tank, the Valdai Club, that “many in New Delhi are worried over the prospect of Russia’s involvement in a naval exercise with both Pakistan and China in a sensitive Indian Ocean littoral region” and that “Russia’s engagement in the Indian Ocean has indeed grown but not quite in the way India’s maritime watchers had imagined”, which is exactly what the author predicted in his previously cited analysis a year ago.

Considering that India has all but officially bowed out of the NSTC by slashing its funding for Chabahar earlier this year and is now exploring the possibility of replacing that trade route with the “Israeli”-led Trans-Arabian Corridor instead (a trend that was obvious enough for any objective observer to discern), it makes perfect sense that Russia would take the necessary steps to ensure the viability its southern connectivity vision through N-CPEC+ in response. After all, its GEP is dependent on pioneering new axes of supercontinental connectivity, and with the NSTC no longer as promising as before, the only realistic recourse for Russia is N-CPEC+, which could also complement NSTC in the unlikely event that it’s revived by serving to diversify Moscow’s access to the Afro-Asian Ocean. India isn’t expected to be too happy about this development, but it was none other than its own decision to join the Trans-Arabian Corridor at the NSTC’s expense that inspired Russia’s N-CPEC+ outreaches to Pakistan.