HOME / Multimedia / Ep. 5342 – Alan MacLeod on the Tight Relationship Between the US and Israel

Ep. 5342 – Alan MacLeod on the Tight Relationship Between the US and Israel 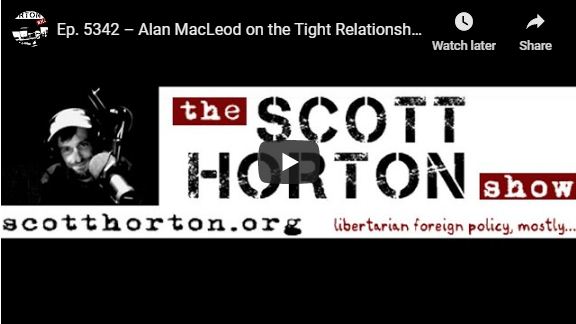 Alan MacLeod discusses a recent round of bombing by Israeli forces in the Gaza Strip, which as usual is either being completely ignored by mainstream media outlets, or is being described as justified retaliation for initial Palestinian aggression.

MacLeod says that kind of language is consistently used by pro-Israel voices when trying to whitewash Israel’s treatment of the Palestinian people. The extent of the dissimulation is so great that most Americans have no idea whatsoever of the real state of things for Palestinians, whom Scott describes as essentially living in open-air prisons. Unfortunately there’s no end in sight for the current state of affairs, given that Trump and Biden are two of the most pro-Israel politicians of all time. No matter who wins the presidency this November, Israel is sure to come out on top.

Israel’s War Criminals In Their Own Words

0 thoughts on “Ep. 5342 – Alan MacLeod on the Tight Relationship Between the US and Israel”