HOME / WORLD / Israel Has “The Most Moral Army in the World”? 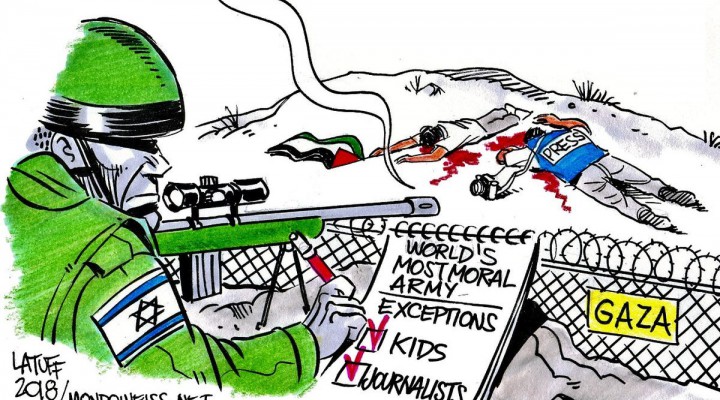 The creepy French “intellectual” Bernard-Henri Levy gets it wrong

Eight days ago eleven Palestinian buildings containing seventy family apartments located in the illegally Israeli occupied East Jerusalem village of Wadi al-Hummus were demolished in a military-led operation by more than 1,000 Israeli soldiers, policemen and municipal workers using bulldozers, backhoes and explosives. Residents who resisted were beaten by the soldiers, kicked down flights of stairs and even shot at close range with rubber bullets. The soldiers were recorded laughing and celebrating as they did their dirty work. Occupants who did not resist and who held their hands up in surrender were also not spared the rod, as were also foreign observers who were present to add their voices to those who were protesting the outrage. The injuries sustained by some of the victims have been photographed and are available online.

Twelve Palestinians and four British observers were injured badly enough to be hospitalized. The British reported that they were “stamped on, dragged by the hair, strangled with a scarf and pepper sprayed by Israeli border police.” One who was hospitalized described how Israeli soldiers dragged him by his feet, lifting him up, and kicking him in the stomach, while one soldier stamped on his head four times “at full force” before standing on his head and pulling his hair. Another suffered a fractured rib after “[the policeman] then stamped on my throat and others started punching my torso. It was a sadistic display of violence…”

Yet another foreign observer was dragged out of the house, “…her hands were crushed so badly that she suffered a fractured knuckle on her left hand, and her right hand suffered severe tissue damage ‘which will be permanently misshapen unless she gets cosmetic surgery.’”

Edmond Sichrovsky, an Austrian activist of Jewish origin, who was in one of the houses, described how Israeli forces broke the door down, first dragging out the Palestinians, “knocking the grandfather to the floor in front of his crying and screaming grandchildren.” Cell phones were forcibly removed to eliminate any picture taking or filming before soldiers began attacking him and four other activists. “I was repeatedly kicked and kneed, which left a bloody nose and multiple cuts, as well breaking my glasses from a knee in the face. Once outside, they slammed me against a car while shouting verbal insults at me and women activists, calling them whores.”

The buildings were destroyed due to claims that they were too close to Israel’s illegal separation wall, with the Benjamin Netanyahu government citing “security concerns.” The families living in the buildings that did not have either the time or ability to remove their furniture and other personal items will now have to comb through the rubble to see what they can recover, if the Israeli soldiers will even allow them that grace. They will also have to find new places to live as the Israelis have made no provision for housing them.

The homes were legally constructed on land that is nominally controlled by the Palestinian Authority (PA), a fine point that the Israeli authorities chose to consider irrelevant. When the Palestinians object to such arbitrary behavior, they are sent to Israeli military courts that always endorse the government decisions. And the Netanyahu regime of kleptocrats has made clear that it does not recognize international law about treatment of people who are under occupation.

The buildings were destroyed a few days after rampaging Israeli settlers on the West Bank continued their campaign to destroy the livelihoods of their Palestinian neighbors. Hundreds of olive trees were burned on the West Bank on July 10th, a deliberate attempt to drive the Arabs from their land by making it impossible to farm, strangling the local economy. Olive trees are particularly targeted as they are a cash crop and the trees take many years to mature and produce. The Israeli settlers have also been known to kill livestock, poison water, destroy crops, burn down buildings, and beat and even kill the Palestinian farmers and their families. And in Hebron the settlers have surrounded the old town, dumping excrement and other refuse on the Palestinians shops below that are still trying to do business. It should surprise no one that the Jewish settlers who engage in the violence are rarely caught, even less often tried, and almost never punished. The ghastly Benjamin Netanyahu’s government has declared that what was once Palestine is now a country called Israel and it is only for Jews. Killing a Palestinian by a Jewish Israeli is considered de facto to be a misdemeanor.

And meanwhile the carnage continues in Gaza, with the death toll of unarmed demonstrating Palestinians now at more than 200 plus several thousand wounded, many of them children and medical workers. Recently, orders to the Israeli army snipers direct them to shoot demonstrators in the ankles so they will be crippled for life. This is what it takes to be the “most moral army” in the world as defined by French fop pseudo intellectual Bernard-Henri Levy, demonstrating only yet again that the tribe knows how to stick together. But the war crimes carried out by Israel also require unlimited support from the United States, both in money and political cover to allow it all to happen. Israel would not be killing Palestinians with such impunity if it were not for the green light from Donald Trump and his settler-loving mock Ambassador David Friedman backed up by a congress that seems to cherish Israelis more than Americans.

How is it that the horrific treatment of the Palestinians by the Israelis as aided and abetted by the worldwide Jewish diaspora is not featured in headlines all over the world? Why isn’t my government with its highly suspect but nevertheless declared agenda of bringing democracy and freedom to all saying anything about the Palestinians? Or condemning Israeli behavior as it once did regarding South Africa?

Can one even imagine what The New York Times and Washington Post would be headlining if American soldiers and police were evicting and beating the residents of a housing project in a U.S. city? But somehow Israel always gets a pass, no matter what it does and politicians from both parties delight in describing how the “special relationship” with the Jewish state is cast in stone.

In the wake of the home demolitions, Washington yet again shielded Israel from a United Nations censure for its behavior by casting a Security Council veto. The Jewish state is consequently never held accountable for its bad behavior, and let us be completely honest, Israel is the ultimate rogue regime, dedicated to turning its neighbors into smoking ruins with U.S. assistance. It is evil manifest and it is not in America’s own interest to continue to be dragged down that road.

One thought on “Israel Has “The Most Moral Army in the World”?”