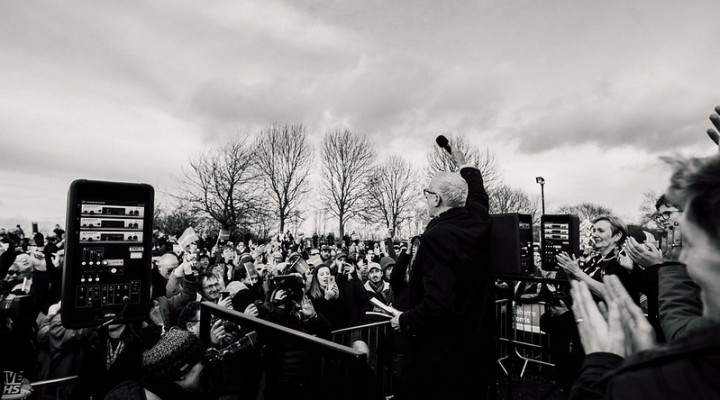 On the face of it, Thursday’s election result could hardly have been better for Boris Johnson and his ruling Conservative Party. Campaigning on a simple slogan of “get Brexit done,” the Tories romped to victory, winning 365 of a total of 650 seats, easily enough for a comfortable majority government. In his victory speech, the Prime Minister claimed that he was humbled that the British public had put their trust in him, and promised to make it is mission to work night and day, flat out, to get Brexit done by January 31st, “no ifs, no buts, no maybes.”

Even better, his rivals suffered huge defeats; after what he called a “very disappointing night for the Labour Party,” Jeremy Corbyn announced he was standing down after four years in charge. Meanwhile, Liberal Democrat leader Jo Swinson suffered the embarrassment of losing her East Dunbartonshire seat.

The results will be interpreted as a very clear mandate for Johnson to push forward in his plans for a quick departure from the European Union. And yet the irony is that it is precisely this insistence from many in the Conservative and Unionist Party, to give it its full name, that could lead to the breakup of the union, ending the United Kingdom forever. An October poll found that the majority of English Conservative voters would accept the fragmentation of the UK as a price for leaving the EU. Those voters may get their wish– and sooner than expected.

Scotland, who overwhelmingly voted to stay in the EU, gave the Scottish National Party (SNP) an enormous majority as the party won 47 of the country’s 59 seats on 45% of the total vote share, 12 more seats than it got in 2017. This is added to the 69 out of a possible 129 representatives in occupies in the local Scottish government, a remarkable achievement in a multi-party, proportional representation system.

The result is an undeniable mandate for a second independence referendum, the last on coming in 2014, where 45% of Scots voted to leave the union. Polls suggest that the majority will vote for independence this time. A key talking point from the anti-independence side was that the country could not be certain of staying in the EU if it left the UK, a trump card that has now turned to dust. Johnson has talked of blocking a second referendum, but SNP leader and First Minister of Scotland Nicola Sturgeon has suggested they might organize one anyway, without the backing of London, and as imminently as in a few months.

In England, the two unionist, pro-EU parties, Labour and the Liberal Democrats felt the ire of voters, leaving the political center rather vacant. Meanwhile, in Northern Ireland the strongly right-wing Protestant Democratic Unionist Party leader Nigel Dodds spectacularly lost his seat to Sinn Fein’s John Finucane. Finucane’s father was the victim of an infamous murder by loyalist paramilitaries. But Sinn Fein, a leftist party that stands for a united Ireland, has its own deep connections to the IRA. Since September, surveys have shown that a majority of Northern Irish also favor leaving the UK and unifying with the Republic of Ireland, which wrested its own independence from the UK in 1922 after a bitter armed struggle. The fact that Johnson is charging ahead with Brexit, which has much more profound consequences for Northern Ireland due to its land border with and deep connections to the EU member state to its south, will do nothing to reverse this trend.

For the first time in history, the north has elected a majority of Irish nationalist and republican politicians to the Westminster parliament, with Sinn Fein receiving 47% of the vote itself. Its leader Mary Lou McDonald claimed that the calls for a referendum on Irish unification were now “impossible to ignore.”

The underlying reason for the growing nationalist and separatist sentiment is the decades of neoliberal policies that have brought with it economic dislocation, austerity and a generalized discontent. Both real wages and living standards have been on a long, slow decline since the 1970s. This has been most apparent in the post-industrial north of England, not coincidentally the area with the strongest pro-Brexit sentiment. On the other hand, the populations of the ravaged cities of Glasgow and Belfast have had their energies channeled into a more progressive vision of independence.

It is precisely the Conservative Party who are most responsible for implementing the economic changes that have led to this situation. Ironic then, that they have been granted the dubious honor of pushing through a Brexit that will likely only make the problem worse. In his victory speech outside 10 Downing Street, Johnson described himself as a “one nation Conservative.” He may be ruling over a much smaller one very soon.