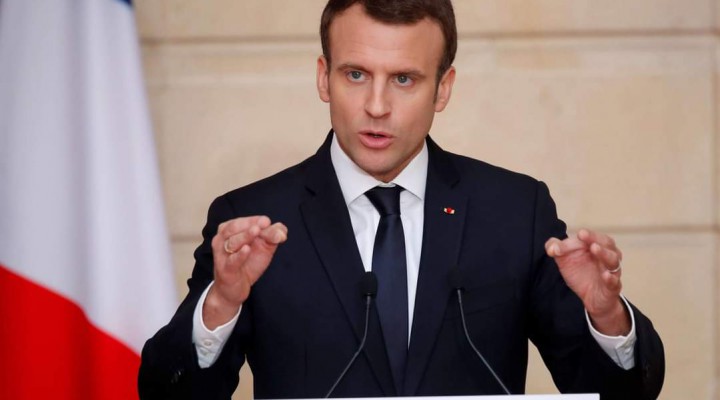 Emmanuel Macron went on the Al- Jazeera channel on Saturday to say he understands the feelings of Muslims shocked by the displaying of offensive cartoons of the Prophet Muhammad and qualify his fulsome defence of the drawings. “I think that the reactions came as a result of lies and distortions of my words because people understood that I supported these cartoons,” he explained. This represents a climbdown by the French president and a victory for the campaign to boycott French goods which swept much of the Islamic world. But it is not enough. Macron owes a clear apology to 1.7 billion Muslims for the abuse to which he subjected them and his faith. This would be in France’s own interest first and foremost, as the wound he caused is deep and the damage has already been done.

Statesmen are supposed to behave responsibly, choose their words carefully and avoid actions that jeopardise their country’s security and stability. But Macron behaved more like a rabble-rouser, gang leader or religious hate monger than the president of a country that boasts of its Enlightenment heritage and whose covid-hit economy is ailing badly.

He could have emulated neighbouring Belgium, which sacked a teacher who showed the obscene images to his class of 10-11 year-olds. Or he could have reacted like Canada’s Justin Trudeau, who said freedom of expression must have limits and that Westerners should respect other people’s cultures and try to avoid hurting their feelings. Instead, Macron’s craving for domestic political advantage prompted him to strike a haughty colonial posture that can only harm France’s economy and international standing.

If anything good came out of his provocative anti-Islam rhetoric, it is that it united Muslims the world over, irrespective of sectarian affiliation or political complexion, in a common cause. Kuwait set an example of what concerted popular action of this kind can achieve. The backlash there led to the ‘suspension’ of bilateral trade valued at $12 billion annually. The potential for further damage is far greater, given that the Gulf states alone have some $300 billion invested in France.

We mention these figures because we know that nothing worries and hurts western capitalist states more than being hit in their pockets. That is the reason Macron decided to start backing down in a desperate attempt to defuse the crisis and limit the damage.

But his racist demagoguery and political short-sightedness have already caused a huge schism between his country and the Islamic world which will take years to bridge. The first and most important step in achieving that is to offer an apology, plain and unambiguous.