HOME / SOCIAL/CULTURAL / Giving Up the Hejab

Giving Up the Hejab 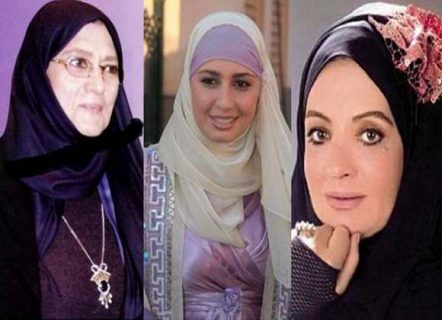 In Egypt, Lebanon, Jordan and other parts of the Arab world, newspapers and social media have devoted much attention to the way some well-known female performers have been giving up the hejab. This is as much a political as a personal phenomenon. It mirrors political and attitude changes in Arab societies that have been promoted by some ruling regimes, with direct support from external, and especially Western, parties.

In Gamal Abdel Nasser’s Egypt in the 1950s and 60s, it was unusual to see any woman donning a hejab, whether on university campuses or on the streets. But when Anwar Sadat came to power and allied himself with the Islamist current to confront the leftist and Arab nationalist tide that was prevalent at the time, the country began to change, as did most other Arab capitals. Hejab-wearing became increasingly common, even in countries ruled by supposedly secular or socialist regimes or governments.

The burqaor niqab was prevalent in Egypt and most other Arab countries until the start of the 20thcentury. With the spread of what was termed at the time as ‘cultural openness’, and the powerful promotion of secularism and leftist ideas by forces opposed to the Ottoman Empire and seeking to end Turkish rule, the situation changed. The niqab became less common, and magazines — such as-Sufour, whose best-known writer was the renowned Taha Hussein – were published that urged Egyptian women to get rid of the attire. The nationalist politician Saad Zaghloul did the same as part of his political campaign for freedom from British domination and for Egyptian independence.

The oil boom in Saudi Arabia and other Gulf states in the 1970s and 80s played a major role in effecting big social changes in Arab societies. Wahhabi Islamic associations proliferated in these societies, and vast sums of money were pumped into promoting them in countries whose governments were of a secular or leftist persuasion, especially Egypt, Syria, Iraq and Jordan. Millions of skilled and qualified people moved with their families to Saudi Arabia and the Gulf states to work. Many of them were influenced by Wahhabi thinking and its intolerant attitudes, and brought it back to their home countries, either during their annual holidays there or after returning once their employment contracts had ended.

The phenomenon of well-known female performers, especially in Egypt, adopting the hejab took off during that oil boom period. Saudi and Gulf businessmen reportedly played a major role in promoting it, either via the religious charities and preachers they sponsored or by offering cash rewards and inducements as compensation for women who would renounce the professions of acting, singing or dancing. This was presented as part of a campaign to combat licentiousness and immorality and promote genuine Islamic values as they and their school of thought saw them.

Wahhabi ideology began receding in its place of origin, Saudi Arabia after Crown Prince Muhammad Bin-Salman came to power. He curbed a number of religious bodies, notably the Association for the Prescription of Vice and the Promotion of Virtue – the so-called ‘religious police’. Instead, an ‘Entertainment Commission’ was set up, and mixed-sex attendance at concerts and sports events was encouraged. These were radical changes, and they did not only affect Saudi society but spread to neighbouring Arab countries, especially Egypt.

By adopting a policy of openness and embracing western cultures, Muhammad Bin-Salman wanted to counter Western charges that his country sponsors hard-line Islamist groups and promotes Wahhabism – the kingdom and its government’s sole creed since it was founded 70 years ago. He said in an interview with Time magazine a couple of years ago that such charges were fabricated by extremists and by the Iranian regime with the aim of tarnishing his country’s image. He insisted there was no such thing as Wahhabism, only the four traditional schools of Sunni Islamic jurisprudence and the ideas promoted by extremists.

Hejab-wearing is on the decline in Syria too as part of a popular backlash against Islamist political groups and armed factions designated as terrorist. Groups such as Islamic State (Daesh) and the Nusra Front sought to impose their hard-line views by force and fear in the areas that came under their control. The same can be said, albeit to a lesser extent, about Jordan.

So far, the hejab has been abandoned by a total of 14 high-profile Egyptian performers who have worn it for years or abandoned acting, singing or dancing altogether – including veterans such as Suheir Ramzi and Shahira or younger artists like Hala Shiha. Many observers see this as evidence of the ebbing of the tide of political Islam, whether as a consequence of repression and persecution of its leaders – especially the Muslim Brotherhood in both Egypt and Saudi Arabia – or because of its abandonment by its original sponsors – Saudi Arabia and other Gulf states – and their professed adoption of Western liberal ideas.

The big problem, of course, is that Western liberal ideas are linked to democracy, political freedoms and respect for human rights. These values and principles are considered a red line by most of the Arab governments that are combating political Islam. This calls for some reflection. This iron fist may later prove to be counterproductive, or so many people believe.

Today it is Suheir Ramzi, Shahira, Hala Shiha and the dancer Dina. Who knows who will be next to abandon the hejab– or whether history will repeat itself?

0 thoughts on “Giving Up the Hejab”