HOME / WORLD / Egypt at a Crossroads 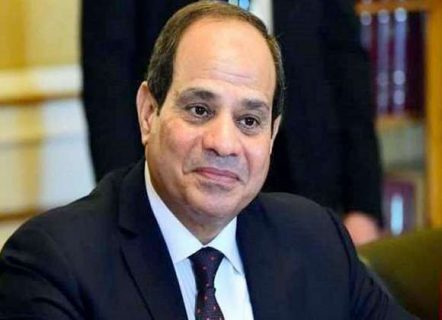 Can renewed protests loosen the grip of the military establishment?

I have been wary of writing about Egypt recently. Not because there is nothing to write about. Egypt is a pivotal country in the Arab world and a hive of ceaseless activity. The problem is the ‘if you’re not with us you’re against us’ attitude of both the regime and its opponents towards their critics. If you find fault with the regime you are branded as a Muslim Brotherhood apologist. And if you try to understand aspects of its behaviour – in terms of giving priority to economic development and trying to avoid the bloody fate that befell Syria and Libya – you are labelled as a counter-revolutionary, advocate of dictatorship and enemy of the Arab Spring.

This is not to imply any equivalence between the two sides: a repressive regime that tolerates no opposition or any degree of freedom of expression; and an Islamist opposition that was forced out of power and then decimated, its leaders either thrown behind bars – in many cases on death row – or, if lucky, forced into exile.

Egypt is now witnessing a new upheaval of discontent. People broke the barrier of fear to take to the streets and squares again in Cairo, Alexandria and several other cities last Friday calling for the downfall of the regime. Whatever the outcome of these protests, they have moved Egypt to a new place. They have reawakened the hopes raised by the January 2011 revolution that was quashed by a combination of army intervention and the mistakes made by the revolution’s own inexperienced young leaders.

Egypt is like its great river, the Nile. It moves slowly, but when it starts flowing it becomes unstoppable and overcomes everything that stands in it’s away. That is what happened in the July 1952 and January 2011 revolutions, and nobody can tell where the current ‘revolution’, inspired by the unlikely figure of the tycoon/actor Muhammad Ali, will lead.

Prior to January 2011, two main parties were in contention: the party of the historically powerful military establishment and that of the Islamist religious establishment represented by the Muslim Brotherhood. The struggle was settled in favour of the party that is more powerful and deeply entrenched in the state. Political Islam has since been on the retreat, and not just in Egypt. The Islamists fared badly in Tunisia’s recent election and played no role in the mass protests in Algeria.

Let us not deceive ourselves. It is the military establishment that rules in countries like Egypt, Algeria, Syria and Sudan. That is why the first thing the US did after occupying Iraq was to dissolve its army. Syria would have gone the same way as Iraq but for the cohesion and steadfastness of the Syrian Arab Army.

The Arab Gulf states, on Western advice, have deliberately kept their armies weak to prevent them from posing a threat or alternative to their ruling families. They rely on Western military protection instead. That explains their failure in the Yemen war. Despite the hundreds of billions of dollars they spent on equipping their armies, they failed to achieve victory over the lightly armed Houthis, even in the early stages of the war before they obtained Iranian military support.

In Egypt, the military establishment which now rules through President Abdelfattah al-Sisi – having previously ruled via presidents Muhammad Naguib, Gamal Abdel Nasser, Anwar Sadat and Hosni Mubarak – sought to achieve economic progress without introducing any real reforms or modernising the country’s administration. Despite imposing a semblance of security and stability, it failed to address the country’s real problems or mobilise its people’s talents. Poverty and unemployment continued to rise along with the gap between rich and poor, and corruption remained rampant. With half the population living near or below the poverty line, it was inevitable that popular frustration would grow and people would seek an outlet for it.

Sisi had the opportunity to extricate Egypt from its crisis. He had broad popular support when he assumed power, obtained $50 billion of aid from the Gulf states, and enjoyed the blessing of the US and Europe. But he had no political vision, either domestically or in foreign affairs, to match his security and economic plans that could utilise the vast human potential of his country or turn it back into a regional leader rather than a supplicant.

The outlet for the frustration felt by so many Egyptians came not in the form of a bearded cleric, but an outspoken young wheeler-dealer named Muhammad Ali. He accused the regime of robbing him (to the tune of $15 million) in circumstances that remain unclear and decided to take his revenge by exposing its excesses and corruption on social media from self-imposed exile in Spain. Muhammad Ali is no idealist or reformer. He is a disgruntled minor contractor who was a regime insider. But he struck a chord with a section of the Egyptian people by addressing them in colloquial dialect, without quoting the Quran or the sayings of the Prophet, and sounding like one of them. He succeeded in bringing people onto the streets in a way that neither the Muslim Brotherhood nor all the Islamist, leftist or nationalist opposition has managed to do over the past five years. This alone is worthy of reflection.

Can this be sustained? It is hard to tell. Egypt is an unpredictable place and is always springing surprises – as illustrated by the sudden emergence and rise to national and global prominence of this unlikely upstart. His defiance of the military establishment and all-pervasive security forces may have been a solo effort. But it could also have the discreet backing of many players in Egypt who have their own grievances with the regime, in the business community and within the military and state apparatus. The regime’s response to his accusations did not help. Sisi’s admission that he has been building new presidential palaces but only for the sake of the country was not persuasive. And the rise to prominence of his son Mahmoud reminds people of the notorious Gamal Mubarak.

Much hinges on what happens this Friday. Will people turn out onto the streets and squares again, despite the wave of arrests that targeted those involved in last Friday’s protests? We can only wait and see.

0 thoughts on “Egypt at a Crossroads”