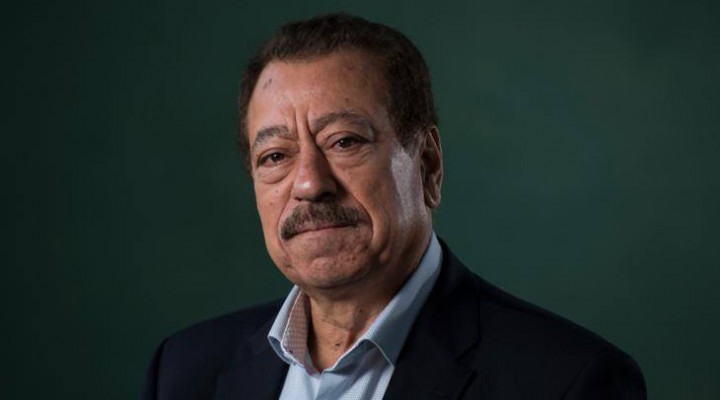 The popular protests witnessed in the Arab world in recent months – in Algeria, Sudan, Jordan and the Gaza Strip – have been described as a ‘second wave’ of the so-called Arab Spring, or an amended version of it. That first wave began in Tunisia in 2011 and then swept into Egypt, Libya, Yemen, Syria and elsewhere. It succeeded in changing some regimes completely (Tunisia and Libya) and others partially (Egypt and Yemen), while failing in Syria. In other countries such as Morocco, Oman and Jordan its impact was absorbed at an early stage by the speedy introduction of reform measures and careful management.

The protests in Algeria, Sudan, Jordan and Gaza are not identical and cannot be viewed as a single phenomenon. Each has its own circumstances, and they bear only partial resemblance to each other and differ markedly from the first wave eight years ago. Several observations can be made about these differences:

– The 2011 protests were accompanied by round-the-clock television coverage by the Al-Jazeera channel, which acted as a principal mobiliser and provided an unprecedented platform to hundreds of activists, analysts and ‘experts’. But it has given scant coverage to the four current protest movements. There are many reasons for this, above all the discrediting of the attempted ‘revolution’ in Syria – as it turned violent and sectarian, the involvement of Western intelligence agencies became known, and it was infiltrated by hard-line Salafists — and its failure to overthrow the regime.

– Islamist movements played a prominent role in most of the 2011 uprisings, with Saudi or Qatari funding and Western backing. But this has not been the case in the current protests – more below.

– The first wave of protests spawned ‘stars’, mainly Islamists, who emerged as their de facto spokesmen and figureheads: the Egyptian cleric Yousef al-Qardawi, Salman al-Odeh in Saud Arabia, Syria’s Adnan al-Arour, Libya’s Ali Sallabi, Tunisia’s Rached Ghannouhi etc. These and others became the ideologues of the uprisings and mobilised the masses using social media on which they acquired millions of followers. But such figures have been completely absent from the current wave of protests, either because the masses have learned from previous experience, or because most of the participants are young people mobilised on a non-ideological basis. They have certainly shown a determination to prevent the Islamists from taking part in, or at least leading, their movements.

n In all four cases the protests have been determinedly peaceful, avoiding clashes with security forces or any looting or vandalism – so as not to repeat the experience of the earlier wave which ended up producing failed states such as in Libya and Yemen.

n The absence of foreign backing, whether Western or Arab. The new protestors, especially in Algeria and Sudan, categorically reject any such support. Also, Qatar and Turkey, the principal backers of the Islamist groups that led the first wave, are currently preoccupied with their own problems: Qatar’s row with its Gulf neighbours and Egypt; and Turkey with the aftermath of its military coup, its economic woes and a massive influx of refugees from Syria.

n The discrediting of the Turkish Islamist ‘model’ established by President Recep Tayyip Erdogan who oversaw a huge strengthening of his country’s economy.  This was based on three foundations – democracy, economic growth and moderate Islam – and inspired many Arabs in 2011. But developments since then, including Turkey’s intervention in Syria and its harsh domestic crackdown in the wake of the failed coup, have tarnished that model, in favour of a civic-democratic alternative.

n The administrative breakdown and political and economic chaos that followed the first wave of the Arab Spring in many countries has made the Arab masses more cautious and less zealous. Some give security and stability priority over the pursuit of radical reform, having seen how change was exploited in other countries to stage counter-revolutions and impose iron-fisted dictatorship.

n Although the current popular protest movements have no figureheads, they are well organised, disciplined and politically aware. The protestors in Algeria have repeatedly stressed two points: First, that they will never allow a repeat of the Syrian or Libyan experiences, nor tolerate any call to arms or attempted infiltration by hard-line ideologues. Secondly, their rejection of any sectarian or ethnic divisions and their commitment, at least so far, to national unity. Their complete independence in practice, and their resistance to Western or Arab interference, refutes the claims made by the conspiracy theorists.

n The governments appear to have learned something from the first wave, and have generally responded peacefully to the latest peaceful protests. Their security forces have for the most part – with the exception of Gaza – been relatively restrained in their use of force, and they have made some concessions. In Sudan, President Bashir promised not to change the Constitution as he had wanted and made some high-level personnel changes. In Algeria, President Bouteflika, or the ruling clique that uses him as a facade, abandoned plans for a fifth term, cancelled the elections, promised a national dialogue and independent election commission, and sacked the government. With the protests continuing, more concessions can be expected.

It is also noteworthy that in the current wave of protests, domestic concerns about living conditions and reforms have been coupled with broader national and Arab concerns. A variety of factors have contributed to this, ranging from on-going US and Israeli aggression against Arabs and Muslims, to the foiling of attempts to sow sectarian strife in the region and the gradual recovery of Syria and Iraq, to Trump’s ‘Deal of the Century’ paving the way for Israel’s annexation of the West Bank and Golan Heights. It is telling that in Algeria, the demonstrators have been routinely raising Algerian and Palestinian flags side by side.

A word should be said about the Jordanian protest movement in this regard. It was smaller in scale than in Algeria or Sudan, but nevertheless brought down a government and produced a tangible change in the authorities’ approach to the protestors’ demands regarding combating corruption and political reform. More importantly, the protests held the authorities back from engaging in the ‘Deal of the ‘Century’, and raised public awareness of the threat it poses to Jordan by turning it into an alternative homeland for the Palestinians and abolishing Hashemite trusteeship over the holy sites in occupied Jerusalem.

We are witnessing the rise of peaceful, disciplined and politically aware protest movements that could become harbingers and exemplars of comprehensive change throughout the region. Algeria stands out in this respect. If the popular movement there continues along its current course, it is capable of avoiding the pitfalls of all the previous Arab uprisings and ‘revolutions’, and achieving change while strengthening coexistence and national unity in a country with vast potential and a proud revolutionary heritage.

The lies of Algerian Power

0 thoughts on “A Second Arab Spring?”