HOME / WORLD / Right Before Our Eyes-1 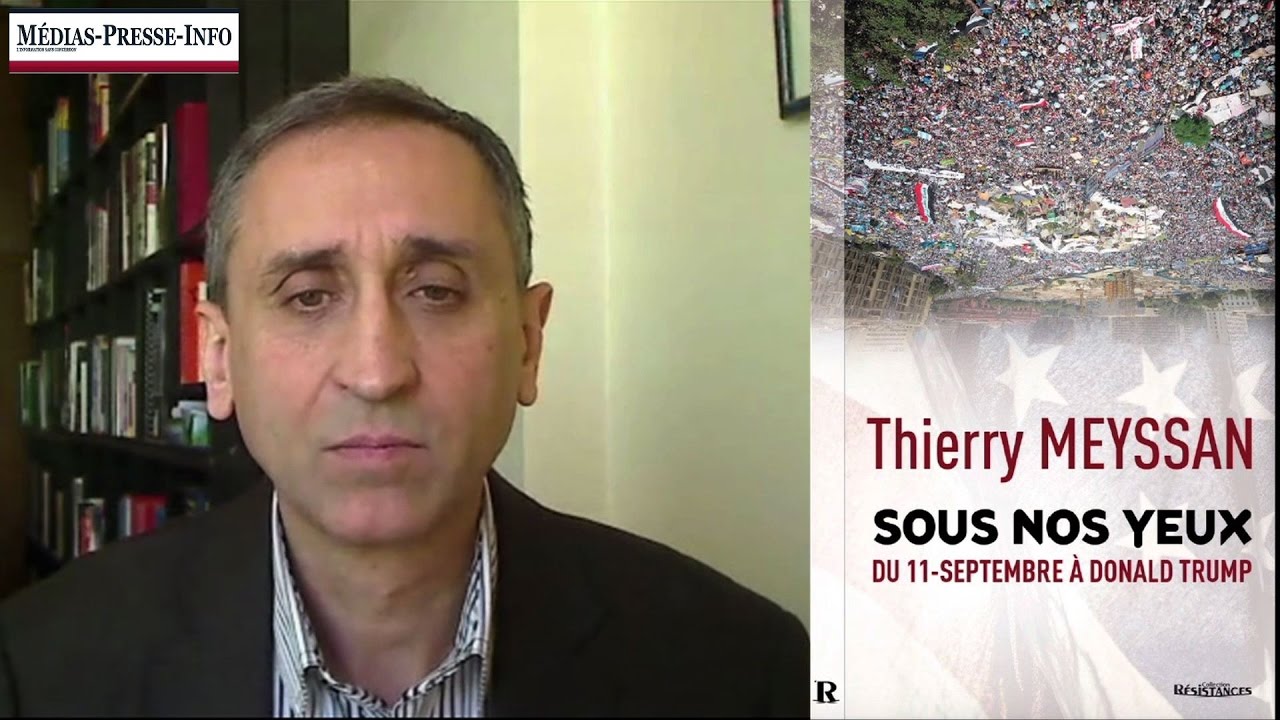 We are beginning the publication, episode by episode, of the new book by Thierry Meyssan, Right Before Our Eyes. It is an ambitious narration of the History of the last eighteen years, taken from the experience of the author in the service of several Peoples. This book has no equivalent, and can not have one, since no other person has participated in these successive events in Latin America, Africa and the Middle East alongside governments which have been blamed by the Western powers.

“Every State has the duty to refrain from organizing, instigating, assisting or participating in acts of civil strife or terrorist acts in another State, or acquiescing in organized activities within its territory directed towards the commission of such acts, when the acts referred to in the present paragraph involve a threat or use of force.”
Resolution 2625 of the General Assembly of the United Nations

Knowledge is never definitive. History, like any other science, questions what we is believed to be true but which, in the light of new factors, must be modified, even refuted.

I reject the choice we are given between the dogmas and intellectual orthodoxy of the ivory towers and think tanks on one hand, and the “post-truth” era of manipulating emotional messages on the other. I am working on another level – I seek to distinguish facts from appearances, and truth from propaganda. Above all, as long as some people continue to exploit others, I do not believe that international relations can be completely democratic or truly transparent.

Consequently, it is by nature impossible to see through all the tricks in real time and interpret international events with certainty as they are occurring. Truth can only come to light with the passage of time. I must accept the risk of inaccuracy in the first moment, but I never give up reviewing my first impressions and seeking to get at the truth. This is all the more difficult since the world is now plagued with wars which demand that we take sides immediately.

For my part, I have sided with the innocent people who watch strangers enter their cities and impose their alien laws there, innocent people who hear international television echoing the mantra that their leaders are tyrants and must relinquish their place to Westerners, innocent people who rebel and are quickly smashed under the bombs of NATO. I claim the role of an analyst who is attempting to see things objectively, and that of a man offering as much help as he can to those who suffer.

In writing this book, I will try to go further than current documents and witness statements. However, unlike the authors who have preceded me, I am not trying to justify my country’s policies, but to understand the chain of events in which I myself have been involved, both as actor and observer.

Some will object that, contrary to my profession of good faith, I am actually trying to justify my actions, and that consciously or unconsciously, I am revealing my bias. I hope that they will participate in the search for truth and publish any documents of which I am unaware.

It so happens that my role in these events enabled me to learn and verify a number of things which are as yet unknown to the general public, and often to many of the other participants. I learned these things empirically, by direct experience. It is only over time that I have come to understand the logic behind these events.

In order to enable the reader to follow my intellectual progression, I have not written a General History of the Arab Spring, but three partial histories of the last eighteen years, from three different points of view – that of the Muslim Brotherhood, that of successive French governments, and that of the United States authorities. For this edition, I have inverted the order of these parts as compared with previous editions in which I began by describing the actions of France in first place. Of course, the goal here is to reach an international public.

Seeking power, the Muslim Brotherhood placed themselves in the service of the United Kingdom and the United States, all the while looking for a way to rally France to their fight to dominate the People. Pursuing their own objectives, the French leaders made no effort to understand the logic of the Muslim Brotherhood, nor that of their US overlord, but only to regain the advantages of colonisation and amass wealth. Only Washington and London were in possession of all the information concerning what they were preparing and what in fact actually happened.

It is something like an onion or a Russian Matryoshka doll – it is only one layer at a time that we may uncover the organisation of events that appear spontaneous, as the origins and outcomes of certain decisions.

My own story is so different from what readers will have heard on the subject that some may become afraid of the implications of what I am writing. Others, on the contrary, will examine and understand this gigantic manipulation and begin thinking about how to put an end to it.

It is probable that this book, which exposes hundreds of facts, will contain a few errors which I shall be obliged to correct later on. It is possible that one or other of the correlations I bring to light may be due only to chance, but this will not be the case when the accumulation of facts is overwhelming.

Several minor additions have been included in the context of successive revelations concerning this period.

There is no doubt that the partisans of imperialism will miss no opportunity to accuse me of spinning “conspiracy theories”, to use their pet expression. It’s a cheap insult which they roll out constantly. They have used it extensively ever since I contested the official version of the attacks of 11 September 2001. They persist in their denials and their lies, yet betray themselves when they publicly support al-Qaeda in Libya and Syria, while accusing it of the massacres in the United States, in France, in Belgium, etc. Finally, once the minor errors are corrected, it is to this preponderance of the facts that all sincere readers will have to respond by proposing their own logical and coherent explanation.

0 thoughts on “Right Before Our Eyes-1”