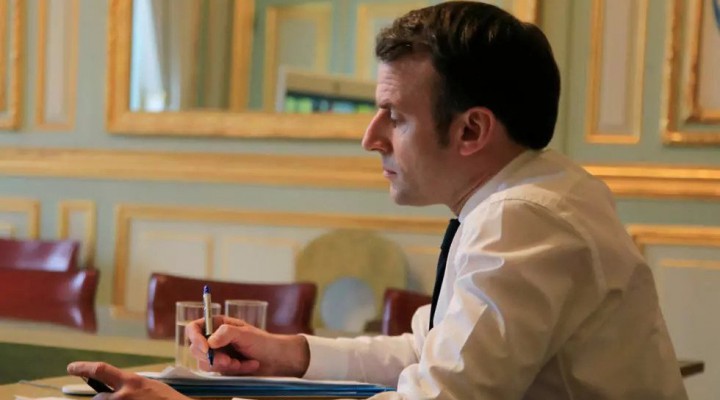 France is imposing nationwide restrictions on how far from their homes people can go and for what purpose as part of the country’s strategy to stop the spread of the new coronavirus.

He says residents will only be permitted to leave their homes for necessary trips such as going to work or the supermarket.

Macron said in televised remarks that the government decided to order the restrictions because people haven’t complied with earlier public health measures and “we are at war”.

Macron added that any violations will be penalised, without elaborating how.

Earlier in the day, Macron held a meeting with his prime minister, top military adviser, intelligence coordinator and ministers of health, the interior and foreign affairs on the health crisis before giving his televised address at 8pm Paris time (19:00 GMT).

“The number of cases double every three days,” Salomon said on the France Inter radio network.

“I want our citizens to realise that there are people who are sick, who are in intensive care and that (their number) runs into hundreds,” he said.

According to the latest official figures published on Sunday, France has had 127 coronavirus deaths and 5,423 confirmed cases.

That was a jump of 36 deaths and over 900 cases in 24 hours. More than 400 people have been hospitalised in a serious condition.

“There is a real worry that the speed of the outbreak could saturate hospitals and this is something we absolutely want to avoid,” Salomon said, singling out the badly affected eastern region of Alsace near Germany and the greater Paris area.

“This is why we must do everything to slow down the outbreak,” he said.

“Each Frenchman and Frenchwoman must tell themselves every morning: how can I reduce by a third or fourth the number of people I approach?

“Remain at home, it’s as simple as that.”