HOME / Multimedia / Podcast: Dan Kovalik on How Sanctions and Humanitarian Interventions are Used to Plunder Nations 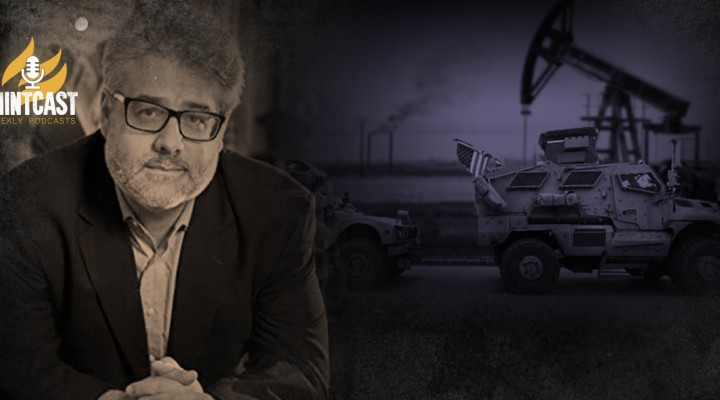 Dan Kovalik discusses the history of Washington’s policy of sanctions and humanitarian intervention, a policy that provides the framework for the mass pillaging of foreign nations on behalf of the U.S. establishment.

In this episode, we are joined by human rights lawyer, journalist and author Dan Kovalik. Kovalik is an expert on U.S. empire, foreign policy and international human rights.

Today, the Trump administration is capitalizing on the global coronavirus pandemic to increasing pressure against sanctioned nations including Venezuela, Cuba, Iran and Syria; adding to a long list of nations — including Russia, China, Nicaragua and North Korea — that now represent the quarter of the world’s population living under the boot of U.S. economic warfare.

The continuation of these sanctions during a deadly pandemic has revealed the true nature of the maximum pressure campaign that is not only hurting economies but killing millions of people.

Despite being on the receiving end of this deadly policy – which includes decades of crippling sanctions, threats of war, and attempted coups through the funding of extremist opposition groups – victims of Washington’s heavy-handed foreign policy are rising above the challenge to cope with the coronavirus.

Eight of these targeted nations have made an appeal to the international community, penning a letter to the United Nations Secretary-General, the UN’s High Commissioner on Human Rights and the Director-General of the World Health Organization calling for an end to the unilateral American economic blockade, calling U.S. sanctions “illegal” and a blatant violation of international law and the charter of the United Nations.

Dan Kovalik joins us to take a deep dive into the history of Washington’s policy of sanctions and humanitarian intervention, a policy that provides the framework for the mass pillaging of foreign nations on behalf of the U.S. establishment. Kovalik also discusses the trail of genocide, civil wars, and some of the worst humanitarian catastrophes in human history that this policy has left in its wake.

0 thoughts on “Podcast: Dan Kovalik on How Sanctions and Humanitarian Interventions are Used to Plunder Nations”