HOME / SOCIAL/CULTURAL / Revolutionary Boiling Point, And Other Notes From The Edge Of The Narrative Matrix 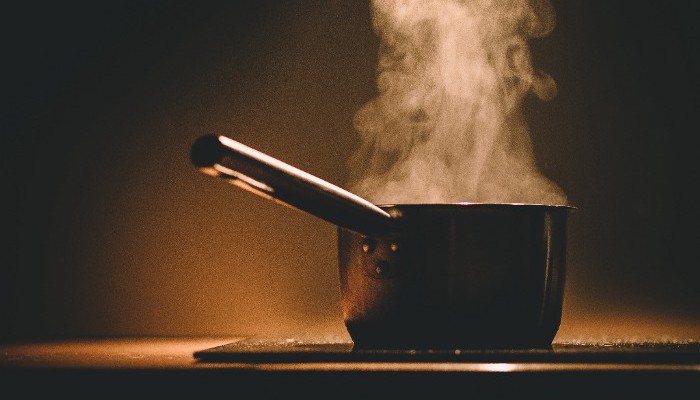 Arresting people for future crimes is called “pre-crime”, and it’s the stuff of dystopian horror fiction.

Violently dominating an entire planet because another country might hurt yours in the future is called “US foreign policy”, and it’s the stuff of mainstream news punditry.

Saying a US politician is bad on foreign policy but good on domestic policy is a bit like saying “Yeah my boyfriend murders hitchhikers, but he cooks.”

Dominant revolutionary thought consistently fails to adequately appreciate the power of oligarchic propaganda and its ability to manipulate the way people think, act and vote. Until this changes, there will be no revolution.

I was upset the Democrats nominated a candidate with a decades-long track record of reactionary warmongering corporate cronyism, but I changed my mind when I learned he has a “task force” where vaguely left-wing voices are allowed to speak words into a hole in the ground.

“Obamagate” will not lead to anything. Since 2016 both mainstream US parties have been saying the other party is about to be obliterated any minute now by scandalous revelations, and they’re always wrong. Both parties are pure swamp; you cannot use the swamp to drain the swamp.

If you still believe that one of America’s two mainstream parties is about to be brought to its knees by earth-shattering revelations any minute now, I highly recommend you also take up watching WWE, because you’ll definitely love it.

…into one big overwhelming anxiety-causing issue. It’s a lot less emotionally overwhelming and much easier to sort through if you consciously break up that big confusing hodgepodge into the separate issues that they actually are, and consider them individually. The concerns are still real, but you can examine them much more rationally.

‘May we please have our basic needs met?’

‘Hey why are you killing all those people overseas?’

‘Doesn’t it cost money to kill them though?’

Sure Democrats are helping to renew and expand Trump’s Orwellian surveillance powers after providing no meaningful resistance to any of his worst impulses, but in their defense at least they screamed “Putin puppet” very loudly for years and years.

My position is not that you shouldn’t vote for Biden, it’s that it doesn’t matter whether or not you do. Democratic Party leaders don’t care if Trump wins, so it’s not like you’ll be sticking it to them by withholding your vote. No real change will come from this election either way; it can only come from outside the system.

The problems our species now faces are the result of elite sociopathic manipulators using media to exploit human cognitive glitches which enable them to control the fate of the whole. Any analysis of our plight which doesn’t account for this is a flawed, power-serving analysis.

Humanity in and of itself is not the problem. The problem is that we sometimes produce humans whose brains lack functioning empathy centers, who use the advantage this gives them over the rest of us in their relationship with mental narrative to manipulate us to get things they want.

What’s required for a healthy world is not human extinction or a mass die-off, but a change in our collective relationship with mental narrative, where we use thought as a useful tool instead of the center of all our interest and attention. This change has always been possible.

People have been writing about the potential in humanity to awaken from the illusory nature of the mind and see reality clearly for thousands of years. What’s different now is (A) our newfound ability to share information and (B) the fact that we are now at evolve-or-die time. And we’ll either make that jump or we won’t. But we absolutely do have the ability and the freedom to transcend our unhealthy relationship with mental narrative which gives sociopaths the ability to manipulate us toward our collective doom.

Water doesn’t gradually start boiling; it gets hotter and hotter then suddenly boils.

People don’t gradually leave abusive relationships; it gets worse and worse and then suddenly they run.

People don’t gradually attain self-realization; they look closer and closer at the nature of their experience and then suddenly there’s a radical shift in perspective.

You can’t tell it’s about to happen by appearance.

My work is entirely reader-supported, so if you enjoyed this piece please consider sharing it around, liking me on Facebook, following my antics onTwitter, checking out my podcast on either Youtube, soundcloud, Apple podcasts or Spotify, following me on Steemit, throwing some money into my hat on Patreon or Paypal,

0 thoughts on “Revolutionary Boiling Point, And Other Notes From The Edge Of The Narrative Matrix”