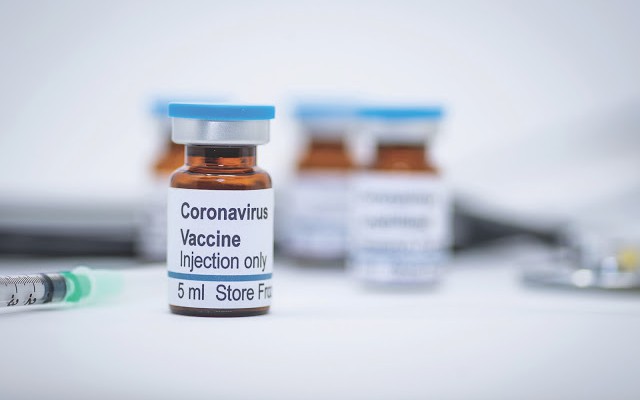 Big-Pharma – guilty of lying, cheating, stealing, bribery, and a history of exposing the public to dangerous and even deadly drugs – is being given billions to develop a Covid-19 “vaccine.” Would you trust your health to these criminals?

Coronavirus Disease 2019 or “Covid-19” hysteria is sweeping the globe – with mass media-induced public panic paralyzing entire nations, gutting economies of billions as workplaces are shutdown and the public shuttered indoors all while exposed to 24 hour news cycles deliberately fanning the flames of fear.

The West’s healthcare industry is already profiting both monetarily and in terms of artificial credibility as a panicked public turn to it for answers and safety.

Waiting to cash in on offering “cures” and “vaccines” for a virus that is essentially a bad cold – is the immensely corrupt Western pharmaceutical industry in particular – notorious corporations like GlaxoSmithKline (GSK), Novartis, Bayer, Merck, Johnson and Johnson, Pfizer, Lilly, and Gilead.

All corporations – without exception – pursuing government-funded vaccines and therapies for Covid-19 are corporations guilty and repeatedly convicted in courts of law around the globe of crimes including falsifying research, safety, and efficacy studies, bribing researchers, doctors, regulators, and even law enforcement officials, and marketing drugs that were either entirely ineffective or even dangerous.

Government funding from taxpayers across the Western World are being funneled into supposedly non-profit organizations like the Coalition for Epidemic Preparedness Innovation (CEPI) which are in actuality fronts created and chaired by big-pharma to avoid investing their own money into costly research and development and simply profit from whatever emerges from state-funded research.

CEPI – for example – is receiving billions in government funds from various nations that will be used for R&D that results in products sold by and profited from big-pharma.

Novartis – Plumbing the Depths of the Despicable
A particularly shocking and appalling example comes from Swiss pharmaceutical giant Novartis – who is currently attempting to ram through approval of its drug Jakafi as a therapy for severe Covid-19 patients.

A University of Pennsylvania team headed by Dr. Carl June and funded entirely by charity had developed a gene therapy that fully and permanently cured leukemia patients who had otherwise failed to respond to more traditional treatments like bone marrow transplants. During early trials in 2010-2012, one patient – a 6 year old named Emily Whitehead – was literally on her death bed before receiving the revolutionary gene therapy.

Today she is alive and well, in permanent remission.

What is more astounding about the therapy is that it is administered only one time. That is because after administration the patient’s cells are rewired permanently to fight off cancer. Old cells pass the cancer-fighting information off to new cells as they divide and multiply.

The therapy developed by Dr. June’s team is not only a one-time therapy, it is also incredibly cost effective. Under experimental conditions the procedure cost under 20,000 USD. Dr. June at a 2013 talk at The Society for Translational Oncology would state:

So the cost of goods, it’s interesting. The major cost here is gamma globulin. So the t-cells themselves, with us, for our in-house costs of an apheresis and so on is 15,000 dollars to manufacture the t-cells.

The charity that funded Dr. June’s team – Leukemia & Lymphoma Society (LLS) – would see its work sold off to Novartis, approved by the FDA in 2017 and marketed as Kymriah. What was noted by Dr. June himself as costing 15,000 USD to produce under experimental conditions was marked up by Novartis to an astronomical half-million dollars. The New York Times article that reported the drug’s cost never mentions the actual cost of the drug and instead defers to Novartis’ own explanation as to why the drug was so expensive.
The NYT had previously reported on the therapy’s progress before its acquisition by Novartis, yet NYT writers failed to hold Novartis accountable or inform readers of the actual cost of the therapy and expose price gouging by Novartis. This helps illustrate the mass media’s role in enabling and covering up for big-pharma’s corruption.
Upon closer examination – and no thanks to publications like NYT – it turns out LLS was and still is in partnership with Novartis and while it denied Novartis had anything to do with the gene therapy funded by LLS and ultimately sold to Novartis – the glaring conflict of interest remains and fits in perfectly with the wider pharmaceutical industry’s track record of corruption, abuse, and placing profits before human life.
The Novartis example is a microcosm of how the entire industry operates and indeed – precisely how it already is exploiting and profiting from Covid-19 hysteria where hard-working researchers have their work funded by shady “charities” only to be bought up by big-pharma and dangled over the heads of the desperate for movie-villain ransoms – all in cooperation with a complicit government and mass media.
GSK: A Bribery Racket that Rings the Globe
Another pharmaceutical corporation seeking to profit from Covid-19 is GlaxoSmithKline. What those who may be exposed to whatever products GSK markets in response to the virus should know is that GSK has been convicted on every inhabited continent of the planet for operating a global bribery racket aimed at doctors, researchers, regulators, politicians, and even law enforcement officials.

GSK has been convicted in Asia. The New York Times in its article, “Drug Giant Faced a Reckoning as China Took Aim at Bribery,” would claim:

The Glaxo case, which resulted in record penalties of nearly $500 million and a string of guilty pleas by executives, upended the power dynamic in China, unveiling an increasingly assertive government determined to tighten its grip over multinationals. In the three years since the arrests, the Chinese government, under President Xi Jinping, has unleashed the full force of the country’s authoritarian system, as part of a broader agenda of economic nationalism.

GSK has also been convicted in North America. The London Guardian would report in its article GlaxoSmithKline fined $3bn after bribing doctors to increase drugs sales that:

The pharmaceutical group GlaxoSmithKline has been fined $3bn (£1.9bn) after admitting bribing doctors and encouraging the prescription of unsuitable antidepressants to children. Glaxo is also expected to admit failing to report safety problems with the diabetes drug Avandia in a district court in Boston on Thursday.

The company encouraged sales reps in the US to mis-sell three drugs to doctors and lavished hospitality and kickbacks on those who agreed to write extra prescriptions, including trips to resorts in Bermuda, Jamaica and California.

GSK corruption also takes place in Europe. In early 2014, the London Telegraph would report in its article, “GlaxoSmithKline ‘bribed’ doctors to promote drugs in Europe, former worker claims,” that:

GlaxoSmithKline, Britain’s largest drug company, has been accused of bribing doctors to prescribe their medicines in Europe.

Doctors in Poland were allegedly paid to promote its asthma drug, Seretide, under the guise of funding for education programme, a former sales rep has claimed.

Medics were also said to have been paid for lectures in the country which did not take place.

And this is only scratching the surface of GSK’s bribery racket and associated impropriety – saying nothing of the wider industry’s abuse and corruption.

There is already a convincing answer to that question.

Big-Pharma Already Caught Faking Pandemics to Fill Their Coffers
The last wave of hysteria regarding a pandemic came in the form of the 2009 H1N1 outbreak or the “swine flu.”

If one vaguely remembers H1N1 and needs to look it up to refresh their memory – it’s probably because it was not the pandemic it was promoted as at the time by corrupt public health officials and a complicit mass media.

Among these corrupt public health officials were World Health Organization (WHO) “experts” who were in the pay of big-pharma and used their positions to declare the appearance of H1N1 as a “pandemic” justifying likewise paid-off governments to stockpile big-pharma medication for patients that never ended up needing them.

The BBC in their article, “WHO swine flu experts ‘linked’ with drug companies,” would admit:

Key scientists behind World Health Organization advice on stockpiling of pandemic flu drugs had financial ties with companies which stood to profit, an investigation has found.

The British Medical Journal says the scientists had openly declared these interests in other publications yet WHO made no mention of the links.

…three scientists involved in putting together the 2004 guidance had previously been paid by Roche or GSK for lecturing and consultancy work as well as being involved in research for the companies.

Roche – also mentioned – currently produces Covid-19 test kits and is obviously making massive profits by selling them amid sustained hysteria over the “pandemic.” It also profited when WHO officials it was paying off declared H1N1 a “pandemic” in 2009. It sold testing kits and anti-viral medication that made their way into entirely unnecessary government stockpiles.
Reuters in a 2014 article titled, “Stockpiles of Roche Tamiflu drug are waste of money, review finds,” would note:

Researchers who have fought for years to get full data on Roche’s flu medicine Tamiflu said on Thursday that governments who stockpile it are wasting billions of dollars on a drug whose effectiveness is in doubt.

Tamiflu sales hit almost $3 billion in 2009 – mostly due to its use in the H1N1 flu pandemic – but they have since declined.

Are we really going to allow these same corporations and the corrupt officials they are in league with among national and international bodies take the reins again amid Covid-19?

Serial Offenders Drive Covid-19 Hysteria
The same WHO – in partnership with the same serial offenders among the pharmaceutical industry – are now leading the response to Covid-19 – and the same complicit mass media that enabled the corruption and abuse of both in the past is helping fuel Covid-19 hysteria today to hand over unprecedented profits and power to these same interests that have repeatedly proven themselves in the past to not only be untrustworthy but also obstacles to – rather than the underwriters of – human health.
Soon, syringes will be filled with “vaccines” produced by this conglomerate of corruption and abuse, and the public told to roll up their sleeves and have themselves injected by substances created by literal criminals or else.
Under the illusion of legitimacy, science, and medicine, people will be pressured to submit to big-pharma and their co-conspirators within regulatory bodies, advisory organizations, the government, and the media, and whatever it is they actually fill these syringes with – whether it protects the public from Covid-19 or not – and whether such a vaccine is truly necessary or not.
While Covid-19 might be an actual pathogen, evidence suggests it does not warrant the overreaction we have seen worldwide. “Covid-19 hysteria” is – by far – having a much more devastating impact on humanity than the actual virus itself.  Amid this hysteria, the biggest genuine threat to human health – a corrupt pharmaceutical industry and their partners in the government – are poised to expand both their profits at the expense of the public, and their power over the public.
https://landdestroyer.blogspot.com/2020/05/criminal-big-pharma-put-in-charge-of.html#more
Tags: CoronavirushysteriapharmaceuticalsUSA