Arab dictatorships and the virus 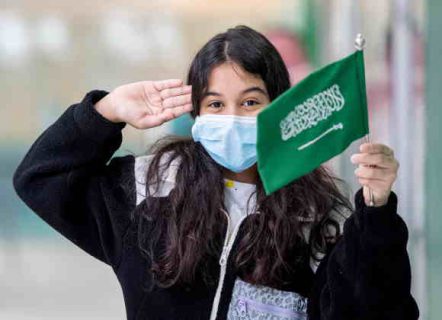 Repressive regimes have been relatively successful at containing the pandemic. Their real problems begin once it’s over.

There is no disputing that the majority of Arab states are governed by dictatorial regimes, varying only in degree. But its must be admitted, as even some Western observers concede, that these dictatorships have proven effective at confronting the coronavirus outbreak and containing its spread. They have done so by imposing drastic measures such as states of emergency and curfews in addition to closing down shops, businesses and places of worship. As a result, infection rates in most countries in the authoritarian Middle East have been lower than in ‘democratic’ regions like Europe.

Countries like Jordan and Saudi Arabia have sent the army onto the streets to arrest any curfew-breakers, while others like Algeria and Morocco have detained people accused of spreading rumours about the virus that they fear might cause panic among the public.

Ironically, the pandemic has come to the rescue of several Arab governments who have used it to put an end to mass public protests, banning them on the grounds that they violate emergency regulations and risk spreading the contagion among demonstrators. This has happened in Lebanon (although small-scale protests against the economic crisis resumed a few days ago), Algeria, Iraq and Jordan.

Worldwide, the number of people infected by the virus has reached around three and a quarter million, including a million in the United States, resulting in 228,000 deaths, the majority in the US and Europe. But death rates in the Arab world have been far lower. Egypt with a population of 100 million has recorded fewer than 400 fatalities. That contrasts with more than 26,000 in Britain and some 24,000 in Spain and France. Similarly, Algeria and Morocco, with populations of around 45 million, have reported 444 and 168 deaths respectively, while Saudi Arabia has registered 175. Jordan comes bottom of the list, with only eight deaths confirmed.

These figures could be artificially low due to a variety of factors, including inadequate testing and reporting. A number of Arab governments have been accused of deliberately concealing the true numbers in order to keep their populations calm and prevent panic. Some, like Egypt, have deported foreign journalists who have reported such suspicions. But even if the real death rates are considerably higher, they remain modest in comparison to those in Western countries that espouse transparency. The stern measures imposed by most Arab governments appear to have been effective in containing the outbreak.

This is by no means an endorsement of dictatorship or the repressive regimes that practice it. Open democracies are also capable of adopting strict measures such as lockdowns, banning gatherings, closing businesses and restaurants and suspending sports events.

Moreover, the Arab world’s relative success in dealing with the coronavirus does not mean an end to their government’s problems. With economies stalled, tourism terminated and oil prices and revenues slashed by more than half, their real problems are only beginning. It is what lies in store once the pandemic is over that is truly terrifying.

Arab dictatorships and the virus

0 thoughts on “Arab dictatorships and the virus”