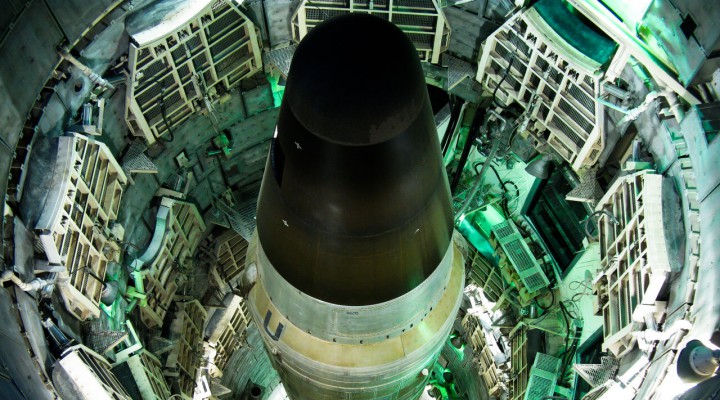 Israel is one of only five nations in the world that refuse to sign the Treaty on the Non-Proliferation of Nuclear Weapons, an international treaty aimed at ending the proliferation of nuclear weapons and achieving global nuclear disarmament.

The Stockholm International Peace Research Institute (SIPRI) — an international watchdog organization focusing on conflicts, the arms trade and nuclear proliferation — released a new report on Monday that claimed that Israel has nearly a hundred nuclear warheads, more than previously thought.

The SIPRI report described Israel’s nuclear arsenal as follows: 30 gravity bombs capable of delivering nuclear weapons by fighter jets; an additional 50 warheads that can be delivered by land-based ballistic missiles; and an unknown number of nuclear-armed, sea-launched cruise missiles that would grant Israel a sea-based second-strike capability.

In total, the SIPRI report estimated that Israel possesses between 80 and 90 nuclear weapons, an increase over previous years. SIPRI was unable, however, to confirm those estimates with Israel’s government, which has a long-standing policy of refusing to comment on its nuclear weapons program — a policy it describes as “nuclear ambiguity.”

As a result of this “nuclear ambiguity” policy, the actual number of Israeli nuclear weapons is unknown. Some other organizations, such as the U.S.-based Nuclear Threat Initiative, have estimated that Israel has produced enough weapons-grade plutonium to arm between 100 and 200 nuclear warheads. Israel is one of only five nations in the world that refuse to sign the Treaty on the Non-Proliferation of Nuclear Weapons, an international treaty aimed at ending the proliferation of nuclear weapons and achieving global nuclear disarmament. During a speech last August in front of the Dimona nuclear reactor in the Negev Desert, Israeli Prime Minister Benjamin Netanyahu threatened to use nuclear weapons to “wipe out” Israel’s enemies. More recently, Netanyahu and his allies in the U.S. accused Iran of seeking to develop nuclear weapons, despite the fact that intelligence agencies of both the U.S. and Israel have long recognized that Iran has no such program.

Unsafe, but only for those whose lives don’t matter

Late last week, an Israeli court heard arguments that the site had leaked radioactive waste on more than one occasion and that information about those leaks had been hidden from some of the facility’s employees. One of those employees, Faridi Taweel, is suing the facility after learning he had cancer, which he suspects was the result of exposure to leaked radioactive material at the site.

The exposure of the numerous leaks at the Dimona facility is greatly concerning, especially in light of the revelation just a few years ago that the Dimona reactor is believed, according to a group of Israeli scientists, to have an estimated 1,537 defects. Israel has reportedly refused to consider replacing or fixing the aging nuclear core.

The fact that the site has leaked and is rife with defects should be a major issue for Israelis, as the facility is just 30 miles south of Israel’s capital Tel Aviv. Yet it is the city of Dimona itself that is in the greatest danger, as it is located just eight miles from the highly defective reactor.

But Dimona is largely populated by Jews from Northern Africa. This minority, referred to as “Black Hebrews” in Israel, is routinely discriminated against by Israel’s government, a recent example of which was the revelation of a covert Israeli government program of forcibly sterilizing African Jewish immigrants.

In addition to its large population of African Jews, Dimona and the surrounding Negev Desert are home to several Palestinian Bedouin villages, villages that are frequently labeled as “illegal” and demolished by Israel’s government. The fact that there is no political will or effort to clean up the site or prevent future leaks, coupled with the fact that the most at-risk populations are minorities frequently discriminated against by Israel’s government, reveals yet another troubling and overlooked aspect of Israel’s secretive nuclear program.