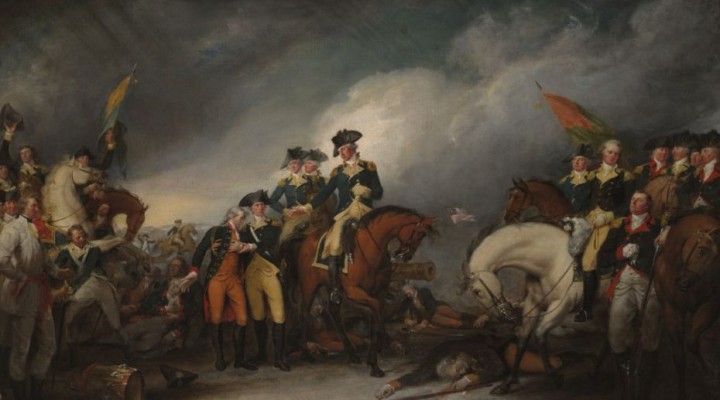 Donald John Trump has turned back the clock in the Western Hemisphere to an era that saw coups and political unrest as the order of the day.

Donald John Trump has turned back the clock in the Western Hemisphere to an era that saw coups and political unrest as the order of the day. Trump and his administration of far-right anti-socialists and pro-fascists have already overthrown the democratically-elected government of President Evo Morales of Bolivia. Trump has announced a policy of turning up the heat on President Nicolas Maduro’s government in Venezuela by ratcheting up the economic blockade of Cuba, a Venezuelan ally.

Trump’s reinvigoration of the 19th century imperialist Monroe Doctrine, which Washington uses as a political lever to prevent the Western Hemisphere from adopting its own foreign and domestic policies, has, once again, cast the United States in the light of an oppressive overlord over the nations of Latin America and the Caribbean.

The Trump regime has returned to a Cold War playbook of color-coding Western Hemisphere nations with red or pink for “socialist” and “communist.” Falling into the “red” category are Venezuela, which is suffering from crippling US-led economic, diplomatic, and trade sanctions, and Nicaragua and Cuba, which are also subject to sanctions. Color-coded “pink” are Mexico and Argentina, led by progressive presidents and which have shifted from their heretofore pro-US stances. Argentina elected progressive leftist Alberto Fernández as president and, as vice president, former president Cristina Fernandez de Kirchner. The Peronista left ticket defeated incumbent right-wing president Mauricio Macri, a one-time real estate business crony of Trump and someone who had abused the nation’s security services in a failed attempt to dig up dirt to target former President Kirchner in a bogus corruption court case. The same CIA-backed “lawfare” operation was used to impeach and remove from office Brazilian leftist president Dilma Rousseff and imprison her predecessor, the wildly popular Luiz Inácio Lula da Silva. Lula, recently freed from prison after his trial and conviction were deemed by the Supreme Court to have been a right-wing ruse, is vowing to challenge neo-Nazi president Jair Bolsonaro in the next presidential election.

Trump and his Central Intelligence Agency’s aggressive stance toward progressive hemispheric governments have seen more transitions from the “red/pink” bloc to the fascistic and pro-US bloc than the other direction. Ecuador has moved from the red/pink bloc to the blue as a result of the pro-US policies of President Lenin Moreno, who served as vice president under the leftist president Rafael Correa from 2007 to 2013. Moreno’s threats against his predecessor forced Correa to flee to political exile in Belgium. The recent right-wing coup in Bolivia was supported by fascist leaders of Brazil and Colombia. Bolivia’s democratically-elected president Evo Morales was forced to flee to Mexico, which granted him political asylum.

The revanchist imperialism of the Trump administration has witnessed Moreno and Morales being forced to flee the fascist “thugocracy” policies of their respective nations, which rely on abusing the legal system to stifle dissent and imprison opposition politicians. The governments of Chile and Peru have also firmly lined up with Washington and have engaged in anti-opposition policies that, in the case of Chile, has led to bloodshed in the streets as a result of brutal police actions.

A recent addition to the blue bloc from the pink/red coalition is Uruguay. After fifteen years of rule by the left-wing Broad Front, the right-wing National Party’s presidential candidate, Luis Lacalle Pou, declared a razor-thin victory over Broad Front candidate Daniel Martinez. One of Lacalle Pou’s first decisions was to recognize the opposition Venezuelan regime of the CIA puppet, Juan Guaido. Lacalle Pou also decided to align Uruguay with the Lima Group, a bloc of US lackey regimes dedicated to overthrowing the Maduro government of Venezuela. Lacalle Pou has also signaled his willingness to develop closer ties with the Bolsonaro regime in Brazil and distance Uruguay from the Fernandez- Kirchner government of Argentina. It is not secret that Argentina’s Alberto Fernández supported the Broad Front’s Daniel Martinez for president.

Of special concern to progressive Uruguayans is the role that Lacalle Pou’s coalition partner, the Cabildo Abierto party of far-right winger Guido Manini Ríos, will play in his government. If the CIA’s lawfare operations in Brazil, Argentina, Ecuador, and Bolivia are any indication, the Cabildo Abierto elements in Lacalle Pou’s government, all supporters of the former military junta’s war against leftists in the 1970s, may seek the arrest of former leftist presidents Jose Mujica, a leader of the leftist Tupamaro guerrillas in the 1970s, and Tabaré Vázquez. The Latin American fascist acolytes of Trump, from Bolsonaro and Bolivian politician Luis Fernando Camacho – known as the “Bolivian Bolsonaro” – to Manini Ríos and Colombian President Ivan Duque, all share in common a desire to imprison and even torture and execute the leftist opposition of their respective nations.

If the fascistic foreign policy power levers of the Trump White House, CIA, and State Department have their way, another leftist leader in South America will face prison or worse. Suriname’s leftist president Desi Bouterse was recently convicted by a military court of the extrajudicial executions of 15 political opponents in 1982, while he served as the military leader of the former Dutch colony.

The death of the 15 opposition leaders may have been the work of the CIA, which launched a coup attempt against Bouterse in 1982. In December 1982, the CIA worked closely with Dutch intelligence to establish contacts with Bouterse’s opposition in Suriname, including politicians, businessmen, and journalists. The Dutch provided assistance to former President Henck Chin a Sen and his Amsterdam-based opposition forces. The CIA plan included landing Surinamese rebels in Paramaribo, the Suriname capital, and seize power. There were also reports that the CIA planned to assassinate Bouterse during the coup, a direct violation of a White House executive order banning assassinations of foreign leaders. The CIA’s chief in-country liaison for the coup was US ambassador to Suriname Robert Duemling.

A CIA dispatch from Suriname, dated March 12, 1982, describes the CIA’s hands-on involvement in the coup against Bouterse: “Dissident military officers opposing the leftist trend of the military leadership launched a coup yesterday, but forces loyal to the government are still resisting. The group, calling itself the Army of National Liberation, is led by two officers who have been associated with conservative elements of the Surinamese society . . . Although the rebels have control of the Army’s main barracks and ammunition depot in Paramaribo, government strongman Army Commander Bouterse and troops loyal to him apparently have taken up a defensive position in the capital’s police camp some 6 kilometers away. Fighting subsided somewhat last night, with both sides claiming to be in control and appealing for support from military troops and citizenry. A large number of rank-and-file military, who had objected to Bouterse’s leftist policies several months ago, probably will join the dissidents if Bouterse’s position weakens further.” If anyone is responsible for the deaths of the opposition figures in 1982, one does not need to look beyond CIA headquarters in Langley and its interlocutors with the Ford Foundation in New York.

Suriname’s third largest ethnic group is Javanese, people who originally were settled by the Dutch colonizers from Indonesia. In 1982, Barack Obama’s mother, Stanley Ann Dunham, who spoke fluent Javanese, was already well-entrenched with CIA programs in Java through her employment with the US Agency for International Development (USAID) and the Ford Foundation. Dunham, who used her Indonesian last name, re-spelled Sutoro from Soetoro, was a valuable asset for the CIA’s program to destabilize Suriname through its business-oriented and very anti-Bouterse Javanese minority. Curiously, Ann Sutoro’s employment contract with the Ford Foundation ended in December 1982, the same month that the CIA attempted to oust Bouterse. During her 1981-1982 contract with the Ford Foundation, Dunham Sutoro spent much of her time liaising with the Ford Foundation’s headquarters in New York, a city that was also a base for the CIA-backed Surinamese opposition.

Perhaps not coincidentally, Bouterse was on a state visit to China when the court delivered its guilty verdict, along with a 20-year prison sentence. Bouterse seized power in 1980 during an era that saw leftist leaders like Daniel Ortega and his Sandinistas, Panamanian President Omar Torrijos, Ecuadorian President Jaime Roldos, Bolivian President Hernán Siles Zuazo, Jamaican Prime Minister Michael Manley, and Grenadian Prime Minister Maurice Bishop all buck Washington’s influence in the hemisphere. Bouterse became a destabilization target of the Ronald Reagan-George H. W. Bush administration. After stepping down from power in 1987, Bouterse and his National Democratic Party returned to power when Bouterse was elected president in 2010 and re-elected in 2015. In 2012, the National Assembly passed a bill that granted Bouterse immunity from prosecution. It was later overturned by a court in another blatant display of Washington-orchestrated lawfare. In 1999, the Dutch weighed in against Bouterse by being convicted by a Netherlands court of drug-trafficking. Bouterse denies all the claims against him and remains popular among the primarily Afro-Surinamese population.

The legal action against Bouterse appears to be part of the Trump administration’s program to curb China’s international “Belt and Road Initiative,” particularly in Latin America. Trump has countered with his own contrivance, called the “Growth in the Americas” program. Peru has signaled that it will join Argentina, Chile, Jamaica, and Panama in supporting the American anti-Chinese bloc. It is clear that if Washington is able to depose Bouterse from power in Suriname, it can prevent China from establishing a foothold in the country.

The Trump regime is attempting to move its chess pieces around on the Western hemisphere’s political chessboard. Increasingly, it will be up to exiled progressives like Correa and Morales, as well as the recently-liberated Lula, to counter the march to fascist rule from Tierra del Fuego to the Rio Grande.