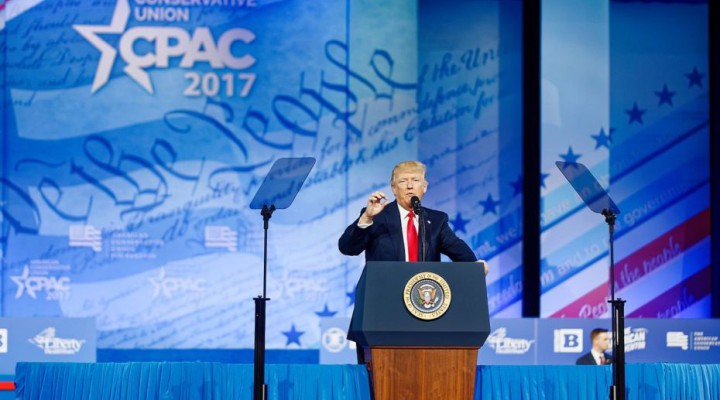 Aristotle defined a tyrant as someone who rules solely for his own benefit and pleasure. The world has seen the steady rise of such tyrants over the past few decades.

Modern diplomacy can generally be traced back to the late 19th century and the intercession of professional diplomats in the foreign relations between major and minor powers of the era. International negotiations to resolve problems were primarily handled by diplomats prior to politicians giving their assent to peace treaties and compacts. The Congress of Berlin of 1878 and 1905 Treaty of Portsmouth (New Hampshire) helped resolve the Russo-Turkish War and Russo-Japanese War, respectively. These early diplomatic efforts would eventually lead to treaties establishing the League of Nations, the International Court of Justice, and the United Nations, in addition to a variety of regional and specialized international agencies. Each of these international agencies brought into being a corps of international diplomats who, for the most part, were committed to hammering out disputes between nations through negotiations and not armed conflict. The lessons of World Wars I and II provided an impetus for nations to commit to dialogue rather than war.

In recent years, the world has seen the rise of anti-diplomacy occasioned by the appearance on the world stage of political brutes, all operating under the color of “populism.” Aristotle defined a tyrant as someone who rules solely for his own benefit and pleasure. The world has seen the steady rise of such tyrants over the past few decades. What is alarming is that tyranny and anti-diplomacy has flourished in erstwhile democratic nations having traditional presidential-legislative and parliamentary systems of government.

Perhaps it is fitting that Silvio Berlusconi, the media mogul and former Italian prime minister who introduced brutish governance to Europe in the 1990s, has returned to politics after a respite brought about by several indictments and a 2013 conviction for tax fraud. Berlusconi leads his right-wing Forza Italia political party as a member of the European Parliament. Berlusconi’s populism is consistently directed against “Communists.” Berlusconi now directs his ire at the anti-establishment Five Star Movement, which recently forced an old Berlusconi political ally – the right-wing Northern League led by Matteo Salvini – out of a coalition government. Salvini and Berlusconi now vie for the support of some 30 percent of the Italian electorate that continues to admire World War II fascist leader Benito Mussolini.

Berlusconi is recognized more for his crude comments than his neo-fascist policies. In 2003, Berlusconi suggested in the European Parliament that German Social Democratic MEP Martin Schulz play the role of a “kapo,” a concentration camp inmate who was empowered by the Nazi camp officials to enforce rules and labor details, in a forthcoming film. In another reference to German concentration camps that same year, Berlusconi said, “Mussolini never killed anyone, he just sent dissenters abroad for vacation.” Italian relations with Germany and Israel soured. In 2009, at a G20 Summit photo shoot with Queen Elizabeth II and other world leaders, the queen was irritated by Berlusconi’s loud shouting, prompting her to ask Barack Obama – who Berlusconi previously called “sun-tanned,” – “Why does he have to shout?” In 2010, Berlusconi further irritated Israel by telling a joke about a Jew who hid fellow Jews in his basement for money without telling them World War II was over. In 2011, Berlusconi said that German Chancellor Angela Merkel was “an unfuckable lard-ass.” Berlusconi also made crude remarks about Finland’s female president, Tarja Halonen and criticized the Spanish government for having too many women in its Cabinet. Berlusconi insulted China when he claimed that under Mao Zedong, the Chinese government “boiled children to fertilize the fields.” It was a clear sign that the age of modern diplomacy had hit rocky shoals and was about to rapidly sink. In 2011, the worst was yet to come.

Berlusconi’s vulgarity and anti-diplomacy would soon be matched by that of Rodrigo Duterte, the president of the Philippines. Duterte called the US ambassador in Manila a “bakla,” which means an effeminate man in the Tagalog language. Duterte also called President Obama a “son of a whore” and Pope Francis a “son of a bitch.” After Iceland criticized Duterte’s human rights record, he responded by stating that Icelanders “go about eating ice” and claimed that Iceland had “no policemen.” He added that Iceland had “too much ice, and there is no clear day or night there.” Duterte’s Foreign Secretary, Teodoro Locsin, Jr., who is nominally in charge of the country’s diplomatic corps, emulated Duterte by referring to Europeans as people “who don’t shower at least once daily and [were] likely on cartel payroll.” Asked about the Philippines and the “international community,” Locsin replied, “Fuck the international community. It can be bought.”

Australia’s Deputy Prime Minister Michael McCormack recently insulted South Pacific leaders concerned about the effects of global climate change on their vulnerable nations when he said of Pacific islanders, “They’ll continue to survive because many of their workers come here and pick our fruit.” Tuvalu Prime Minister Enele Sopoaga reacted by threatening to pull his nation’s citizens out of Australia’s seasonal workers program.

Such undiplomatic outbursts were once rare, even at the height of the Cold War. Dwight Eisenhower entertained visiting world leaders, including West German Chancellor Konrad Adenauer, French President Charles De Gaulle, Indian Prime Minister Jawaharlal Nehru, and British Prime Minister Harold Macmillan, at his Gettysburg, Pennsylvania farm, where, in 1959, Soviet Premier Nikita Khrushchev made a point of inviting Eisenhower’s grandchildren to visit Moscow with their grandparents on a future state visit. The era of diplomacy – both quiet and for public consumption – was one of carefully-written communiqués and protocol-conscious photo opportunities. Four letter epithets were never publicly overheard in matters of diplomatic statecraft.

The personalized insult rhetoric was normally consigned to Third World firebrand dictators like Uganda’s Idi Amin, Zimbabwe’s Robert Mugabe, and Gambia’s Yahya Jammeh. In the current post-diplomacy era, such insults would no longer emanate from well-guarded presidential palaces in Kampala, Harare, or Banjul, but from the White House, Number 10 Downing Street, and Parliament Hill in Canberra. Leaders and their close advisers now sound more like drunken sailors leaving a bar than representatives of nations with long democratic traditions.

Britain’s Boris Johnson has had a non-distinguished history of insulting people, both as Mayor of London, Foreign Secretary, and now as Prime Minister. He once called those in Commonwealth nations, who avidly welcomed the British Queen, “cheering crowds of flag-waving piccaninnies” bearing “watermelon smiles.” Johnson also said the people of Papua New Guinea, a Commonwealth member nation, practiced “orgies of cannibalism and chief-killing.” Johnson also referred to Africa as “that country.” As Foreign Secretary, Johnson was prepared to recite a crude poem, titled the “Road to Mandalay,” written by Rudyard Kipling about colonial era-Burma. Johnson happened to be visiting the most scared Buddhist temple – the Shwedegon Pagoda – in Yangon, Myanmar. Johnson was prepared to utter the following stanza that referred to Buddha: “Bloomin’ idol made o’ mud/ Wot they called the Great Gawd Budd” – before the British ambassador stopped him with a warning that it was definitely not appropriate to recite such words in the Buddhist religious shrine.

Johnson also insulted Turkish President Recep Tayyip Erdogan – who is no shrinking violet when it comes to his own insults – with a crude limerick he wrote:

“There was a young fellow from Ankara
Who was a terrific wankerer
Till he sowed his wild oats
With the help of a goat
But he didn’t even stop to thankera.”

Not to be outdone, Erdogan and Israeli Prime Minister Binyamin Netanyahu were fond of trading insults, with each calling the other a “terrorist.” Erdogan also insulted Australia, stating that “anti-Muslim Australians” in Turkey would return to Australia in coffins like their grandfathers, a reference to the World War I Gallipoli, Turkey invasion that saw thousands of Australian soldiers killed in battle.

Johnson’s ideological and vulgar doppelganger in Washington, Donald Trump, has similarly disparaged Africa and Africans by calling their nations “shithole countries.” At a Republican Party fundraiser in the millionaire enclave of The Hamptons on Long Island, Trump mimicked South Korean President Moon Jae-in and Japanese Prime Minister Shinzo Abe by speaking in a mock Asian accent. Trump’s insults of Mexicans resulted in then-Mexican President Enrique Peña Nieto canceling a visit to Washington in 2017.

Prior to his love affair with North Korean leader Kim Jong Un, Trump referred to him as “little rocket man.” Canadian Prime Minster Justin Trudeau was called “very dishonest and weak” after Trump stormed out of the 2018 G-7 summit in Quebec. Trump called Danish Prime Minister Mette Frederiksen as “nasty,” after she rejected as “absurd” Trump’s proposal to buy Greenland from Denmark. Trump also insulted Denmark’s Queen Margrethe II by canceling, at the last minute, a state visit to Denmark, leaving the Danes with pre-purchased state dinner food and drink. Trump insulted Swedish Prime Minister Stefan Löfven after the prime minister informed Trump that he had no power to release from jail a fourth-rate US rapper named A$AP Rocky who was charged with the assault of a man on a Stockholm street.

Others who have fallen victim to Trump’s personal insults include French President Emmanuel Macron, German Chancellor Merkel, former British Prime Minister Theresa May, Iranian President Hassan Rouhani, Montenegro Prime Minister Duško Marković, former Australian Prime Minister Malcolm Turnbull, Pakistani Prime Minister Imran Khan (who had to arrange for his own transportation to downtown Washington, DC after arriving at Dulles International Airport in Virginia for a visit to the White House),Afghan President Ashraf Ghani (whose only invitation to meet with Trump was to be at an abruptly-canceled “secret” meeting with Taliban leaders at Camp David in Maryland during the same week that marks the 9/11 attack). There have been others similarly insulted.

The schoolyard antics of Trump and Johnson are matched by Brazil’s Adolf Hitler-loving President Jair Bolsonaro. After President Macron criticized Bolsonaro’s handling of Amazon rainforest arson-inducted fires, Bolsonaro criticized the age of Macron’s wife, Brigitte, who is 66, as compared to Bolsonaro’s wife, who is 37. Macron responded, “I think that Brazilians, who are a great people, will probably be ashamed to see this behavior.” In July of this year, Bolsonaro canceled a meeting with French Foreign Minister Jean-Yves Le Drian to get a haircut.

After United Nations High Commissioner for Human Rights and former Chilean President Michelle Bachelet criticized police abuse and the killing of Amazon indigenous tribal leaders in Brazil, Bolsonaro replied, “While [Bachelet] says that Brazil is losing democratic space, she forgets that her country is not Cuba thanks only to those who had the courage to put a stop on the left-wing in 1973,” a reference to the 1973 military coup that ousted Chile’s democratically-elected Socialist President Salvador Allende. Bolsonaro added insult to injury by praising the Chilean junta’s execution of Bachelet’s father, Air Force Brigadier General Alberto Bachelet. Bolsonaro bragged that “among the communists during that era was her [Bachelet’s] brigadier father.” Bolsonaro’s Economy Minister, Paulo Guedes, piled on, stating that: “What I see in the newspapers is that he [Bolsonaro] insulted [Michelle] Bachelet, or that he called Macron’s wife ugly . . . He did say that and it’s true – the woman is indeed ugly.”

Too many diplomats, from UN Secretary General Dag Hammarskjold and UN Middle East mediator Count Folke Bernadotte to Russian ambassador to Turkey Andrei Karlov, US ambassador to Cyprus Rodger Davies, and UN Commissioner for Namibia Bernt Carlsson, have died in diplomatic service in furtherance of peace to allow low-class ruffians and gangsters to hijack modern diplomacy for their own greedy and extremist purposes.

0 thoughts on “The End of Modern Diplomacy”