HOME / SOCIAL/CULTURAL / Mass Ignorance in the Age of Information

Mass Ignorance in the Age of Information 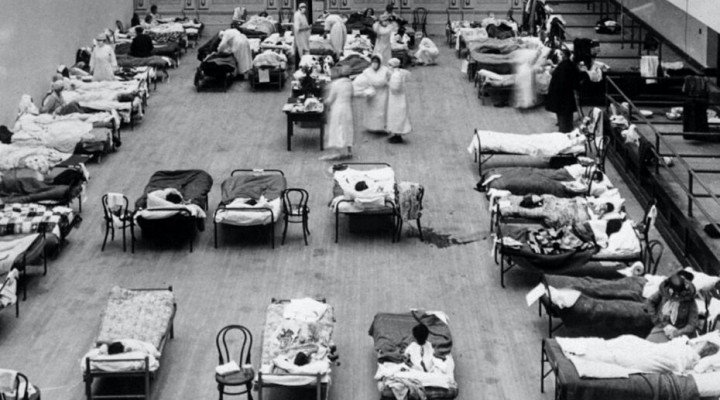 It is shameful that the people of 1918 were far more responsible in dealing with a pandemic – with their relatively limited information resources – than people are today with a wealth of information gadgetry at their disposal.

It is beyond counter-intuitive that in the Age of Information, the masses are more ignorant of facts than at any time in the past. It matters not that smart phones provide reliable information to individuals at their fingertips. Increasingly, some of the most well-informed people on the planet are adopting the mindsets of the Luddites, the anti-technology English workers of the 19th century.

Aversion to facts is endemic among the right-wing. However, even among certain quarters of the left-wing, mostly neo-Trotskyists and affiliated anarchists, there is an increasing rejection of Covid-19 pandemic public health restrictions. The present-day rejection of vaccinations, social distancing, personal protective equipment, common sense sanitation steps, and other measures designed to protect the public from the raging Covid virus was not even seen in past pandemics, including the 1918 influenza, the 2002-2004 SARS outbreak, and the 2009 H1N1 novel virus (“swine flu”) pandemic. Unlike the 1918 influenza and Covid-19, the SARS outbreak was contained as that – an outbreak – and never reached the pandemic stage. Quick reaction by governments and the World Health Organization (WHO) ensured that the mortality from H1N1, which spread from Mexico, did not exceed 12,500 deaths worldwide.

It seems mind boggling that from 1918 to 1919, people around the world and with only newspapers as their major source of information, were more willing to accept the recommendations of doctors, nurses, the Red Cross, and government public health officials than today, with 24-hour satellite news, the Internet, and smart phones and smart watches.

In 1918 and 1919, Americans, who were used to following government directions during World War I, did not pitch fits and engage in mass protest actions when the U.S. Surgeon-General, Dr. Rupert Blue, who served in his post from 1912 to 1920, mandated quarantines to stop the spread of the 1918 influenza. Dr. Blue, a past president of the American Medical Association, cooperated with the American Red Cross and state boards of health to deal with the 1918-19 global pandemic. No one of any importance questioned the motives of Dr. Blue, the Red Cross, or state public health directors as some conspiracy theorists and far right-wing armed gangs have done during Covid-19 with regard to Dr. Anthony Fauci, the director of the National Institutes of Health’s National Institute of Allergy and Infectious Diseases; Dr. Robert Redfield, the director of the Centers for Disease Control and Prevention; and various state governors, mayors, and their respective public health directors.

In 1918, after the cities of San Francisco, Seattle, Oakland, Sacramento, Denver, Indianapolis, and Pasadena, California imposed mandatory mask laws, only a few odd balls and crackpots, including members of the small Anti-Mask League, opposed the ordinances. Masks were then made from gauze and cheesecloth and their effectiveness was better than using nothing. That said, most people did not object to wearing the masks. Nor was the public tolerant of public sneezers, coughers, and spitters. The average member of the public in 1918 and 1919 had much more common sense than does his or her grandchildren and great grandchildren have today. In many cities, people waited in line to receive masks at distribution centers. With world mortality from the “Great Influenza” topping between 50 million and 100 million people, the men and women of 1918 did not have to be coerced into the truth about the threat they were dealing with. People had to store corpses of flu victims in closets, basements, and on front porches until they could be collected to be buried in mass graves. Calls went out for volunteer gravediggers. School teachers, idled by canceled classes, volunteered as nurse assistants.

The anti-public health influenza naysayers and village idiots of 1918 and 1919 were ostracized by society and certainly not given quarter by President Woodrow Wilson, Dr. Blue, state governors, or any member of the U.S. Congress valuing his seat. The present-day nitwittery about Covid-19 mandatory health measures, including Covid vaccines, exhibited by those on television and the radio, as well as those serving in public office, would have thoroughly bewildered the politicians and journalists of the post-World War I era.

In 1918, when colleges called off football games to stop the flu’s spread, President Wilson did not carry on like a three-year old baby, as did Donald Trump in reacting to football cancellations. Unlike his present-day medical professional namesakes – Republican Senator Rand Paul of Kentucky, an ophthalmologist, and his father, one-time Republican presidential candidate Ron Paul, a gynecologist, Salt Lake City’s health commissioner, Dr. Samuel G. Paul, called the wearing of face masks “the most certain preventive measure against infection that can be taken.” In 1918, Dr. Paul of Salt Lake City was more knowledgeable about infectious diseases than the father-son Dr. Pauls are today. A very sad commentary on what passes as legitimate discourse in the Party of Trump.

Today, irresponsible purveyors of information to the public have suggested that Covid-19 is caused by 5G wireless networks, a Chinese government bio-warfare laboratory, Microsoft founder Bill Gates in collusion with George Soros, and genetically-modified crops. Compare such bunkum to the informed news report about the origins of the 1918 flu in the July 13, 1918 “Salt Lake Telegram”:

“Epidemic of Influenza Threatens Whole World — LONDON July 13 — Is the world face to face with another International epidemic of influenza commonly known in America as ‘the grippe?’ The obnoxious disease first became epidemic in Spain a few months ago. Even King Alfonso fell a victim to it. Hardly a city or town in Spain escaped.

Then it spread to Germany and the German army became infected. So widespread was the epidemic in Hunland that the delay in resuming the German drive on the western front has been ascribed to it.

Now the influenza has spread to England and whole counties are suffering-from it. The epidemic has reached the midlands, schools have been closed to prevent its further spread and many mines and factories are in danger of shutting down.

It seems likely that the epidemic will soon assume the proportions of a pandemic – as in Spain and Germany. Will the disease spread to the United States and cripple that country’s war industries also?

The present prevalence of the disease is the most widespread since the worldwide epidemic of 1889, when every country on the globe was affected. There were recurring epidemics in 1893, 1894 and 1895, but they were viewed as of the persisting epidemic of several years before.

The grippe plague seems to have no system in spreading itself. It jumps from one country to another over seas and mountains. That was the case in 1889. In the present epidemic it has jumped France and the English channel to England.

Of course, there is always more or less of la grippe in America, both winter and summer. But English physicians are warning their brothers in the United States to be on the lookout for a real epidemic.

Influenza is extremely infectious and is caused by a microbe known to scientists as ‘Pfeiffer’s bacillus.’ The fact that that it has a German name Is no guaranty that its present spread is due to a German plot to make the whole world sick, for Germany was one of the first nations attacked.

Everybody knows – to his sorrow – the symptoms of the disease and it is important, if the spread is to be checked, to consult a physician and dose up with quinine immediately they are felt coming on.”

Even during wartime in 1918, when anti-German propaganda was at a fever’s pitch in the United States, the newspapers were warning Americans not to engage in senseless conspiracy theories about the influenza being some sort of German biological warfare attack, merely because the virus was called Pfeiffer’s bacillus. And, although the 1918 influenza was erroneously called the “Spanish flu,” it was realized by many that it received that name because the newspapers in non-belligerent Spain, which were not under the type of wartime censorship of the press existing in France, Germany, and Britain, were the first to extensively report on the virus and its rapid spread. Some newspapers accurately reported that Spain was not the point of origin of the influenza but a recipient nation. Dr. William R. Brown, the City Physician of Ogden, Utah, stated that although it was known as the “Spanish Influenza,” there was “no reason to believe that this particular epidemic originated in Spain.” Dr. Brown’s advice resembled that of public health authorities today: “Wash the hands often. Avoid over crowded places. Keep plenty of fresh air circulating through your rooms from open windows.”

Compare that reaction to present-day irresponsible conspiracies, including those spread by Trump, Brazil’s Jair Bolsonaro, and other politicians of the far-right – all in connivance with conservative media outlets — that Covid-19 was developed in secret by Chinese scientists as some sort of bio-weapon. The virus has even been given names like the “Wuhan flu,” “China virus,” and other, more racist, monikers.

It is shameful that the people of 1918 were far more responsible in dealing with a pandemic – with their relatively limited information resources – than people are today with a wealth of information gadgetry at their disposal.

Mass Ignorance in the Age of Information

0 thoughts on “Mass Ignorance in the Age of Information”