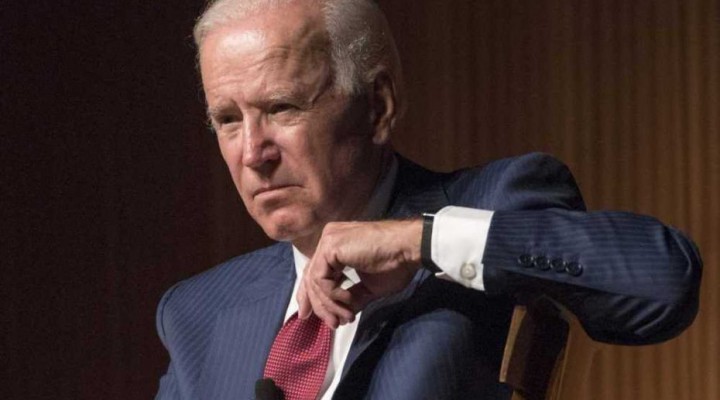 Biden’s age is an asset for the former vice president amid a field of younger candidates who lack the “gravitas” to take on the mercurial and bombastic Trump, Wayne Madsen writes.

Former Vice President Joe Biden, who has been a national political leader since 1972, decided, at the age of 76, to run for president of the United States. Biden’s videotaped announcement stressed that Donald Trump’s acquiescence of the August 2017 neo-Nazi and white supremacist “Unite the Right” rally in Charlottesville, Virginia was changing the very fabric of the United States. Biden took a commanding lead in the opinion polls, leading the over 20 other Democratic contenders. Biden also outraised his opponents in small donation fundraising during the first 24 hours of his official candidacy.

While the Democrats are fielding a several younger and more progressive candidates, including several women, Biden – who is actually a few years younger than his opponent, Senator Bernie Sanders of Vermont – has adopted a center with a slight lurch to the left policy plank. Biden is taking the safe path to what he and many others believe will be a 2020 decisive victory over Trump.

History would suggest that Biden has a decent chance of ensuring Trump is a one-term president. In times of political trauma, which usually follow wars, assassinations, and dictatorships, electorates have often turned to political or military figures from the past to ensure a return to stability.

After the U.S. Civil War, the assassination of Abraham Lincoln, and an unsuccessful congressional impeachment of Lincoln’s successor, Andrew Johnson, the U.S. electorate was ready for someone who represented what they considered to be firm but fair. In 1868, campaigning with the slogan, “Let us have peace,” the victorious general of the Civil War, Republican Ulysses S. Grant, was elected president in a landslide over Democratic former New York Governor Horatio Seymour.

In 1952, the U.S. would turn to another former general, Dwight Eisenhower, to serve as president. Eisenhower promised to end the bloody and costly Korean conflict and concentrate on domestic policies. Eisenhower’s eight years in office represented booming times for U.S. economic stability and the rise of a strong middle class.

Following Germany’s defeat in World War II, Konrad Adenauer, an elder statesman of the interwar period’s center-right party, was elected as the first chancellor of the newly-constituted Federal Republic of Germany. As the first president of the Federal Republic, Free Democratic Party elder statesman, Theodor Heuss, was elected. Both Adenauer, who was 76 when sworn in and nicknamed “Der Alte” (the elder), and Heuss, who was 65 when elected, had troublesome baggage from the Nazi era. In 1932, Adenauer had publicly called for a coalition government between his Zentrum party and Adolf Hitler’s Nazis. In 1933, Heuss, as a member of the Reichstag representing the German State Party, voted in favor of the Enabling Act (“Ermächtigungsgesetz”), which granted Hitler dictatorial powers. In 1949, with other looming problems for Germany, the electorate and the Allied occupation powers of the United States, Britain, and France felt that Adenauer’s and Heuss’s past decisions, which they later regretted, should not serve as an impediment to taking the reins of political control of West Germany. There are, of course, lessons here for Biden, who has collected some of his own unfortunate baggage over the decades.

Joe Biden, for many Democrats, independents, and anti-Trump Republicans, is America’s “Der Alte.” Like Adenauer, Biden is 76, but his age is, in fact, an asset for the former vice president amid a field of younger candidates who lack the “gravitas” to take on the mercurial and bombastic Trump.

In 1974, Greece ousted the military junta of colonels who had taken power in a 1967 coup. Former Prime Minister Konstantinos Karamanlis, who had been living in exile in Paris, was invited to form a government. During a time of instability, when Greeks feared that the military might stage another coup, the country called on a 67-year old former prime minister to lead their nation out of the abyss. Angered over the role of the United States and NATO in backing the 1967 military coup and giving the green light for Turkey’s invasion of Cyprus, Karamanlis pulled Greece out of the military command structure of the western alliance. Karamanlis served as prime minister until 1980, when he was elected president. When Karamanlis retired from the presidency in 1995, he was 88-years old. Greece, the cradle of democracy, turned to an elder statesman to restore democratic rule after the ruthless dictatorship of the colonels.

In 1958, the French Fourth Republic fell. The collapse came amid a growing war for independence in Algeria and plots by right-wing military elements in France. The hero of the Free French, General Charles de Gaulle, who had served as post-war premier of France in several shaky governments, was called on to lead the Fifth Republic. From retirement, de Gaulle decried those who feared he would establish a dictatorial strong presidency for the sake of stability. De Gaulle said, “Who honestly believes that, at age 67, I would start a career as a dictator?” Like Karamanlis in Greece, de Gaulle suspected NATO and the United States might have been behind right-wing military coup plotters attempting a takeover of his country. In 1967, de Gaulle withdrew from NATO’s military command structure and expelled NATO headquarters from Paris. De Gaulle served as president until 1969.

Age was no impediment to Adenauer, Karamanlis, and De Gaulle ruling effectively. All three were supported by a cross-spectrum of political parties. From first reactions to Biden’s presidential announcement, a similar array of political supporters has appeared, from pro-labor union Democrats to erstwhile Republican business executives. The American “Der Alte” is being transformed from a standard political party candidate to the leader of a popular movement and that poses a distinct problem for Trump achieving a second term.

Other countries have turned to elder statesmen to lead them through troubled times. Finland’s five-time prime minister, Urho Kekkonen, was elected president in 1956. He served four terms, leaving office in 1981 at the age of 81.

Critics of Joe Biden cite his entry into national politics when Richard Nixon was president. Tunisians did not mind that Essebsi cut his political eyeteeth while working for Habib Bourguiba, Tunisia’s first post-independence president. Lebanon also looked to past political leadership when, in 2016, it elected an 84-year old former prime minister, General Michel Aoun, as president. Aoun was widely seen as a consensus candidate in a nation that had suffered from numerous civil upheavals.

Turning to a past national leader to, once again, serve his or her nation is more common than one might think. Britain saw prime ministers Winston Churchill and Harold Wilson serve two non-consecutive terms. The same occurred in India with prime minister Indira Gandhi. Sri Lanka’s Sirimavo Bandaranaike served three non-consecutive terms as prime minister. The United States elected Grove Cleveland as president in 1893 even though Cleveland had previously served as president from 1885 to 1889.

Age was no impediment to Morarji Desai succeeding Indira Gandhi as prime minister in 1977. Desai was 81-years old when he became the head of government of the world’s most populous democracy.

Age and experience count for a lot when a country is experiencing an existential threat from political instability or rather erratic political leadership. During the 1970s, Uganda suffered under the brutal dictatorship of Idi Amin, who claimed to be the uncrowned King of Scotland and proclaimed himself “Lord of All the Beasts of the Earth and Fishes of the Seas and Conqueror of the British Empire in Africa.” Ruling since a 1971 coup against the father of independent Uganda, Milton Obote, Amin was overthrown in 1979. In 1980, Uganda turned to Obote to again lead the nation as president.

Donald Trump has made similar unhinged boasts, including proclaiming his to be the most transparent administration in history and having poll numbers greater than any past president, except for Lincoln. Political polling did not start until the second term of President Franklin Roosevelt in 1936. The American electorate, displaying common human nature and a desire for normalcy, will play it safe with a President Biden in order to lead the United States and the world back into the realm of sanity and consistency.