HOME / SOCIAL/CULTURAL / Wikipedia, Popular Confusions and the Pretexts for War

Wikipedia, Popular Confusions and the Pretexts for War 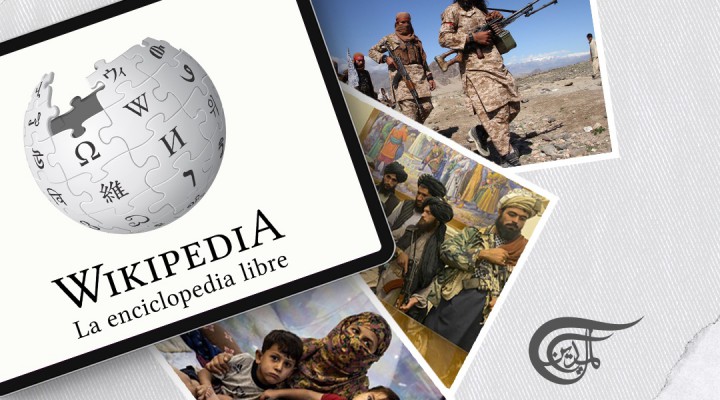 The online encyclopedia gives the impression of amassing knowledge through some sort of participatory democracy, while practicing something quite different.

The online encyclopedia Wikipedia, created by the US-based Wikimedia Foundation, has been a key innovator in the participatory compilation of mass information – and a principal motor of dumbing down social understandings and promoting war.

I recall my first experience with Wikipedia, in 2002 or 2003, as I searched for the legal pretexts for the 2011 US invasion of Afghanistan. The relevant Wikipedia entry of that time (helpfully introduced by another US media giant, Google) claimed that the invasion had been authorised by the UN Security Council.

I had read enough by then to know this was not true. So I looked up UNSC resolution 1373 (28 September 2001), reminding myself that it was about the prevention and suppression of terrorism, including denying ‘safe havens’. However, there was no mention in UNSC resolutions about authorised use of force neither against Afghanistan, nor of a ‘new government’ until after a US invasion had smashed the Taliban regime.

At that time, the Taliban had not ruled out the possibility of handing over suspects, including Osama Bin Laden, for the 11 September terrorist attacks on New York. It was President George W. Bush who broke off negotiations with his illegal 7 October 2001 invasion.

My amendment to the ‘invasion’ entry included reference to UNSC resolution 1373. I was surprised at the initial false entry and at the same time a little encouraged that I was able to correct the entry. That illusion of corrective vindication was short-lived.

Very rapidly it became apparent to me that the failures of Wikipedia, particularly on matters of great controversy, were deep and structural. The deep bias was rooted in Wikipedia’s heavy reliance on (in the English language version) the Anglo-American corporate and state media, or what are called “reliable sources”. There are other problems of method, which I will address in a moment.

The current (August 2021) entry on what is now called the ‘United States Invasion of Afghanistan’ mostly avoids the question of international law, simply stating that “although the United Nations Security Council (UNSC) did not authorize the US-led military campaign, some argued it was a legitimate form of self-defense under the UN Charter”.

‘Some argue’ are weasel words but apparently acceptable under the Wikimedia regime, if they can suggest some basis in ‘reliable sources’. Some others, including this writer, will argue that the invasion of Afghanistan – and the subsequent 20 years of foreign occupation – had nothing to do with self-defence of the USA.

On the official version of events (i.e. ignoring other theories) about half the 11 September, 2001 plane hijackers were Saudi nationals, and none were from Afghanistan. In 2006 President Bush said he was not that concerned about 911 suspect Osama Bin Laden and that the ‘scope of the mission’ was much broader than one man. By 2012 Amnesty International was receiving criticism for backing NATO’s pretext that its occupation was to support the human rights of Afghan women.

So what is the role of Wikipedia here and how does it support the pretexts for war?

The online encyclopedia gives the impression of amassing knowledge through some sort of participatory democracy, while practising something quite different. In particular, Wikipedia reinforces a  ‘hegemonic-authoritative consensus’ by reproducing and amplifying media perspectives closely linked to the leading NATO states.

Its guidelines make it clear that “Wikipedia articles must not contain original research … Wikipedia articles should be based on reliable, published secondary sources”. While this may work well for many narrow or technical pieces of information (like features of the latest smartphones), it is a recipe for failure in anything controversial.

Most western academics encourage students to read widely and to prefer primary sources. We reject Wikipedia as a credible source, precisely because it is anonymous, derivative and open source. No one even takes responsibility for the entries. The point of the academic tradition has been to get as close as possible to the sources of evidence and take responsibility for interpretation, rather than simply adopting the conclusions of others.

Wikipedia says the reverse: something cannot be ‘knowledge’ until it has been adopted by a “reliable” source, and primary sources must be avoided. That means ‘original research’ and, therefore, distinct conclusions to the ‘reliable’ media are seen as deviations.

A group of ‘super editors’ (mostly North American and British) determine and arbitrate on these reliable sources. Further, as most contributions are anonymous, there is no way of knowing the scale of vested interest and conflict of interest.

Anonymity amongst contributors and super editors makes Wikipedia easy prey to powerful lobbyists. For this reason, we find that Wikipedia biographies of those such as the “respected world figure” Hillary Clinton, are polished squeaky clean by her faction’s lobbyists, despite Clinton’s disrepute even in the USA, which led to electoral humiliation in 2016.

Compare this to the various anti-war and resistance figures, who are vilified in various terms, by small armies employed by the NATO states and their acolytes. Anonymous editors like the ubiquitous media troll ‘Philip Cross’ ensure that counter hegemonic public information remains marginalised and abused.

The lobbyist influence on Wikipedia is now widespread and notorious in corporate propaganda, in the management of political scandal and in concealing Wikipedia’s discredited methods.

Wikipedia has persisted in calling the highly internationalised war on Syria a Civil War, even though three foreign powers occupy the country; and each of them – “Israel”, Turkey and the USA – have admitted or have been exposed in arming the very same terrorist militia which have wrought mass death and destruction across the independent Arab country.

Maintaining the illusion that the USA – the Great Pretender in world affairs – intervenes with humanitarian or protective motives – however implausible each claim may be – creates sufficient confusion to defuse popular anger over each new war.

Western stupidity, a worthy subject of study, has several components: an enforced hegemonic-authoritative consensus, methodological individualism (including anecdotal knowledge) and freedom of expression within ‘allowable space’.

Wikipedia has become a key purveyor of that hegemonic-authoritative consensus, especially in keeping alive the various false pretexts for war.

The Problem With Wikipedia and the Digital Revolution

The Problem of Wikipedia

0 thoughts on “Wikipedia, Popular Confusions and the Pretexts for War”