Learning from Your Enemy: Methodological Failures in Western War Analysis 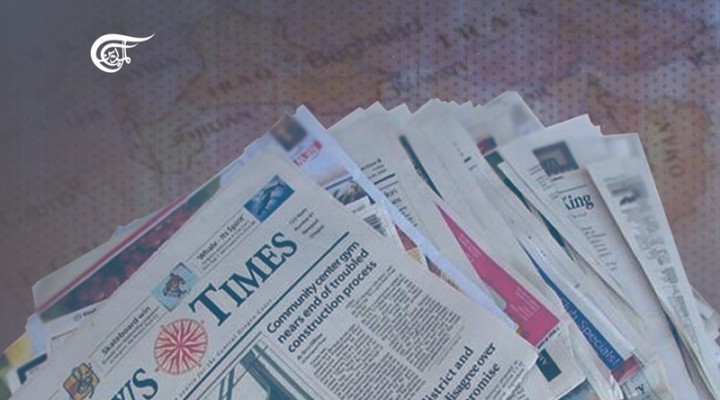 Failing to read and understand one’s enemy is dangerous, as Lao Tzu said many centuries ago, creating an ignorant ‘yes man’ culture of self-deception.

Washington’s role in at least eight Middle East wars of the 21st century (against the peoples of Palestine, Afghanistan, Iraq, Lebanon, Libya, Syria, Iran, and Yemen) has been hotly debated between two broad camps: those (including this writer) who regard them all as illegal wars of aggression; and those who either imagine they are not connected or defend them as the necessary policing measures of a global hegemon.

However this debate is plagued by poor method, and in particular by a strategic bias that adopts obligatory ‘loyalty’ elements and fails to study what are seen as enemy perspectives. That cripples even the most articulate and apparently critical discussions.

Yet failing to read and understand one’s enemy is dangerous, as Lao Tzu said many centuries ago, creating an ignorant ‘yes man’ culture of self-deception. The refusal to read and learn from a substantial enemy is simply childish or ignorant cynicism.

Let me illustrate this problem with a few articles from the ‘New Middle East’ wars, a piece on Yemen by Bruce Riedel (Brookings, 2017), an article on Iran by Hassan Hassan (Politico, 2020), and a discussion on terrorism by Paul Pillar (Responsible Statecraft, 2021). These are far from the worst of western war analysis, but all share similar methodological problems.

Many years into these various wars, to ‘qualify’ as published war discussion western journals carry a strong expectation of some initial expression of loyalty to the overall project, if not to all the tactics. In the most obvious version of this, the analyst directly identifies with a state party at war, speaking in the first person plural (“we”).

So Riedel speaks of “our de facto enemies”, asking “why are we at war” with “the Houthis” (i.e. the Ansarallah-led Yemeni government), while Pillar refers to “our allies” and Hassan to “our adversaries”. This is an immediate sign of biased orientation, but also of a desire to please and so qualify with likely patrons.

Loyalty is also expressed by an early denunciation of the enemy. Most of the permissible western media criticisms of “Israel”, for example, begin with a denunciation of the Palestinian resistance, or of Iranian support for the resistance. At the least loyalty to the big power must be demonstrated by suggesting some kind of moral equivalence.

The targets of terrorism should also be relatively privileged groups. In the case of Pillar’s criticism of Israeli terrorism, itself a departure from the normal western defense of the Zionist entity, he chooses the earlier British victims of Israeli terrorism – rather than the many thousands of contemporary Palestinian victims – and makes a moral equivalence with Palestinian resistance. The latter is typically reduced to “Hamas” and their alleged “poorly guided rockets”.  All this is to qualify the discussion for western publication and consumption.

Terminology also plays an important part in demonstrating loyalty, with the enemy described as a “regime” (implicitly illegitimate) and the intervening western power cloaked in an assumed stabilizing or conflict resolution role.

With this in mind, Hassan speaks of Iranian influence as “a problem for the United States”, the Syrian government as a “regime”. Middle Eastern nations are said to be riven by sectarian conflicts (e.g. Sunni v. Shi’ite) and other “complexities”. On the other hand, Washington faces problems as a “stabilizing ally”. Pillar speaks of the Saudi-backed idea for repartition (and weakening) of Yemen as a “federal solution”.

Taking the problem-solving and stabilizing role of Washington as a given, criticism is allowed mainly as regards tactics. Accepting the benevolence of hegemonic prerogatives is a general principle of qualification. It is unimportant that this has little to do with post-colonial international law.

So Riedel writes of the US supposedly looking for a “political solution” in Yemen, while Hassan speaks of the US seeking to “stabilize” the region in face of the allegedly opportunistic agendas of Iran and the Saudis.

Riedel also spoke of Yemen as a “complex problem” for US President Obama, while Pillar comfortingly agreed that it is necessary for Washington to “conduct business” with both “Israel” and Saudi Arabia, despite their terrorism. No real question is raised about what business the USA has initiating war after war in the Middle East region.

Indeed any serious questioning of the overall aims or strategy of western interventions would most likely invalidate or disqualify the article. It would not be published. Yet criticism of the tactical (and chronic) failure of interventionist wars to achieve their goals is allowed.

3. What can be learned from the enemy?

State integrated media (which includes most corporate media, as they are typically key associates of western states) typically steers mass audiences away from enemy media at times of war. Many analysts also either accommodate or fall prey to that prohibition.

In recent decades we have seen many exhortations to stay away from the ‘regime media’ of China, Russia, Cuba, Venezuela, Iran, Syria, and so on. Enemy ‘regime’ media is often labeled as such in western social media. Not so the BBC, Voice of America etc. In fact the US government has been busy taking down dozens of Iranian websites and banning or blocking Russian, Venezuelan, Chinese, Cuban, and other social media accounts linked to these various ‘enemy’ nations.

The problem for western war analysts in adopting this dictate is that important lessons are missed. In general, it is wrong to ignore ‘enemy’ sources because they might be seen as “biased” or “unreliable”. Any source with detailed information (as opposed to just spin and slogans) can be informative, properly read, in at least the following ways.

A. Concessions and admissions: biased or enemy sources, when they contain detailed information, can make concessions on particular matters. This can help avoid pointless and endless debates. For example, senior US officials admitted in 2014 that US allies were funding and arming virtually all the Middle Eastern terrorist groups including ISIS, in support of US efforts to remove the Syrian Government. Syrian and Iranian sources had said this for some years, but the US admissions helped expose the charade.

B. Alerts to information and argument: hostile or ‘unreliable’ sources may alert us to particular information or argument, including independent factual information as well as vulnerabilities in enemy arguments. Any serious researcher or observer must remain open to the possibility that hostile sources might be correct, at least on some particular matters. The Israeli media, for example, understands this well. It has made the statements of Hezbollah leader Hassan Nasrallah virtually mandatory reading, while the man is effectively banned in much other western media, including social media.

The lesson, therefore, should be how to intelligently read enemy sources, rather than avoid them. This must be done according to principle, that is, with regard to general principle and using traditional forensic tools while recognizing self-interest. This requires developing an ability to distinguish between self-serving statements and admissions against interest, a common distinction in law.

Learning in this regard has more to do with observing the detail of argument and particular evidence, and less about the adoption and recitation of conclusions.

0 thoughts on “Learning from Your Enemy: Methodological Failures in Western War Analysis”