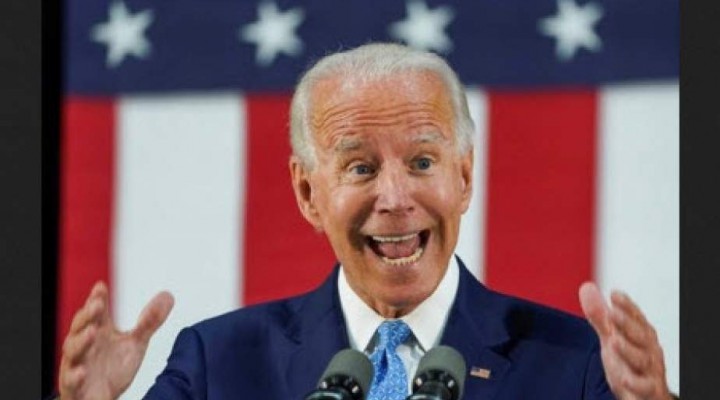 Contrary to a widespread idea, President Biden does not intend to guarantee “equality in Law” of all Americans without distinction of race. On the contrary, he intends to be the champion of “racial equity”, that is to say a form of equality between, not individuals, but what he considers as distinct racial groups. In this article, Thierry Meyssan will use the term “racism” in its literal sense and not in the common sense of “discriminatory behavior”. He will show that by announcing their intention to extend “racial equity” to the whole world, President Biden and the Democratic Party are threatening world peace.

In a federal state, somewhere in the world, the Department of Education decided to teach in primary and secondary schools that humanity is divided into distinct races.

Although these races are distinct, it is possible to mate them and give birth to children. However, these children will be sterile, like the mules of a donkey and a mare. This is why federal government statistics include whites, blacks, etc., but no mixed-race children.

Since there is an implicit hierarchy between these distinct races and, unfortunately, half-breeds are not sterile, they are automatically counted as belonging to the inferior race. The superior race must be preserved from all defilement.

This federal state was the Nazi Reich, but it is also the United States of Joe Biden and his Secretary of Education, Miguel Cardona.

We are witnessing the return of the “scientific racism” that caused the Second World War and its 70 million deaths. No one seems to be aware of the danger, however, and many people think that the U.S. Democrats are examples of openness to others.

Let us remember that the racism of the 1930s had all the trappings of science. It was researched in many scientific institutes and taught in universities in both the United States and Western Europe. To preserve the master race, many “modern” states had banned interracial marriages before World War I.

Commemorative medal designed by Karl Goetz (then ranked on the left). On the obverse, a caricature of a black French soldier with the motto “Liberté, Égalité, Fraternité”, on the reverse, a German woman bound and raped under a French helmet. This openly racist piece was distributed by a few right-wing organizations and by almost all Western left-wing organizations.

Racism is neither of the right nor of the left

In the collective imagination, racism would only develop in right-wing nationalist circles. This is absolutely false.

For example, at the end of the First World War, France occupied the Ruhr coal region militarily. Among the troops were Africans from Senegal and Madagascar for two years. Soon a protest movement developed in Germany, the United Kingdom, the United States and Canada to denounce the ignominy of the French who placed 20,000 blacks to dominate the German whites and rape their women. This racist movement was led by the main anti-racist figure of the beginning of the century, E. D. Morel [1], and gathered all the international feminist organizations in large demonstrations [2].

In France itself, socialists joined this racist movement, including Karl Marx’s grandson, Jean Longuet, a journalist at L’Humanité and future leader of the SFIO (Socialist Party).

It must be admitted that, in troubled times like the interwar period or the one we are living today, people follow their impulses whatever their ideas. They are often in complete contradiction with themselves and do not realize it. 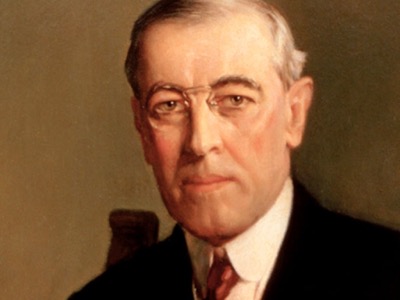 Democratic President Woodrow Wilson (1913-1921) was the designer of the League of Nations, the predecessor of the United Nations. He favored the Klu Klux Klan within his party and established racial segregation.

The slavery and racist past of the American Democrats

In the United States, slavery and racism were mostly defended by the Democrats against the Republicans.

The Democratic Party platforms of 1840, 1844, 1848, 1852 and 1856 asserted that abolitionism diminished the happiness of the people and endangered the stability and permanence of the Union.

The 1856 program declared that the member states of the Union may or may not practice domestic slavery and write it into their constitutions.

The 1860 program describes the efforts of abolitionist states that refused to arrest runaway slaves as subversive and revolutionary.

In 1902, the Democratic Party passed a law in Virginia removing the right to vote from over 90% of African Americans.

The 1924 Democratic National Convention at Madison Square Garden in New York City was called the “Klan-Bake” because of the influence of the Ku Klux Klan in the party.

Things did not really change until 1964, when, just after the Kennedys’ efforts, President Lyndon Johnson signed the Civil Rights Act into law. This was a painful turnaround, as Democratic lawmakers managed to block the legislation for 75 days. 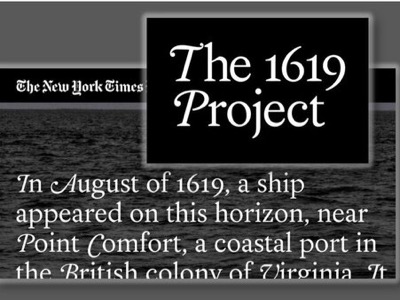 The “1619 Project” is an operation of the New York Times Magazine. It aims to rewrite American history.

The Biden administration claims to be anti-racist and no one doubts its good faith. But it is so in the manner of the Democratic Party of the years 1840-1961. That is, in practice, not at all. Quite the contrary.

Its educational decisions are designed to promote the ideology of the « 1619 Project ». According to this ideology, the United States was not founded by the War of Independence against the British Crown, but more than two centuries earlier, in 1619, with the idea of enslaving black people.

The “1619 Project” was marked by a series of supplements and then dedicated articles in the New York Times since 2019. In doing so, this daily newspaper has moved from trying to report the truth to becoming a propaganda tool for Puritan ideology. According to the NY Times, Native Americans were slavers like the Europeans. However, the Spaniards freed the Amerindian slaves who fled their masters on the condition that they converted to the true faith, Catholicism. In the end, the European colonies in the Americas only really developed after the arrival of black slaves from Angola on the territory of the current USA, in 1619. The War of Independence was not against the unjust taxes of the British Crown, but to preserve the slave system. This is why the United States is systemically racist. It is the duty of every white man to realize the undue privilege he enjoys and to redress the crimes of white patriarchy.

This theory does not rise from history [3]. It mixes slavery and racism (for example, Native Americans enslaved their enemies, but they were not racist). It ignores white slaves (among the first slaves in North America were Englishmen who were convicted by the courts). It despises the emancipation of the colonists from England. Finally, it was not the United States, but the Portuguese who brought slavery to the colonists and traded it. Moreover, this theory is American-centric and ignores the slavery of blacks and their systematic castration by the Arabs for a thousand years.

This theory is religious. It takes up the myth of original sin, which it transforms, and for which it makes every white man responsible. Like the iconoclasts, the Puritans or the Wahhabites, its supporters destroy the impure representations of those who have sinned, starting with the Southern generals.

Each lie begets a new one. Indeed, the Southerners were not defending slavery (which they abolished before the end of the Civil War), but the right of each Confederate state to have its own customs.

The supporters of the “1619 Project” acted exactly like what they intended to fight: men were no longer guilty for what they did, but at birth, by heredity. 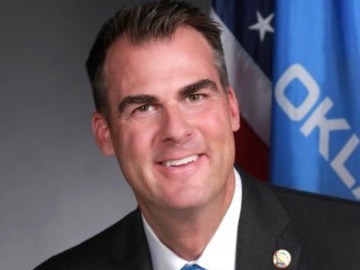 When the Biden administration’s Secretary of Education, Miguel Cardona, decided to promote the “1619 Project” in elementary and secondary schools, there was a nationwide protest.

The most interesting reaction was in Oklahoma. The local Congress passed a bill, which was immediately signed into law by Governor Kevin Stitt. The latter is a Cherokee Indian and a Jacksonian like Donald Trump [4]. This law, HB 1775 (download the text at the bottom of this page), prohibits anyone from teaching the following eight racist propositions:

2. an individual, because of his or her race or gender, is inherently racist, sexist, or oppressive, consciously or unconsciously.

3. a person should be discriminated against or treated adversely solely or in part because of his or her race or gender,

5. the moral character of an individual is necessarily determined by his or her race or sex.

6. an individual, because of his or her race or gender, bears responsibility for the past actions of other members of the same race or gender.

7. any individual should feel discomfort, guilt, anxiety, or any other form of psychological distress because of their race or gender.

8. meritocracy or traits such as a hard work ethic are racist or sexist or have been created by members of a particular race to oppress members of another race.

The legislation banning the teaching of all or parts of these eight propositions in Oklahoma schools was passed by 100% of Republican lawmakers and 0% of Democratic lawmakers.

We must measure the consequences of the “1619 Project” ideology that the Democratic Party and the Biden Administration intend not only to apply in the United States, but to spread throughout the world. It can only lead to massive violence.

[1] E.D. Morel denounced the cruel treatment of the Congolese by the Belgian king, Leopol II.

[4] Democratic historiography holds President Jackson responsible for the genocide of the Cherokee Indians on the “Trail of Tears. Obviously this is not how Cherokke Kevin Stitt thinks.

The Feminization of Western Men

The Shape of Things to Come