HOME / SOCIAL/CULTURAL / From 9/11 to Covid : the refusal of the debate 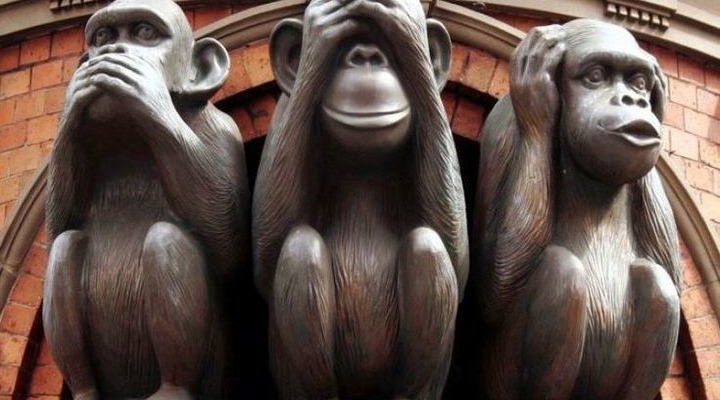 We all have the word “Democracy” in our mouths and our media warn us against the authoritarian drifts of illiberal countries. However, some of us refuse to organize contradictory debates on the attacks of September 11 as well as on the reaction to the Covid-19 epidemic.

The celebrations of the 20th anniversary of the attacks of September 11, 2001 give rise to two absolutely contradictory narratives, depending on whether one refers to the written and audio-visual press or to the digital press. For some, Al Qaeda declared war on the West by plotting a high-profile crime, while for others the same crime masked a domestic coup d’état in the US.

Any debate is impossible between the supporters of these two versions. Not because both sides refuse it, but because the supporters of the official version -and only they- refuse it. They consider their opponents as “conspiracy theorists”, that is to say, in their mind, at best fools, at worst evil people, accomplices -willing or not- of terrorists.

From now on, this disagreement applies to any major political event. And the worldview of the two camps keeps distancing itself from each other.

How could such a fracture between fellow citizens occur in societies that aspire to democracy? Especially since, not this fracture, but the reaction to this fracture makes any democracy impossible.

A CERTAIN CONCEPTION OF JOURNALISM

We are assured today that the role of journalists is to report faithfully what they have seen. Yet when we are interviewed by a local media outlet about a story we know about and see how they have handled it, we are often disappointed. We feel that we have not been understood. Some of us lament that we have come across the wrong journalist and retain our trust in the mainstream media. Others feel that while a little distortion is possible on small issues, a lot more must be done on more complex ones.

In 1989, a crowd attending one of his speeches heard the Romanian dictator, Nicolae Ceaușescu, accuse the fascists of having invented the Timișoara massacre attributed to his regime’s torturers. Revulsed by this denial, the crowd revolted, chanting “Ti-mi-șoa-ra! Ti-mi-șoa-ra!” and overthrew him. The local television station in Atlanta (USA), CNN, broadcast live the few days of this revolution. It thus became the first live news channel and turned into an international channel. However, we know today that this massacre never existed. It was only a staged event using corpses taken from a morgue. It was later learned that a propaganda unit of the US Army had an office adjacent to the CNN newsroom.

The Timișoara manipulation only worked because it was live. Viewers had no time to check or even think. Professionally, no journalist ever drew any conclusions from the event. On the contrary, CNN became the model for the live news channels that have sprung up everywhere.

During the Kosovo war, in 1999, I was producing a daily bulletin summarizing the information from NATO and the regional news agencies (Austria, Hungary, Romania, Greece, Albania, etc.) to which I had subscribed [1]. From the beginning, what Nato was telling us in Brussels was not confirmed by the regional agencies. On the contrary, they described a completely different conflict. It was strange to see that the regional journalists, from all countries except Albania, formed a block, writing texts that were compatible with each other, but not with those of NATO. Week after week, the two versions were moving away from each other.

I n response to this situation, NATO put Jamie Shea in charge of its communications. He told a new story every day from the battlefield. The international press soon had eyes only for him. His story became the media story and the regional news agencies were no longer covered except by me. In my mind, both sides were lying and the truth had to be somewhere in between.

When the war was over, humanitarians, diplomats and UN soldiers rushed to Kosovo. To their surprise – and mine – they found that the local journalists had accurately reported the truth. Jamie Shea’s words had been nothing but war propaganda. They had been the only “reliable” source for the international media for three months.

Western journalists who went to Kosovo also found that they had trusted people who had lied to them with aplomb. Yet few of them changed their tune. And even fewer managed to convince their editors that NATO had deceived them. The narrative imposed by the Atlantic Alliance had become the Truth that the history books would repeat despite the facts.

ANCIENT GREECE AND THE MODERN WEST

In ancient Greece, plays caused strong emotions in the audience. Some feared that the gods would drag them into dark destinies. So gradually the chorus, which narrated the story, also began to explain that one must not be fooled by what one saw, but to understand that it was only a staged show.

This distancing from appearances, which is paralyzed by the myth of live information, is called in psychology the “symbolic function”. Small children are incapable of this, they take everything seriously. However, at the “age of reason”, at 7 years old, we can all make the difference between what is true and what is only a representation.

Reason here is opposed to rationality. To be rational is to believe only in things that are proven. To be reasonable is not to believe in impossible things. This is a very big difference. Because we don’t find the Truth with beliefs, but with facts.

When we see airplanes hitting the World Trade Center in New York and people jumping out of windows to escape the fire, we are all very moved. When the Towers collapse, we are ready to weep. But that should not stop us from thinking [2].

We can always be told that 19 hijackers hijacked four airplanes, but since these people were not on the airline’s lists of passengers on board, they could not hijack these planes.

One can always tell us that the fuel from the two burning planes slipped onto the pillars of the buildings and melted them, which would explain why the Twin Towers collapsed, but not on themselves, and not the collapse of the third tower. For a building to collapse, not on one side, but on itself, you have to blow up its foundations, then blow it up from top to bottom to destroy the floors on themselves.

One can always tell us that panic-stricken passengers phoned their relatives before dying, but since the telephone companies have no record of these calls, they did not exist.

One can always tell us that a Boeing destroyed the Pentagon, but it could not have entered through a porte cochere without damaging the doorframe.

The testimonies contradict each other. But only some are contradicted by the facts.

WHY WE ACCEPT TO BE DECEIVED

There remains a big problem: why do we accept to be deceived? Usually because the Truth is harder for us to accept than the lie.

For example, when for years the son of the president of the National Political Science Foundation denounced the rapes he was subjected to by the president, everyone pitied the poor delusional boy and praised his father for enduring his madness without saying a word. When the victim’s sister published a book of testimonies, everyone realized who was telling the truth. The president was forced to resign. The rapist owes his escape from justice only to his status: former European deputy, president of the emblematic institution of the entire French political-media class and president of the Siècle, the most exclusive private club in France.

Why do we believe that Al Qaeda is responsible for the 9/11 attacks? Because the Secretary of State, General Colin Powell, came before the United Nations Security Council and swore it. It doesn’t matter that he lied years earlier when he validated the story of the incubators stolen from Kuwait by the Iraqis and the babies left to die. Or that he lied later about President Saddam Hussein’s weapons of mass destruction. He is a Secretary of State and we must believe him.

On the contrary, if we question his word, we should not only ask why we invaded Afghanistan, then Iraq, and so on. But also and above all why he lied.

The enigma of 9/11 is not a question of the past. Our understanding of the last twenty years depends on how it is answered. As long as we do not have contradictory debates between the two versions, we will reproduce this fracture on all global issues.

We are currently experiencing another catastrophe, the Covid-19 pandemic. We have all seen a large laboratory, Gilead Science, bribe the editors of the medical journal The Lancet to denigrate a drug, hydroxychloroquine. Gilead Science is the company formerly headed by the 9/11 Secretary of Defense, Donald Rumsfeld. It is also the company that produces a drug against Covid-19, Remdesivir. In any case, no one dared to look for drugs to treat Covid anymore. Everyone turned to the hope of vaccines.

Donald Rumsfeld had instructed his staff to develop protocols in case of a bioterrorist attack on US military bases abroad. Then he asked one of them, Dr. Richard Hachett, who was a member of the US National Security Council, to extend this protocol to an attack on the US civilian population. It was this man who proposed the compulsory confinement of healthy populations, provoking an outcry from American doctors, led by Professor Donald Henderson of John Hopkins University [3]. For them, Rumsfeld, Hatchett and their advisor, the senior civil servant Anthony Fauci, were enemies of the Hippocratic oath and of humanity.

When the Covid-19 epidemic occurred, Dr. Richard Hatchett had become the director of CEPI (Coalition for Epidemic Preparedness Innovations); an association created at the Davos Forum and funded by Bill Gates. It was Hatchett who first used the expression “We are at war”, which was taken up by his friend President Emmanuel Macron. It was he who advised confining healthy populations as he had imagined 15 years earlier in the “war on terror.” Anthony Fauci, on the other hand, was still at his post. He had embezzled federal money to finance illegal research in the United States. The research was conducted for him at the Chinese laboratory in Wuhan.

Normally, the medical professions would have risen up again against the compulsory confinement of healthy people. This did not happen. They overwhelmingly considered that the situation required violating the Hippocratic oath.

Today, the Western countries that followed Dr. Hatchett’s advice and believed Gilead Science’s lies have a terrifying record of this pandemic. The United States has 26 times more deaths per million people than China. And its economy is devastated.

This would deserve some debate and explanation, but no. We prefer to see our societies fractured again between supporters of Anthony Fauci or Professor Didier Raoult.

Instead of talking to each other, of confronting our arguments, we organize false debates between the supporters of the dominant doxa and those of the most grotesque opinions possible.

It is useless to aspire to live in a democracy, if we refuse to really discuss the most important subjects.