Analysis of the European Parliamentary elections 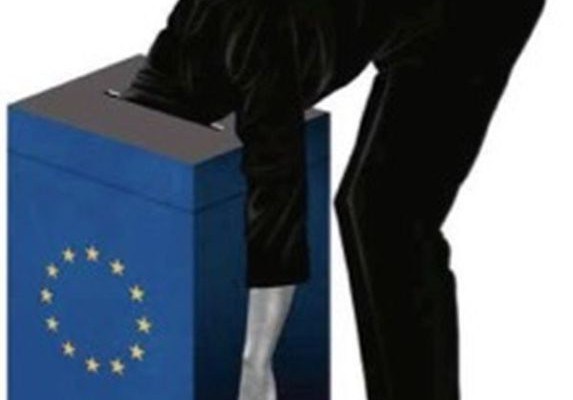 Already, one day after the elections, each party is proposing an interpretation of the results which is in their favour. Any objective reading would be bound to annoy one or the other. And yet the figures can not be denied.

The results of the European Parliamentary elections do not correspond in any way to what was expected – including by this writer. The present analysis is based on the provisional results of Monday 27 May at 10 a.m. GMT.

Of course, several states had organised other votes for the same day, but this is not sufficient to explain the increase in participation. Several interpretations are possible. The only certainty is that voters considers that the Union – and not the Parliament – is more important for their future than it used to be.

2— The First Cold War parties are in the lead for the Parliament, but have been violently rejected in France and the United Kingdom to the profit of the liberals

The situation of these countries is different. France had already begun its metamorphosis during the second round of the Presidential election in 2017, with the elimination of the right and left of the First Cold War parties. This confirmed the demise of Les Républicains (8%) and the Socialists (6%).
The United Kingdom used a different logic to arrive at the same conclusion. Britain is a country whose legal culture is totally different from that of the Union, but which fashioned that of the United States. During the presidency of Barack Obama, the UK decided to leave the EU and join the North American Free Trade Agreement (NAFTA) [1]. But when the UK voters opted for Brexit, the United States, with Donald Trump, began to move away from an imperialist policy towards a Jacksonian policy. Distraught, the British ruling class was unable to find new partners, and blocked the Brexit vote. The Labour Party obtained only 14% of the vote, and the Conservatives 8%, while the Brexit voters swamped them by scoring 31%.
This massacre was a windfall for the Alliance of the Democrats and Liberals for Europe (ADLE), represented in France by La République En Marche (22%) and in the United Kingdom by the Lib-Dems (18%).
Although the right wing (PPE, 178 seats) and the left wing (S&D, 149 seats ) remain the major colours in the European Parliament, they are closely followed by the Liberals (ADLE, 111 seats). Taking into account the historical precedents, we may expect that France and the United Kingdom will influence the rest of the Union, and that in the next election, the PPE and the S&D will disappear to the profit of the Liberals.

3— Minimal increase of the identitarian objective

The Italian Matteo Salvini harboured the ambition of founding an alliance between the various parties opposed to the system. It transpired that he was unable to group the identitarian parties around a common rejection of the Anglo-Saxon model of a « multi-cultural society » (in other words, a fragmented society in which each cultural community, instead of sharing the same national references, lives by its own codes and references).
The confirmation of the European model of society as opposed to the Anglo-Saxon model will become perfectly compatible with the institutions of the Union if the United Kingdom manages its Brexit. It is quite wrong to represent Salvini’s coalition as « Euro-sceptic » or « extreme right wing ».
Finally, the Europe of Nations and Freedom (ENF) has only progressed by 16%, going from 50 to 58 seats out of 751.

4— Failure of the idea of European sovereignty

Any exposé of the Anglo-Saxon hold on the Union, as stipulated by the Treaties, or the European character of Russian culture, has been excluded from the media landscape.
Let’s forget about the rhetoric concerning the « power of the Union », faced with China, Russia and the USA – this, as everybody knows, is no more than a grandstand slogan. The voters have understood that a new Cold War is being prepared, but they believe that NATO was its best ally during the First Cold War, and so they should stand fast with it during the Second. However, the lack of public debate on this theme reveals an uneasy conscience, as if they felt their choice was both careful and cowardly at once.

5— In Germany and France, the substitution of the goals of the « civil society » for political questions

The Anglo-Saxon expression « civil society » indicates associations which, because of their status, are not associated with politics, but defend other causes. This is precisely the case of environmental questions, which are often transnational, but always subordinate to political considerations. For example, even if we were to get rid of all the cars and trucks in the Union, the decrease of Co2 would be minimal compared with the quantity produced by the ships and aircraft necessary for economic globalisation. Or again, even if we were to protect, all the species which are becoming extinct, not only in the Union, but all over the world, this would not preserve the biodiversity destroyed by war. Incidentally, in a war situation, all environmental regulations would be forgotten.
The expansion of the Green Party in Germany (20%) and in France (13%), therefore translates the impotence of voters in political matters. Since we can not act against imperialism and economic globalisation, let’s make ourselves useful in other ways.

The powers are preparing for a new Cold War.

0 thoughts on “Analysis of the European Parliamentary elections”