HOME / Economy / What the trade war between China and the U.S. means to Latin America 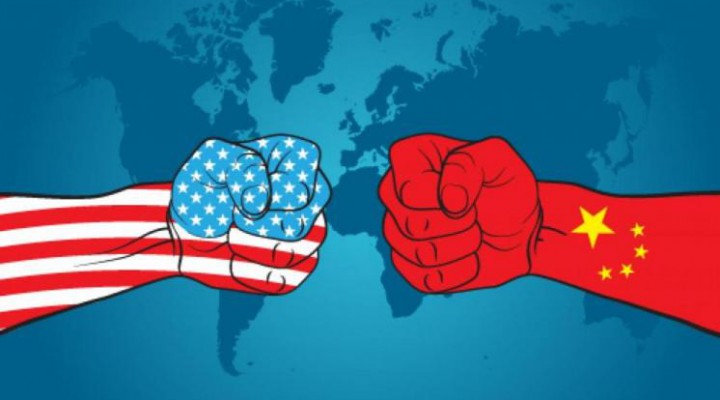 U.S. President Donald Trump has turned the world into a great geopolitical battlefield where whoever resists receives sanctions, embargoes, threats of military intervention, or bombs dropped on them, like in the case of Syria. At the beginning, the usual U.S. lackeys fell before his feet in submission, but not Russia and China.

The uncertainties of trade wars not only worry the Americans and Chinese, but also the international economy markets and much of the citizens. Latin America was of course no exception to this worry. The consequences can be very negative for Latin America, although the final effect will not be the same in all countries and will vary according to international trade), whether countries are integrated into production and the non-commercial.

With the trade war raging, U.S. growth has ballast to about two tenths; China, about a seventh; and the world, about two tenths. Damage that could be alleviated in the case of the two great world powers, thanks to fiscal and monetary policies, something that Latin America could also achieve.

According to the IMF, the OECD and the ECB, the U.S. GDP would be affected to the tune of 0.6%, 1.5% and 2.2%, respectively according to each organization; while that of China would decrease between 1% and 1.5%, according to the forecast of the first two agencies, and earn some tenths according to the ECB. This is because the IMF and the OECD believe that China would be the most affected in the event of a conflict, while the ECB believes just the opposite, that the greatest damage would be suffered by the US, given that the Asian giant and Europe could even earn a few tenths in case of conflict.

In Latin American terms, the consequences would not be the same in all countries, the most vulnerable being the most vulnerable and commercially exposed to China and the United States although, as we see, the predictions are so variable that it is complex to predict the final results.

Beyond the complexity and variety of forecasts, in the case of Latin America, Mexico – whose most important trading partner is naturally the U.S. considering its geographical location – should be differentiated from South America, which has China as its trading partner.
Mexico should have been one of the countries to benefit the most from the trade conflict – particularly because of the Free Trade Agreement between Canada, Mexico and the U.S. – and it seemed that it would be. In fact, while Chinese imports into the U.S. declined in 2019, those of Mexican origin increased. In the first quarter of this year, Chinese imports into the U.S. reduced from 21% to 17.7%, while the Mexican ones increased from 13.5% to 14.5%.

But that commercial increase, which seemed to benefit Mexico’s economy extraordinarily, especially when Donald Trump withdrew the tariffs imposed on Mexican and Canadian steel and aluminium, in exchange for the withdrawal of taxes on U.S. agricultural products, will finally not be so beneficial as thought.

The Latin American currencies lost value against the dollar – 3.6% in Colombia; 2% for the Brazilian real; 2.4% on Chilean peso; and 1.4% the Peruvian sun. In addition, the sustained trade war could affect the region in general and will see the decrease in the price of raw materials . Since Latin America benefited from Chinese growth with a moderate and sustained regional economic expansion in the last two decades, thanks to the sale of raw materials at a good price, the commercial conflict can cause the demand to slow down and, therefore, see prices crash.

Peru, a country that bases 60% of its exports on minerals, especially gold and copper, so, in part, it was able to see the damage suffered, since although copper fell 4.2% in the first three weeks of May, gold is always a sought-after refuge in case of crisis. Gold offsets the fall in the price of copper – together with the decline in the price of oil -, something similar to what happened in the agricultural sector, where the increase in the price of imports such as corn (9%) and wheat (12%).

Another South American example worth looking at is Argentina, a country in the midst of an economic decline and that also maintains close commercial relations with both China and the U.S. The Chinese can compensate for the decline in U.S. purchases from Argentina with an increase in sales to China, balancing what Beijing has stopped buying from Washington. Argentinian soybeans and pork are the main products the Chinese have their eyes on.

In truth, the U.S. has lost the commercial war with China because the tariff confrontation has not been able to stop the independent development of Beijing, which is continues to rapidly grow, and because tariffs are having negative effect on U.S. companies too. This was demonstrated when Google, QualComm, Intel and Microsoft lost a very important customer in Chinese-owned Huawei. In addition, the BRICS group (Brazil, Russia, India, China and South Africa) represents a strategic advantage in the conflict.

Therefore, Trump is likely to continue with the trade war as he cannot admit defeat with the next Presidential Election just around the corner. Although it is difficult to foresee the future, it appears undeniable that Latin America, in case of conflict, far from positioning itself with the U.S., is eager to increase its commercial relations with China, especially soybeans, to compensate for the losses of US purchases that the conflict could cause.

Can the American Economy Be Resurrected?

0 thoughts on “What the trade war between China and the U.S. means to Latin America”