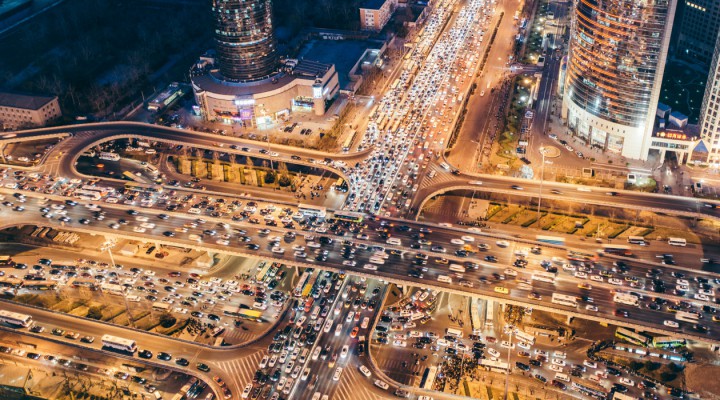 Geography plays a crucial role in world politics, in this century as in any other. For a long time, of course, the center of geopolitical power has been the United States, whose influence, Bruno Maçães notes, has “radiated to the maritime edges of the large Eurasian supercontinent.” But now the Eurasian supercontinent is becoming an increasingly integrated space, organized not according to a Western model but according to a Chinese one. Mr. Maçães, a former Portuguese diplomat and China-based analyst, observes that internal Eurasian trade is now close to $2 trillion annually, more than double trans-Atlantic trade and “significantly more” than trans-Pacific trade.

China’s emerging mastery of this Eurasian trade zone is described in visionary, granular detail in “Belt and Road: A Chinese World Order.” Mr. Maçães’s occasional boosterism for China is more than offset by his ability to explain Chinese logic to the West. Until now, China’s so-called Belt and Road Initiative—its plan, announced in 2013, to integrate Eurasia and beyond with a series of infrastructure projects across dozens of countries—has been defined mostly in Western terms. Mr. Maçães takes us inside the Chinese worldview. 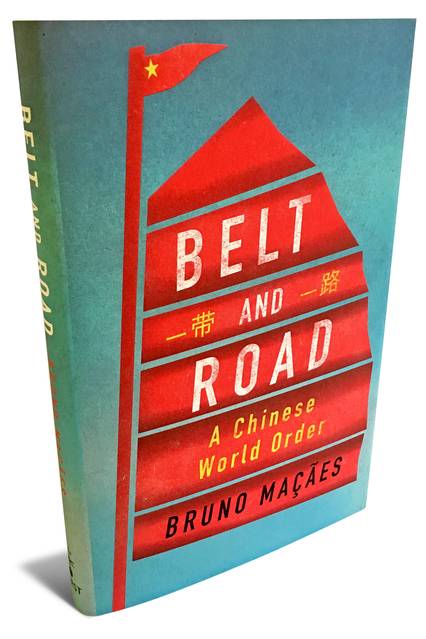 While the United States has always believed that it has cornered the market on universal values, the Chinese, Mr. Maçães intimates, have their own brand of universalism stemming from a civilizational serenity: Their innate superiority allows them, they believe, to incorporate other value systems, democratic or not, into their own. So while the West faults the Belt and Road Initiative according to its own model of capitalism—not least for the crushing fiscal debts that the initiative has created in countries like Sri Lanka and Pakistan—China sees the project in imperial terms: a way to influence geopolitics and create its own supply chains to compete with those of the West.

Whereas the United States and Europe obsessively apologize for westward expansion and colonialism, the Chinese are proud of their own imperial tradition. Indeed, Belt and Road is nothing less than a “new theory of international relations,” Mr. Maçães says, and, he implies, it borrows little from democratic norms. Instead it follows Taoist logic: “the single concept first divides in two—land and sea—then in several—the corridors and countries—then in many—the specific projects and privileged locations.” The one connects the many.

The Belt and Road Initiative, in the author’s telling, aims to expand the Chinese market beyond the country’s borders in order to absorb China’s excess economic capacities. All of Eurasia, in other words, will constitute China’s domestic market. In Chinese leader Xi Jinping’s formulation: “Our international objectives are to strive for favorable external conditions for China’s reform, development and stability.” Because the economies of the developing world are “still relatively pliable,” Mr. Maçães says, developing countries will fit seamlessly into China’s emerging Afro-Eurasian system.

Because China is too dependent on imported oil through the narrow Strait of Malacca, Belt and Road features a string of Indian Ocean ports where pipelines will bring Middle Eastern oil north directly into China. (It is undoubtedly a great age in history to be a Chinese civil engineer.) Whereas the China-Kazakhstan border, when I visited there in 1994, was a filthy wasteland where smugglers and criminals ran amok, in 2016, when Mr. Maçães visited, it was the site of the Horgos International Cooperation Center: a vast free-trading and warehousing zone, including a new city and a dry-land port. In Djibouti, on the Horn of Africa, China has developed a new port and military base—and pressured the local government to expel the port’s previous operatives from the United Arab Emirates. One goal seems to be to help locate some of China’s low-end manufacturing in neighboring, landlocked Ethiopia. The Chinese built up Gwadar Port, at the southwestern tip of Pakistan, to have a perch near the Persian Gulf, where China may yet build a naval base, at Jiwani. Gwadar is surrounded by separatist rebels; thus China’s plan to expand Belt and Road south from China through Pakistan to the Indian Ocean may run into serious security problems. If so, as Mr. Maçães patiently explains, the Chinese will simply reassess, since Belt and Road is a grand strategy open to constant adjustment. Their approach is not rigid but experimental.

The West has seen history as progress, leading in turn to a more humane society. But the Chinese are betting that history may have no particular direction at all and that they can take it where they choose. To be sure, when President Donald Trump tore up the Trans-Pacific Partnership at the beginning of his term—a free-trading agreement and the capstone of an American-led democrat-trending order in Asia—he left the Eurasian supercontinent with only one big, overarching idea: that of the Belt and Road Initiative.

Mr. Maçães believes that Belt and Road might replace the Western model of development, built on Enlightenment ideals of transparency and public knowledge, with a far more opaque system, one in which, as he puts it, “deals are agreed upon, often with no written evidence, and where hierarchy resembles that of security-clearance levels of access.” The result may be “a world of saints, soothsayers, and spooks,” where power is exercised implicitly rather than explicitly.

Given enough time, the annual symposia of Belt and Road participants may become more significant than the increasingly irrelevant meetings of the United Nations General Assembly and the increasingly decadent gatherings of the World Economic Forum in Davos, Switzerland. One thing is certain: Whereas the Americans are adrift, the Chinese have a plan.

Mr. Kaplan is a managing director at Eurasia Group. His most recent book is “The Return of Marco Polo’s World: War, Strategy, and American Interests in the Twenty-First Century.”

0 thoughts on “‘Belt and Road’ Review: A Chinese World Order”