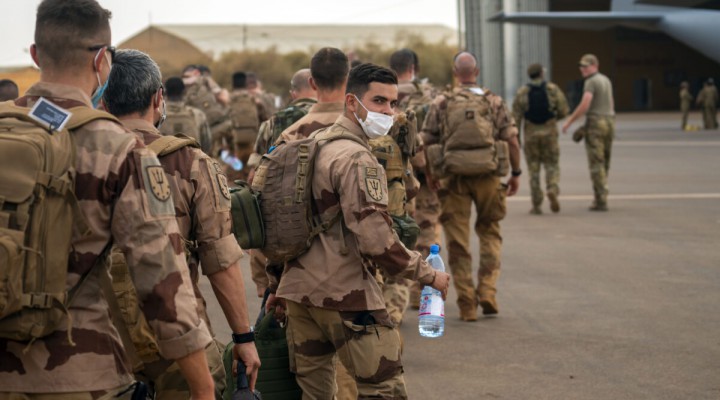 In January 2013, a ten-month-old armed rebellion led by jihadist groups affiliated with Al-Qaeda threatened to capture all of Mali. The Malian government turned to its former colonial overseer for help, and France dispatched some 3,500 troops which, along with another 1,900 from Chad and Niger, swiftly defeated the insurgency. Some three weeks later, French President Francois Hollande was feted as a conquering hero by crowds of cheering Malian citizens during a visit to the northern Malian city of Timbuktu, which French forces had just recaptured from rebel forces.

A decade later, Islamic terrorist groups, far from being defeated, have overrun the Sahel, spreading from Mali to Burkina Faso, Senegal, Cote d’Ivoire, Benin, and Togo. France, once viewed as liberators, has been asked by a Malian government that, nearly a decade after the French intervention, now views the French military as an occupying power, to remove its troops from Mali soil. French President Emmanuel Macron, on February 17, 2022, announced that France would be terminating Operation Barkhane, the name for the multi-national force led by French troops, that had been fighting Islamist insurgents in Mali and elsewhere in the Sahel for a little more than nine years.

The Mali government had grown weary of the French-led military campaign which had not only failed to bring the Islamists to heel but resulted in the deaths of thousands of Malian civilians in a losing effort. Iyad Ag Ghaly, the leader of the major Islamist group fighting in Mali, Jamaat Nusrat al-Islam wal Muslimeen (JNIM), has agreed to enter peace talks with the Mali government, but only on the condition that Operation Barkhane be terminated and the French-led forces sent back to their respective countries.

One of the main reasons Islamic jihadism has flourished in the Sahel has been the inability of France and its allies to turn military victory into meaningful social reform. Political instability is the lifeblood of Islamic jihadism, and the Sahel has become the poster child for political chaos. By way of example, the five regional political leaders from Chad, Burkina Faso, Niger, Mauritania, and Mali, who originally backed the French intervention are no longer in power, victims of domestic political instability at home.

The United Nations, which deployed the United Nations Multidimensional Integrated Stabilization Mission in Mali (MINUSMA) on the coattails of the initial French military intervention in 2013, sought to promote security and stabilization in support of a national political dialogue leading to the reestablishment of State authority, the rebuilding of the security sector, and the promotion and protection of human rights. What it got instead was an endless conflict that has taken the lives of more than 200 UN peacekeepers and 6,000 Malian civilians killed in 2021 alone. This failure empowered the May 25, 2021, coup which put a military junta led by Colonel Assimi Goita in power; it was Goita who subsequently ordered the French to leave.

While France claims that its forces are not leaving the Sahel, but simply redeploying to other neighboring countries, the sense of unity which existed regarding the counterterrorism mission that began in 2013 is finished. The European Union is withdrawing Task Force Takuba, its 200-man commando force, and Germany is threatening to do the same with its 1,700-strong training mission. Moreover, Mali’s decision to invite the Russian paramilitary Wagner Group to take over from the French has turned what was a unified counterterrorism mission into an extension of the US/NATO-Russian geopolitical competition. The introduction of Russian forces into the Sahel has caught the attention of the United States, which has its own considerable military presence in the region. “Wagner is in Mali,” General Stephen Townsend, the head of the US Africa Command, told reporters in January of this year. “They are there, we think, numbering several hundred now,” adding that “the world can see this happening. It’s a great concern to us.” Russian officials, including President Putin, have meanwhile been distancing themselves from the Wagner Group, saying it’s a private company doing its own business without the Kremlin’s involvement.

Of perhaps even greater concern to the US and France is the success Mali has enjoyed on the battlefield fighting Islamic insurgents as part of the Malian Army’s “Operation Keletigui,” which has enjoyed significant success in recapturing territory in central Mali previously held by JNIM fighters. The Malian military advances, done in concert with the support of Russian paramilitary, has proven to be an embarrassment to France, which had been unable to achieve anything remotely resembling such battlefield success since the early weeks and months of Operation Barkhane, back in 2013.

The Malian-Wagner victories have prompted France to take the lead in accusing the Goita government of committing war crimes in its fight against the JNIM, something the Malian government vehemently denies. The echoing of these charges by the Office of the High Commissioner for Human Rights of the United Nations on March 8, has prompted the Malian government to further reduce its ties to France, banning the broadcasting of several French news outlets which had aired the UN allegations.

The divorce with the West is nearly complete, highlighted by the Mali-Wagner relationship. According to General Townsend, when he learned of the deployment of Wagner forces to Mali, “I traveled to Mali and I met with … the junta president there,” explaining that it was “a bad idea to invite Wagner in because we’ve seen them in Syria and other places in Africa.” Townsend claims he told Colonel Goita that “[Wagner] won’t partner more effectively [than the French]. I think they will only bring in bad.”

If the current battlefield performance of the Wagner-assisted Malian Army is any judge, the warnings of General Townsend have proven to be baseless. The fact that Russia may hold the key to defeating Islamist extremism in the Sahel can only be seen as a strategic defeat for France and the US in Africa.