Why Capitalism Needs Imperialism To Drain Wealth From the Global South 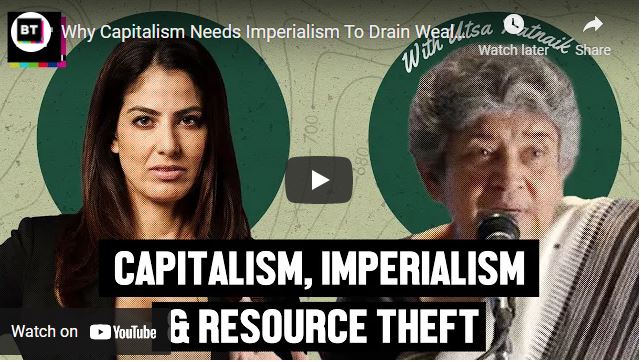 Why does capitalism need imperialism? What is the magnitude of colonial and imperial theft of resources from the Global South? How did global capitalism adapt after World War II and in the neoliberal era? And how is it fueling neofascist movements today?

Rania Khalek was joined by renowned Marxist Economist Utsa Patnaik. She is co-author of “A Theory of Imperialism” and the more recent “Capital and Imperialism: Theory, History, and the Present,” with Prabhat Patnaik.

Pandora Papers: Who Needs Exotic Tax Havens When the U.S. is Already a Big One?