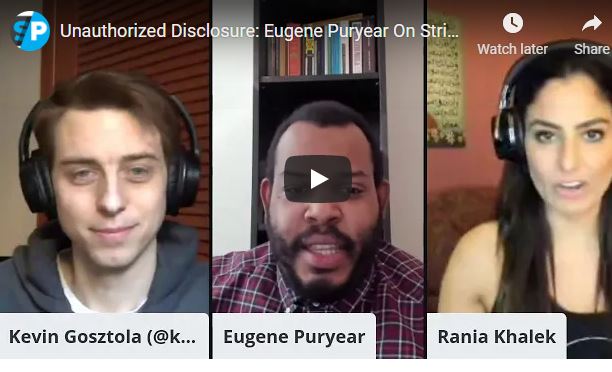 Eugene Puryear, host of Break Through News’ “The Punch Out,” joins Rania Khalek and Kevin Gosztola to discuss the United States military strikes in Syria that were launched by President Joe Biden’s administration. They respond to the praise for Biden and how the establishment media helped the Pentagon present it as a “measured” act.

Given the news that Democrats will allow the Senate Parliamentarian to disqualify the raising of the minimum wage from the coronavirus stimulus bill, Eugene outlines the politics of the decision to not fight for working people.

Later in the episode, Eugene highlights a new development involving an NYPD officer’s letter that was written on his death bed, which backs up some of what has been said about the assassination of Malcolm X.