HOME / Multimedia / ‘The US Wants Russia To Invade’: Ben Norton On Manufactured Crisis Around Ukraine

‘The US Wants Russia To Invade’: Ben Norton On Manufactured Crisis Around Ukraine 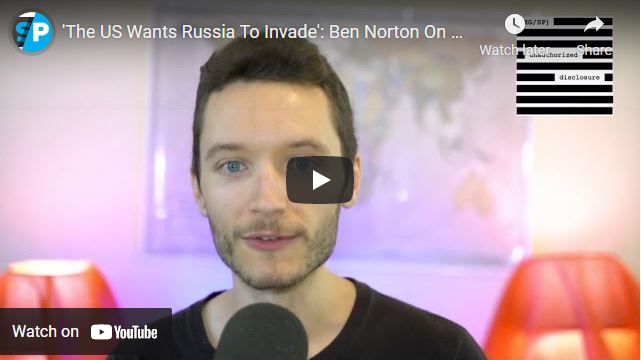 From the latest episode of “Unauthorized Disclosure,” hosts Rania Khalek and Kevin Gosztola get an update from journalist Ben Norton on the manufactured crisis around Russia supposedly planning to invade Ukraine.

Ben is the editor of Multipolarista.com and the host of “Propaganda Today.”

The United States and the United Kingdom continue to insist Russia will launch a massive invasion in the coming days, despite failing to predict the future multiple times already. They have the world primed for a potential World War III, and yet officials have yet to show evidence for such dire assessments.

As an ex-US intelligence officer, I believe an American sub did violate Russian waters

Washington Has Prepared an Invasion Narrative

0 thoughts on “‘The US Wants Russia To Invade’: Ben Norton On Manufactured Crisis Around Ukraine”