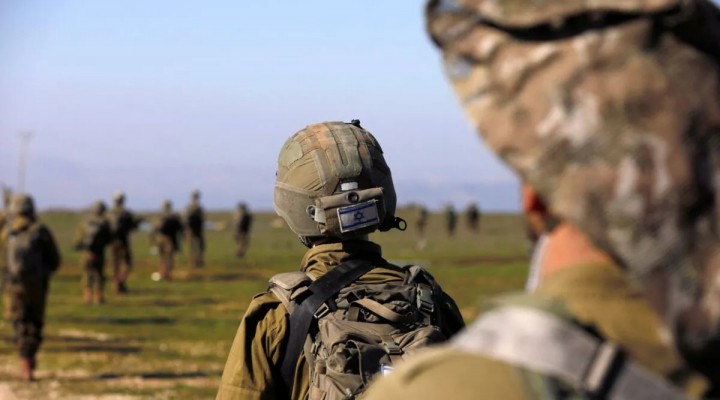 A recent report by the Stockholm International Peace Research Institute (SIPRI) places Israel in 10th place when it comes to the share of global arms exports from 2017 to 2021, with its primary recipients being India, Azerbaijan and Vietnam. Israel placed 14th in arms imports, its main suppliers being the US, Germany and Italy. The statistics indicate a 19 per cent increase over the period between 2012 and 2016.

The US supplied 92 per cent of Israel’s arms imports from 2017 to 2021, including military aircraft and guided precision weapons. SIPRI’s report notes that the F-35 combat aircraft “has since 2018 been used in air strikes on targets in Gaza, Lebanon and Syria,” while also considered “a key component of Israel’s capacity to attack targets in Iran.”

A report by The New York Times in January this year stated that the Indian government had purchased Israel’s Pegasus spyware back in 2017 as part of a $2 billion deal which occurred when Indian Prime Minister, Narendra Modi, made his first visit to the settler-colonial entity. The same can be attributed to the US Federal Bureau of Investigation (FBI), which made the acquisition in 2019. According to The New York Times Magazine, Israel is strategising its surveillance systems in the way it does weapons, making Pegasus “a key component of its national security strategy” and also used as leverage in securing Arab countries’ normalisation of Israel and the Abraham Accords.

This is not just about Israel’s macabre performances in Gaza, although they are the most prominent in terms of showcasing Israeli brutality. With no place to go, Palestinians in Gaza have endured horrific bombardments and suffered internal forced displacement repeatedly, while Israel demonstrates its military might and profits later.

The commitment to Israel’s security narrative has reached collaborative efforts within the international community. Israel’s defence of its security narrative is mostly called into question only when mainstream media creates a sensation over human rights violations and, even then, Palestinians are still silenced by interpretations of colonialism as conflict.

Israel’s main military suppliers – the US, Germany and Italy, are proponents of the two-state compromise – the diplomatic excuse for colonisation which, at face value, is taken as purported vision for an independent Palestinian state. Such support is non-existent. On the contrary, Israel’s security narrative is the main priority in terms of the paradigm, as well as its regional and global influence. Between diplomacy and the arms trade, Palestinians face little prospects for independence, particularly if the two-state compromise is allowed to remain as a veneer for Israel manufacturing violence.

The Palestinian Authority and the US are on the same page